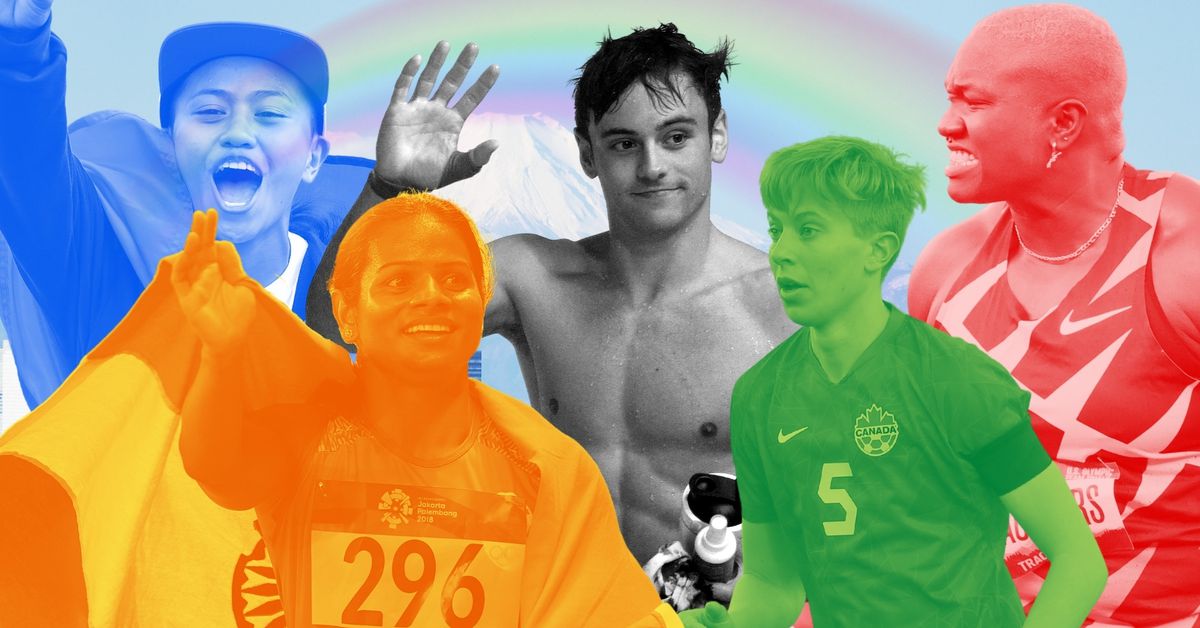 At least 131 publicly out gay, lesbian, bisexual, transgender, queer and nonbinary athletes are headed to Tokyo for the Summer Olympic Games, more than double the number who participated at the 2016 Rio Games.

The number of publicly out LGBTQ athletes in Tokyo is greater than the number athletes who have participated in all of the previous Summer Olympic Games combined while publicly out.

The massive increase in the number of out athletes reflects the growing acceptance of LGBTQ people in sports and society. The rise of social media, especially Instagram, has given athletes a forum where they can live their lives openly and identify directly with their followers.

“Competing at the Olympics as an openly gay athlete is pretty amazing,” Canadian swimmer Markus Thormeyer told Outsports. Thormeyer was not out when he competed at the 2016 Rio Olympics and came out publicly as gay in a 2020 essay for Outsports.

“Being able to compete with the best in the world as my most authentic self at the biggest international multi-sport games shows how far we’ve come on inclusion in sport. I’m hoping that by competing at these Games I can show the LGBTQ community that we do belong and we can achieve anything we put our minds to.”

This year at least 25 different countries will be represented by at least one publicly out athlete in 26 sports, including the first trans Olympians.

The United States has the most out athletes at these Olympics, with the more than 30 out athletes we know of about a quarter of all the attendees on the list. Team USA is currently followed in the number of publicly out LGBTQ athletes by Britain (15), Netherlands (12), Canada (11), New Zealand (9), Australia (9) and Brazil (7). We will update the numbers as we learn more about the current Olympic athletes.

These numbers include reserve athletes who have been practicing with the team and are traveling to Tokyo with the team.

Women on the list outnumber men by about a 7-1 margin, with women’s soccer having more than 30 out players. This continues a trend seen at past Olympics and is reflective of out athletes in elite non-Olympic sports where women also proliferate.

To be included on the Outsports list of out LGBTQ Olympians, an athlete has to have come out publicly in the media, or they have to be clearly out on their public-facing social media.

If someone has not made a public declaration to the media that they are LGBTQ, they can still be included on this list if they are openly living their life as an out person on social media, particularly if they have made clear they are in a same-sex relationship.

We also work with LGBT historian Tony Scupham-Bilton, who runs the blog The Queerstory Files, to compile the most extensive list anywhere, and each athlete has a link below to some aspect of them being publicly out.

We know we likely have missed some out athletes, especially those who are non-Americans, as Outsports is based in the United States. If you know of an out LGBTQ athlete not on the list, or have any other inquiry, please contact us via email (outsports@gmail.com), or direct message us on Twitter (@outsports), Instagram (@outsports) or Facebook (OutsportsSBN).

# Denotes the athlete was added after our initial list was published on July 12.

This does not, of course, include the coaches and trainers who are LGBTQ in Tokyo. For example, we know Minnesota Lynx coach Cheryl Reeve is publicly out. She will be working with the United States women’s basketball team.

We are not including Paralympians on this list. We will be covering the Paralympics separately. Please check back for our list of out LGBTQ Paralympians ahead of those Games.

This list was compiled by Cyd Zeigler, Jim Buzinski and Shelby Weldon of Outsports and LGBT historian Tony Scupham-Bilton.