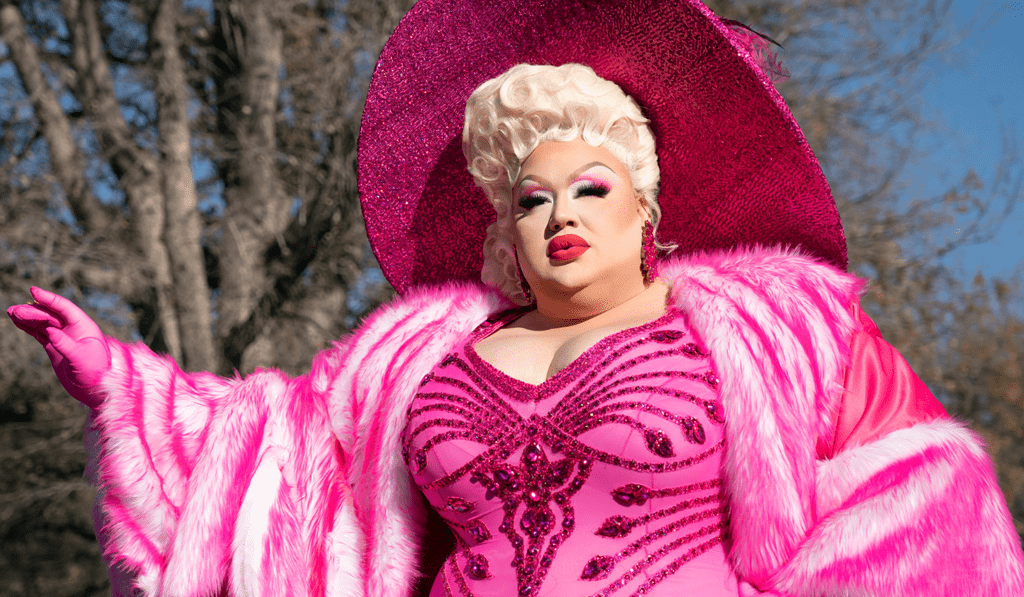 You come from a small town in East Tennessee, so how did your experiences growing up there prepare you for the show?
I think that’s why I wanted to do it. I know what it’s like, and it just prepared me in the sense of… I am these daughters. I’ve been these people. I’ve been suppressed in a town where I’m not accepted for who I am. I’ve been bullied. I’ve been the attention when I didn’t want to be the attention because of who I was or how I looked. I also lived in a town where I was only accepted in certain environments, and we had a select place where we could go and be ourselves. There’s magic in being able to be yourself. It took a long time to learn and truly love myself, even after experiencing other things. It took time for me to truly find my self-worth. I grew up in an area where the morals and the ideas of who you’re supposed to be, what boys are and what girls are, were so strict. You learn how to navigate things differently once you figure out how to get past a lot of those roles.

What did you find out about modern attitudes towards queer people when you visited these small towns? There was one scene when the police got called on you, just because you were standing there in drag.
I mean, it wasn’t surprising. Because… Is it okay that I eat?

I’m 30-years-old and it took my 30 years to love myself, and I’m still learning everyday because it’s a constant fight.

Absolutely.
Okay. I don’t want to be rude but this chicken over here… The thing about it is, I wasn’t surprised. I’ve been in these situations before because of where I come from. But also, just as much as these negative moments, I was also shocked and surprised sometimes by the love and acceptance in some places. It’s weird because sometimes, it can be a store that looks like, ‘Oh girl this is the store for us henny! We’re going in there.’ The store specifically was a souvenir store, and it had a lot of custom Indian pieces in the window, it looks really creative and we were so excited to check it out. We hadn’t even gone inside, we were just standing outside, and the person came out like, ‘I called the cops. Y’all gotta go.’ We hadn’t even decided we were going in there yet! It just goes to show that we still have a long way to go. People forget. We get so trapped, especially because we live in bigger cities or more populated queer areas, where we forget that there’s a lot of areas out there where people are alone and going through pain. Then they wonder why we sometimes have negativity, or the struggle that people see online. A lot of these people online are living bi-curiously throughout our lives on social media, and through these shows that they’re watching, because they don’t get to live it in their lives – so they’re sassier and have more of an opinion. It’s because they’re not allowed to have one. Sometimes, it might not be the right opinion, but when you’re in those situations, you can be really hurt, angry and on the defence, and you don’t have a voice. So, when social media and the internet gives you a voice… I think that’s why we have social justice warriors online, and thank god for them, but also, there’s a lot of expression of pain. I mean, I could go on and on – I love to ramble!

You recently tweeted that you’re not the same person you were a few years ago. How would you say you’ve grown as a person and a drag queen since your double Drag Race stint?
A couple years ago, I was in a lot of pain. My mom was sick and I was losing the one person that I had… I’ve grown so much in the last couple years as a person, and I think it’s through experiences. Working is one of those. I have found my mark, to be honest. Through losing my mum, it put clarity in my heart when it came to mortality, but I feel her with me now more than ever. It’s nice that she’s not suffering, because she was sick for almost three years before she passed away. As strong as I thought I was, looking back on it, I realised I wasn’t. But when you’re raised in different areas, and with fame, there’s so many elements that can help you grow as a person. I’m just happier, more conscious and I see my self-worth more. I just love myself, and it took me a long time to love myself. Girl, I’m 30-years-old and it took my 30 years to love myself, and I’m still learning everyday because it’s a constant fight. It’s something that you have to wake up everyday and make a conscious decision to do, to accept yourself for who you are and love yourself fully. Whether it’s with family and friends, or anything in-between, if you’re not at your best, you’re truly not giving anyone else the best you can to help them. If your goal in life is to help other people, or your worth is depicted on what you’re able to provide others, then you have to have to provide your best self or you’re cutting them – and yourself – short.

All episodes of We’re Here are now available on Sky One and streaming service NOW TV.