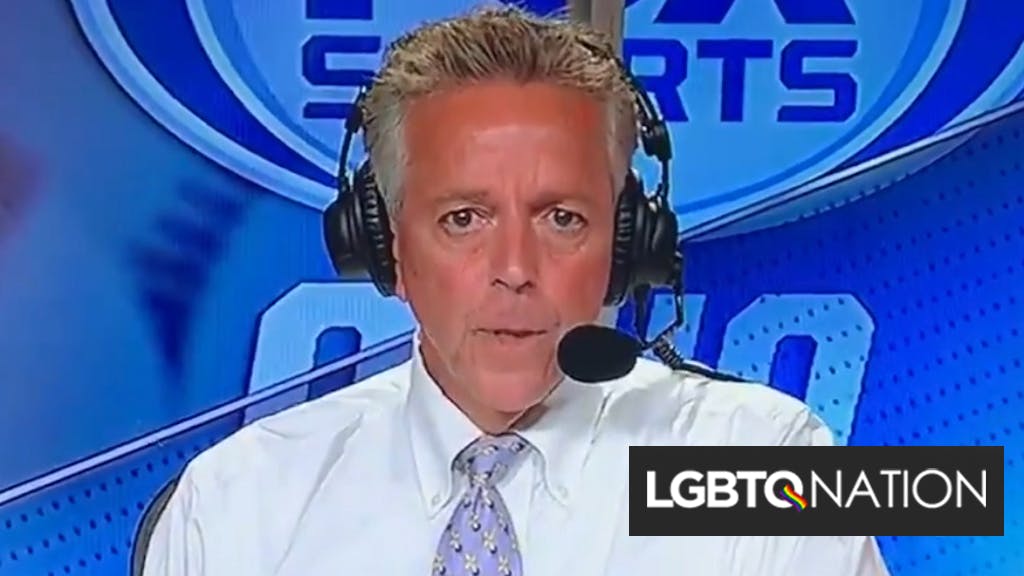 Cincinnati Reds sports announcer Thom Brennaman was abruptly yanked off the air mid-game after he was caught using an anti-gay slur. Brennaman did not realize that the broadcast had returned from a commercial break and he was live on air.

It is unclear what he was responding to when the hot mic picked him up saying, “one of the fag capitals of the world.”

Later in the game, Brennaman issued an apology before leaving the booth, but in the middle of his apology he segued into calling a home run for the Reds before continuing his apology.

“I made a comment earlier tonight that I guess went out over the air that I am deeply ashamed of. If I have hurt anyone out there, I can’t tell you how much I say from the bottom of my heart I’m so very, very sorry,” he said.

He went on to say he is a “man of faith” and that he wasn’t sure if he’d return to the air.

“That’s not who I am. It never has been,” he claimed despite being broadcast a short time earlier being exactly “that.”

“The Cincinnati Reds organization is devastated by the horrific, homophobic remark made this evening by broadcaster Thom Brennaman. He was pulled off the air, and effective immediately was suspended from doing Reds broadcasts,” the team said in a statement.