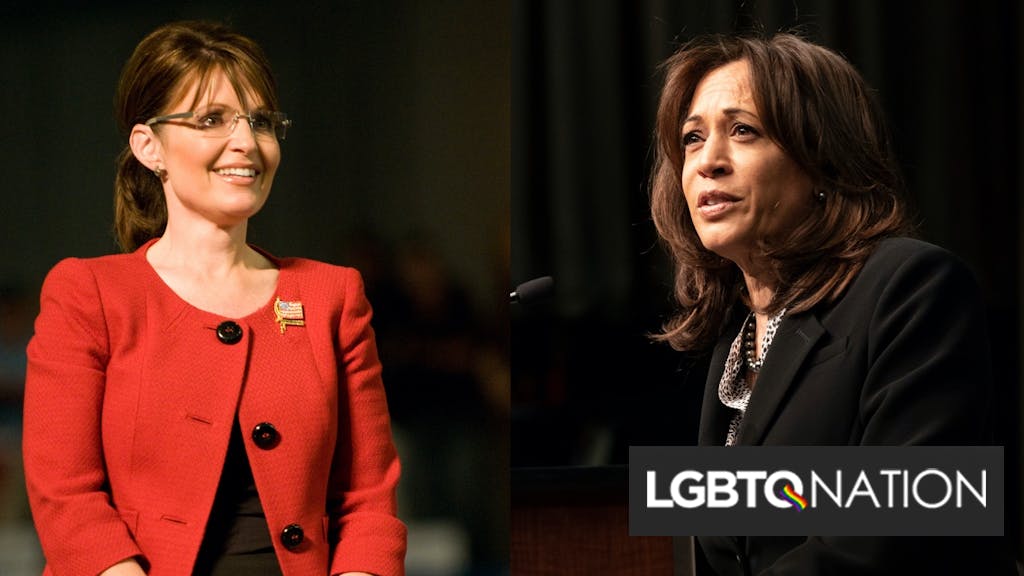 Harris made history last night when she became the first woman of color to become part of a major party presidential ticket. Palin was the first Republican woman to be in a similar position.

Related: Sarah & Todd Palin are divorcing. He says it’s ‘impossible’ for them to live together.

While Harris enjoys widespread admiration and enthusiasm, Palin’s nomination as Sen. John McCain’s running mate was mocked due to her inability to even articulately recite talking points.

“Looking back, is there anything you could have done to get the kind of coverage that Kamala Harris is getting now?” Carlson asked. “Like you care about equality deep within your soul, that you’re a rockstar, a celebrity, you’re the Dalai Lama reincarnated. Could you have done anything to get that kind of coverage?”

“I would not have prostituted myself,” Palin replied, pausing before qualifying her statement with “in terms of changing any of my positions in order to garner better press.”

Palin said she was “nauseated” by the speeches given at the convention.

Carlson has recently devoted considerable air time to promoting the sexist assertion that the Senator slept her way to the top instead of being a capable and hardworking attorney and politician. Several other rightwing pundits and outlets have also pushed the offensive talking point.

Republican talk show host Rush Limbaugh was widely condemned earlier this week after referring to Harris as a “hoe” and a “mattress,” while claiming she “slept her way up.”

After losing the election, Palin resigned as governor of Alaska in disgrace under a cloud of allegations she used the office for personal gain. After she left office, the state instituted several new rules governing executive branch ethics.

Most recently, Palin appeared on the reality show competition The Masked Singer, where she rapped “Baby Got Back” and gave the audience the middle finger while dressed as a giant pink bear. She was eliminated from that contest as well.

While discussing the media’s treatment of Kamala Harris, Sarah Palin says she wouldn’t have “prostituted” herself and her positions to get better coverage when she was a VP candidate. pic.twitter.com/uJBjuuyCo9