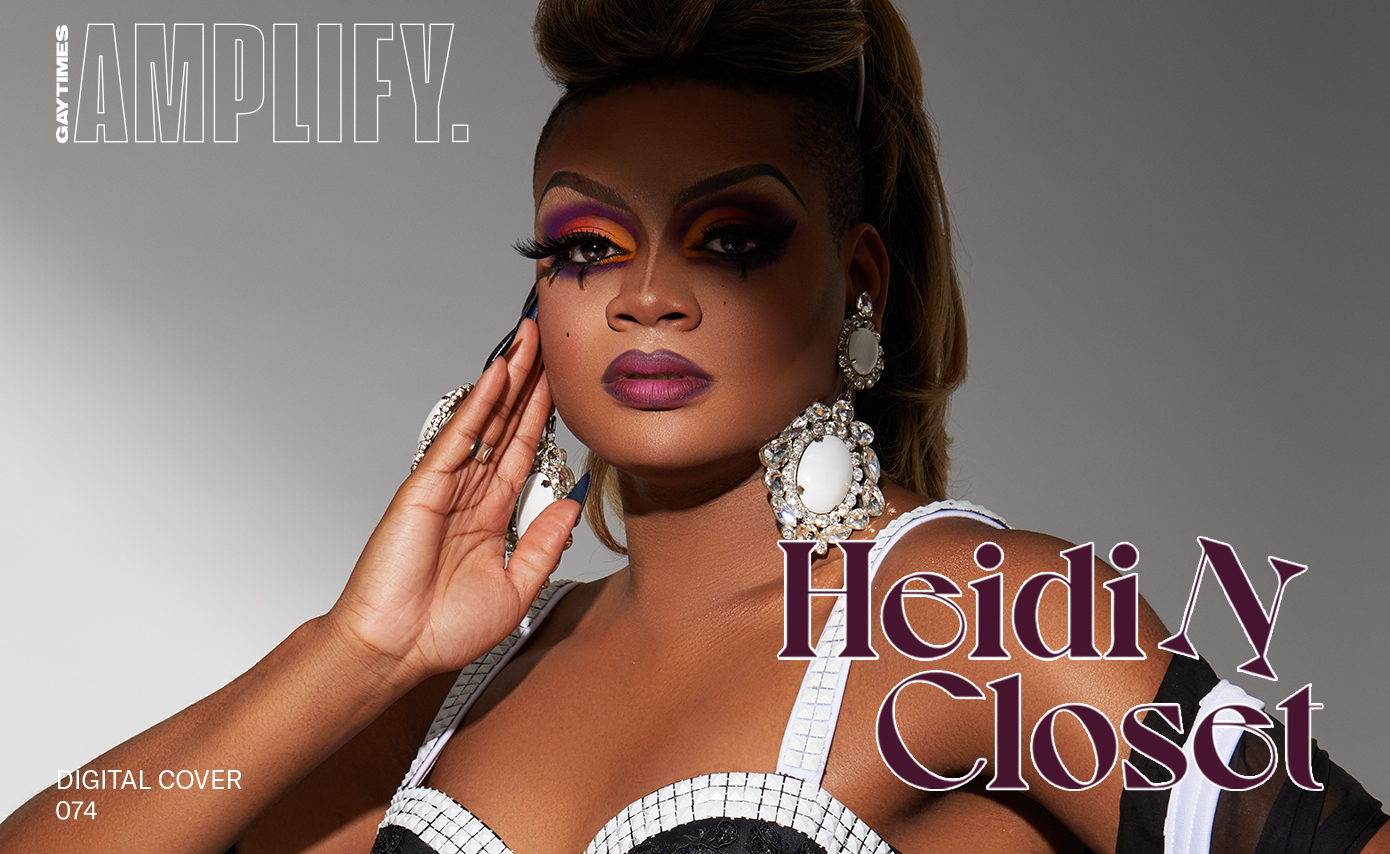 We may be in a global pandemic, but Heidi N Closet is feeling as soft, sssupple, blessed and highly favoured as ever. The self-described “dancing disco diva” sashayed away on the 12th season of RuPaul’s Drag Race earlier this year in sixth place, missing out on a position on the coveted top five, but her quick wit, bubbly personality and high-energy lip-syncs saw her become the franchise’s new fan-favourite.

“Going into the competition, I was so nervous of how I would be received by fans,” Heidi tells GAY TIMES, “because we have seen time and time again that queens of colour, as well as pageant queens, are not as well received as others.” Thanks to her underdog storyline and no-holds-barred approach to her fellow contestants – “Fuck you, fuck you, fuck you, fuck you, and FUCK YOU!” is art and deserves to be exhibited in The Louvre – Heidi was hailed the “heart of season 12” by fans, which ultimately led to her succeeding Nina West as the reigning Miss Congeniality.

“Fortunately, people were able to see who I am and fell in love with the person I am.” Since her stint on the Emmy-winning series, the star has taken RuPaul’s advice to move from her humble beginnings in Ramseur, North Carolina, to Los Angeles, so she can showcase her charisma, uniqueness, nerve and talent on a much larger scale. So yeah, Heidi’s pussy has officially been on fire this year.

In celebration, we caught up with Heidi to discuss her time on Drag Race season 12, being unable to experience the “typical RuGirl lifestyle” because of COVID-19 and 2020’s HERstory-making achievements for Black entertainers on the series. Oh, and due to widespread backlash from fans across the world at the lack of information for a Heidi Hydrates release date, we interrogated the star for an answer. We got you.

Honestly, going into the competition I was so nervous of how I would be received by fans because we have seen it time and time again that queens of colour, as well as pageant queens, are not as well received as others

I’m glad you haven’t changed your name yet – are you sticking with Heidi N Closet?
Heidi N Closet has been my name for almost six years now, and I’ve always been fond of it. To see so many “Closet Cases” enjoy and rally behind the name has made me very happy, so I think it’s fair to say that Heidi N Closet will be around for a while!

You recently moved to LA, right? What inspired the move?
Yes! I’ve been in my apartment in LA for two weeks now and I love it so far. Hearing what Mama Ru said in my elimination really resonated with me, and as many people saw, I take her advice. So, I had been mowing over this move for a while and it wasn’t until recently that I felt like the time had finally come. Now that I’m here, I can take full advantage of all the opportunities that may come my way!

How are you settling in?
I’m settling in very well! My furniture came in, so I’m no longer living like a frat boy, but now I’m just waiting for the internet to be turned on so I can live the high life.