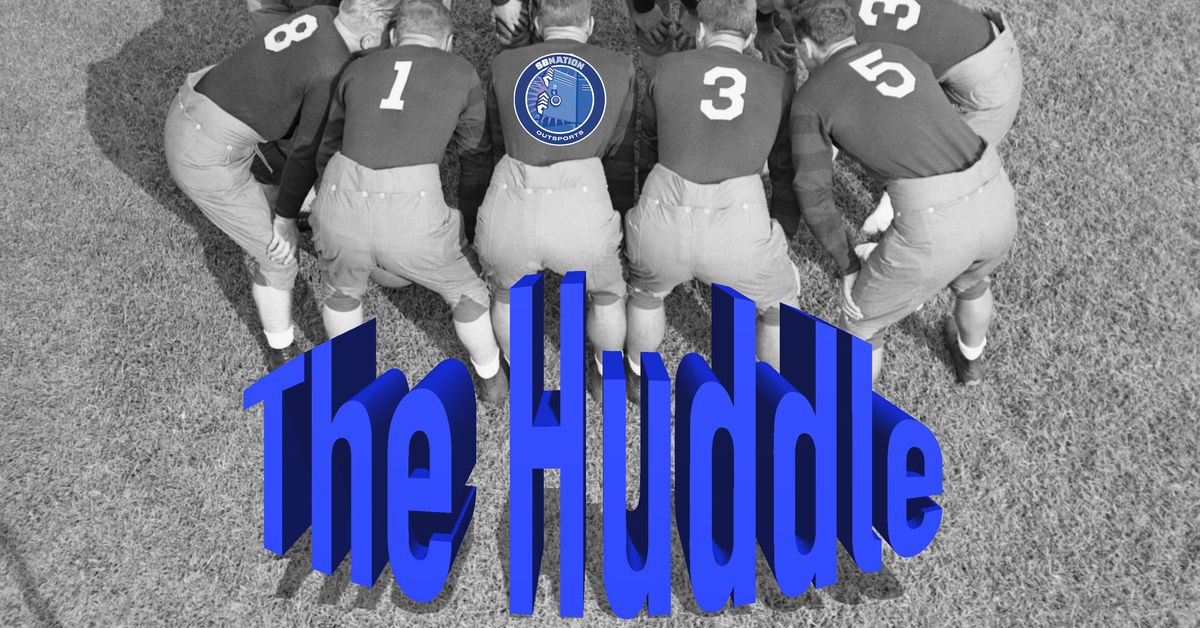 Good morning and welcome to The Huddle for today, August 20, 2020. It’s Thursday. And as always, today’s Huddle is a 90-second-read.

Other than the WNBA, we’re not aware of any scheduled events involving out LGBTQ athletes. If you know of one, or more, let us know by emailing us at outsportshuddle@gmail.com

Two fired lesbian volleyball coaches who in 2018 won a discrimination lawsuit lost on appeal Wednesday; the court ruled they didn’t prove discrimination and that the University of Delaware was in its rights to fire them for being overly aggressive with players

And in other news…

Minneapolis Star Tribune: 2 brothers who love baseball came up with an ingenious way to watch the Brewers vs. Twins in person… until the police arrived.

ESPN: How safe are kids’ sports in a pandemic?

All For XI: NWSL expands to Sacramento and hopes to start in 2021 with 11 teams

SBNation: Someone redesigned each MLB team’s jersey, just for fun (Yankees fans are gonna SCREAM when they see theirs!)

As Ken Schultz also reported for Outsports, Reds’ players are showing support for the LGBT community following a hot mic slur by Thom Brennaman, as seen in this ESPN tweet:

Elena Delle Donne shared an article about a girl named Adi who was inspired by the WNBA star but couldn’t find a big name store in D.C. selling her shoes. What she and her dad got instead was a dose of toxic masculinity and epically bad customer service.

Jason Collins let us know what LeBron James told Yahoo Sports’s Chris Haynes: his push to get people, especially African-Americans, to vote, is not about supporting any one presidential candidate, but as far as who he’s endorsed: “What’s known don’t even need to be said:”

LeBron James says urging people – particularly African Americans – to go to the polls is not about swaying them to a candidate. I asked who he’s endorsing for President of the United States in the upcoming election. @NBAonTNT pic.twitter.com/I4WLihehjU

Diana Taurasi shows everyone how it’s done in the Wubble.

Chris Mosier wants to see your pets! Text him and join his online community, and he’ll text you back with a pic of his rabbits:

Six days a week, Outsports has a new podcast for your listening pleasure. Today’s podcast is Brian Bell’s LGBT In The Ring.

All our podcasts are available on Apple Podcasts, Google Podcasts, Spotify and on every platform where you find Outsports!

NBA in the Bubble:

Miami Heat vs. Indiana Pacers at 1 p.m. EDT on ESPN.

Orlando Magic vs. Milwaukee Bucks at 6 p.m. EDT on ESPN.

If you’re a soccer fan, check out ESPN’s schedule of matches by clicking here.

Share your thoughts in the comments below or email us at outsportshuddle@gmail.com