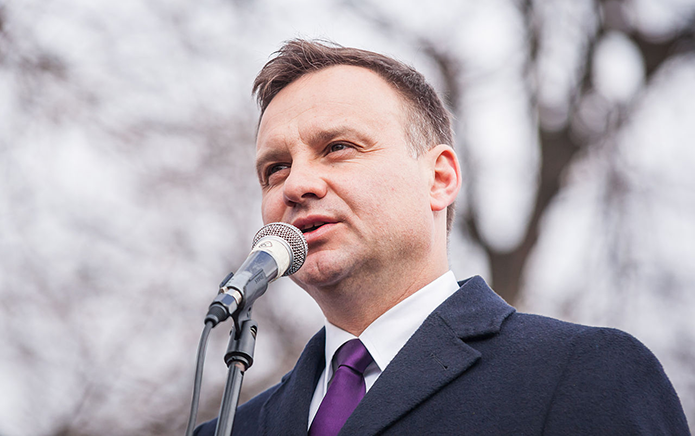 A list of writers, actors and directors have penned a letter protesting Poland’s treatment of the LGBTQ+ community.

Including the likes of writer Margaret Atwood and actor James Norton, over 70 signatures have been collected, including Poland’s very own Nobel laureate Olga Tokarczuk, in an act to condemn the country’s rise in homophobia and transphobia. Pushed on Wyborcza.pl, the online open letter calls for president Andrzej Duda government to “stop targeting sexual minorities”.

Addressed to the EU Commission’s president, Ursula von der Leyen, the letter expresses “outrage at repressions directed against the LGBT+ community in Poland” and a responsibility to “voice our grave [concerns] about the future of democracy in Poland, a country with an admirable history of resistance to totalitarianism and struggle for freedom.”

During his campaign speech, Polish president has called the promotion and acceptance of LGBTQ+ rights as a destructive “ideology”. Since Duda’s election in 2015, the president’s divisive strategy towards diversity and the queer community was a key factor to his campaign win in late June.

The open letter concludes in a direct address to injustices being directed toward the LGBTQ+ community: “We call on the Polish government to stop targeting sexual minorities, to stop supporting organizations that spread homophobia and to hold accountable those who are responsible for unlawful and violent arrests of August 7, 2020.

We call on the European Commission to take immediate steps to defend core European values – equality, non-discrimination, respect for minorities – which are being blatantly violated in Poland. LGBT+ rights are human rights and must be defended as such.”