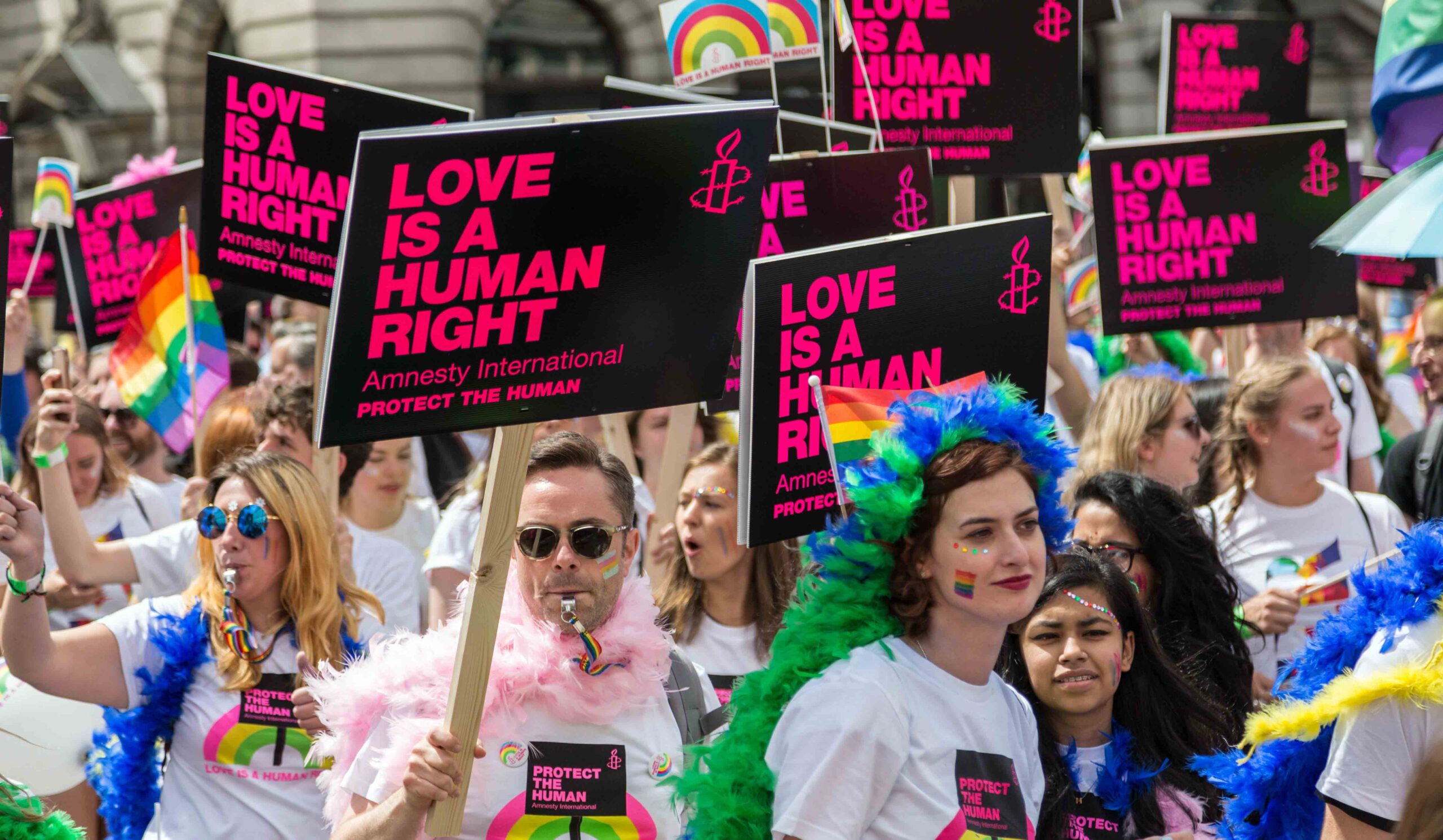 In a new partnership that aims to catch the spirit of Pride, GAY TIMES has teamed up with Regent Street for a very special campaign. Memories of Pride is a new digital community gallery initiative that will connect the LGBTQ+ community and allies through personal memories, images and the ever important history of the parade.

Over the past month we’ve been asking you to submit your pictures from past Pride in London events, with the rainbow parade winding its way down Regent Street each year. Below we have some of the best submissions as part of our special digital gallery.

“This was my first ever Pride experience because I grew up in a conservative country,” says KY, who submitted her image. “I marched with Just Like Us, a really great LGBTQ+ charity that has allowed me to give talks in schools promoting LGBT+ equality. My most prominent memories are of the positivity surrounding me and of this woman in the crowd with a sign that said bisexuals are valid.”

LGBTQ+ rights activist Peter Tatchell also submitted an image to the digital gallery, saying: “Pride 1972 was history-making: the first in the UK. It was a joyful, feisty carnival parade with a serious queer liberation message. Despite police and public hostility, we were defiant and unbowed. Our battle cry was: ‘Gay is Good!’”

The ambition of this campaign was to document five decades of Pride memories so the community and allies can look back at the protests, parades and celebrations that have paved the way for the next generation of queer people.

With Pride this year looking a little different, the LGBTQ+ community no longer had a global celebration in which they could come together and show solidarity within physical spaces. In isolation, issues surrounding self identification and sexuality have been heightened, without essential support systems that are so crucially needed. We want Memories of Pride to provide that uplifting sense of community through our digital platform.

“I’ve been photographing Pride in London for the past 13 years,” says Nicolas Chinardet. “This is my way to take part (though I’ve also been in marching groups and volunteered as a steward) but also a way to testify and to help visibility, which to me is key to full equality.”

Take a look at our Memories of Pride digital gallery below: