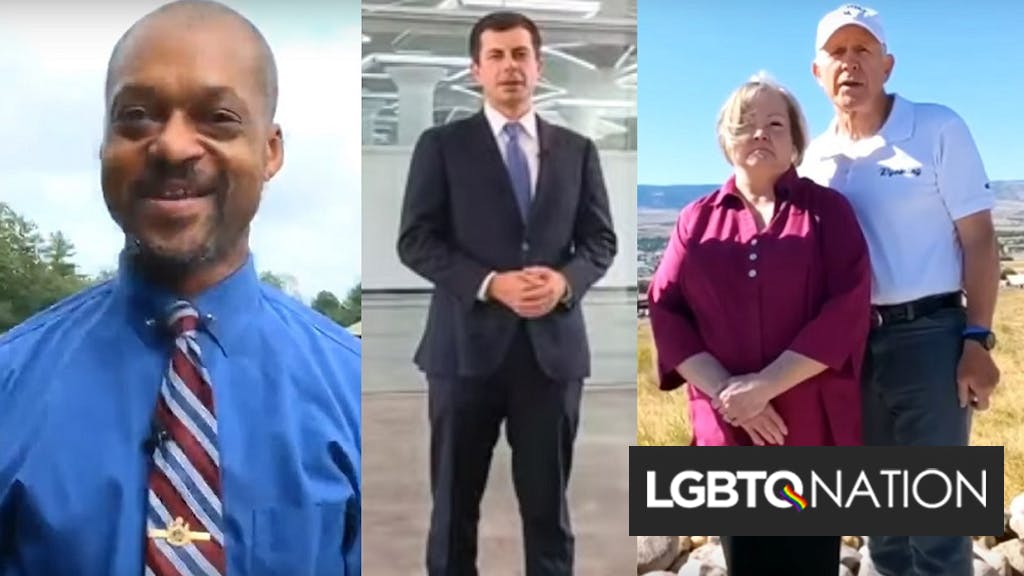 LGBTQ people had prominent roles in the keynote address during the second day of the Democratic National Convention, the opening of the event, and during the “Roll Call Across America” where each state and territory’s delegation officially cast their votes for either former Vice President Joe Biden or Sen. Bernie Sanders (I-VT).

Greencastle, Indiana, city council member Veronica Pejril, a transgender woman, was part of the cold open to the primetime event. Pejril started the Pledge of Allegiance as she was joined by several others in the patriotic opening.

Related: Pete Buttigieg responds to woman who wanted her vote back after she found out he was gay

Kenyatta even appeared with his fiance Matthew Miller.

“Joe Biden was the first national figure to support me and my family,” Kenyatta said.

“I appreciate you, man,” his smiling fiance said.

In the first part of the keynote address, the speakers talked about Donald Trump’s response to the coronavirus pandemic. Kenyatta talked about the lack of personal protective equipment for health care workers, Park said that parents are “juggling full-time work and full-time childcare” because of school closings, and Garcia called out Trump’s inability to develop a coherent plan.

“We’re facing the biggest economic and health crisis in generations because our president didn’t and still doesn’t have a plan,” Garcia said.

After Biden and Sanders were introduced with nominating and seconding speeches, representatives of the delegations from each of the 57 voting states and territories cast their votes in a roll call video.

“The Hoosier State is ready to lead America’s recovery with our diverse communities, our talented workers, and our best-in-the-world agriculture,” he said.

Maine was represented by State Rep. Craig Hickman, the first gay and Black member of the Maine legislature. He talked about being a small business owner, running an organic farm stand and a bed and breakfast with his husband.

“My American dream? I’m living it,” said. “A 25-acre organic farm on a lake, a roadside farm stand, and a bed and breakfast.”

“My husband and I aren’t corporate tycoons. We just want to make an honest living.”

Judy and Dennis Shepard – the parents of Matthew Shepard – represented Wyoming. Matthew Shepard was a young gay man who was brutally murdered in 1998 in a hate crime that shocked the country, and his parents have devoted their lives to LGBTQ equality.

“After our son’s death in Wyoming, Joe Biden helped pass legislation to protect LGBTQ Americans from hate crimes,” said Dennis Shepard. “Joe understands more than most our grief over Matt’s death, but we see in Joe so much of what made Matt’s life special: his commitment to equality, his passion for social justice, and his boundless compassion for others.”