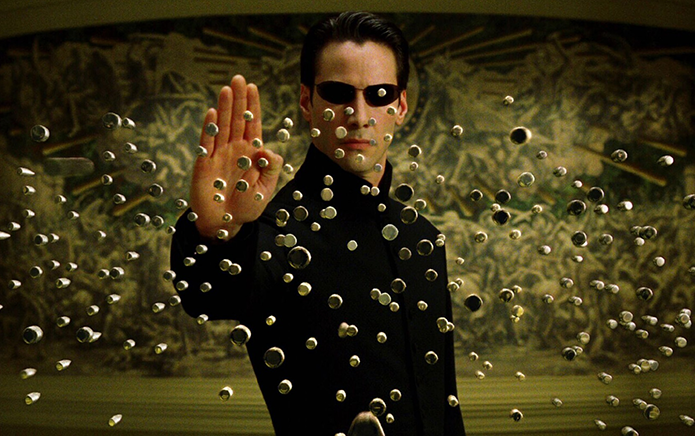 Several elements of the films have been pointed out by fans as representations of the trans experience, such as how Neo’s friends insist on calling him by his chosen name while authorities continue to use his birth name, Mr Anderson – similarly to how trans individuals are dead-named.

Lilly said the Matrix itself “was all about the desire for transformation, but it was all coming from a closeted point of view.”

She continued: “I love how meaningful those films are to trans people and the way that they come up to me and say, ‘These movies saved my life.’

“When you talk about transformation, specifically in the world of science fiction, which is just about imagination and world building and the idea of the seemingly impossible becoming possible, I think that’s why it speaks to them so much.”

Lilly also revealed that Switch, a character played by Belinda McClory in the first film, was originally supposed to be a man “in the real world” and then “a woman in the Matrix,” saying that’s where her and Lana’s “headspaces were”.

Last year, The Matrix 4 was confirmed with Lana back as director. Reeves, Carrie-Anne Moss, Jada Pinkett Smith, and Lambert Wilson will return as their iconic characters.

“We could not be more excited to be re-entering ‘The Matrix’ with Lana,” said Toby Emmerich of Warner Bros. Picture Group. “Lana is a true visionary — a singular and original creative filmmaker — and we are thrilled that she is writing, directing and producing this new chapter.”