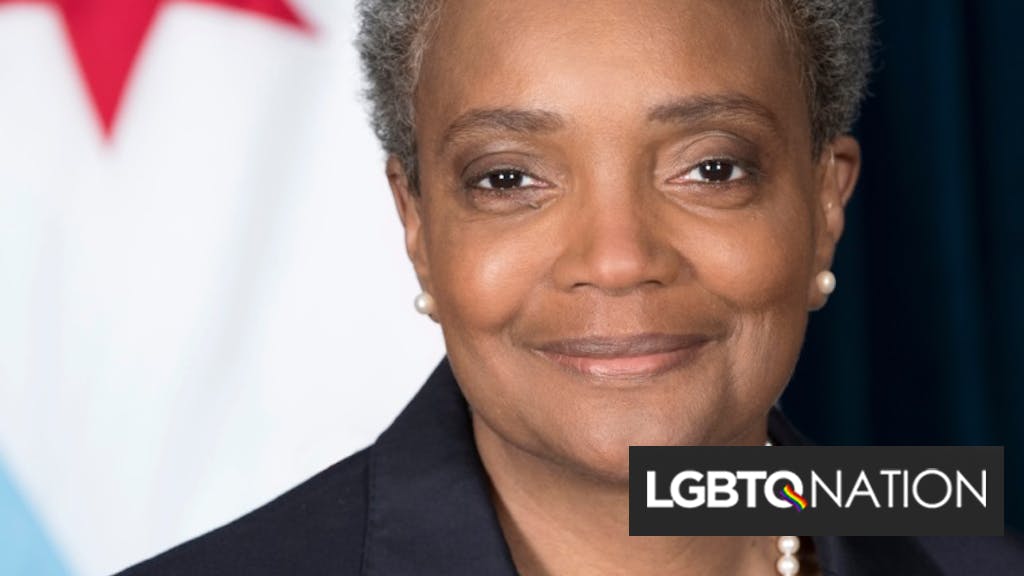 The Human Rights Campaign (HRC) deleted a tweet that praised out Chicago Mayor Lori Lightfoot (D) as “the first Black, openly lesbian mayor of a major city” after she appeared at the Democratic National Convention as part of a panel on law enforcement reform and police brutality.

Local activists bombarded the organization’s social media over the tweet, saying Lightfoot is responsible for “violent actions against legit protestors against police brutality.” Chicago has been rocked by racial justice protests over the past months after the death of George Floyd, an unarmed Black man killed by Milwaukee police officers.

Lightfoot, who served as president of the Chicago Police Board and chair of the Chicago Police Accountability Task Force before being elected mayor, has been criticized for her handling of the protests. Activists accuse her of being heavy-handed with protestors, tacitly condoning violence by police officers against activists, and prioritizing “property over people.”

Some of the protests in Chicago have turned violent, with law enforcement blaming “outside agitators.” But peaceful protestors have taken the brunt of the backlash from authorities – from violent physical attacks to social media monitoring and other privacy violations – and they blame Lightfoot.

But after deleting the post, the organization tweeted out their reason for removing it.

“We believe in holding ourselves accountable and ensuring our actions are reflective of our intent. An earlier tweet was troubling to people who viewed it as prioritizing visibility of LGBTQ people over the policies that impact us — especially QTBIPOC.” the group tweeted. “And so we have removed it.”

“Our actions and statements carry impact, regardless of intent. The platform we possess and work we do must reflect all the marginalized identities we carry and work to effect change that betters society. We will continue to make and create space for those often silenced.”

HRC has admittedly suffered from a lack of diversity among staff and the group’s relationship with transgender people has frequently been contentious. The group infamously endorsed leaving trans people out of a federal nondiscrimination bill in hopes that it would pass if it only included gay, lesbian, and bisexual people. It did not.

With so many in the community already willing to automatically assume the worst of the group, the apology did not quell their critics. Instead of praising the mayor’s visibility – a longstanding backbone of the movement and the foundation of coming out – they insisted the group should publicly condemn Lightfoot.

“Great but removing/deleting is not enough. Now condem [sic] the actions of Mayor Lori Lightfoot and the Chicago Police Department,” one user responded.

“Looking forward to your statement condemning the violence that Lori’s decision-making inflicts on people here in Chicago that you won’t write because her cops violently suppress protestors, and entire communities, to make your wealthy donors feel ‘safe,’” tweeted another.

through an intersectional lens, just because she is a Black lesbian woman and not because of her policy/actions. The real issue here was the ignorance from which those tweets were sent. It lays plain that the HRC is not deeply concerned with the state sanctioned violence (2/?)

Looking forward to your statement condemning the violence that Lori’s decision-making inflicts on people here in Chicago that you won’t write because her cops violently suppress protestors, and entire communities, to make your wealthy donors feel “safe.” pic.twitter.com/Hfw1h92ktK