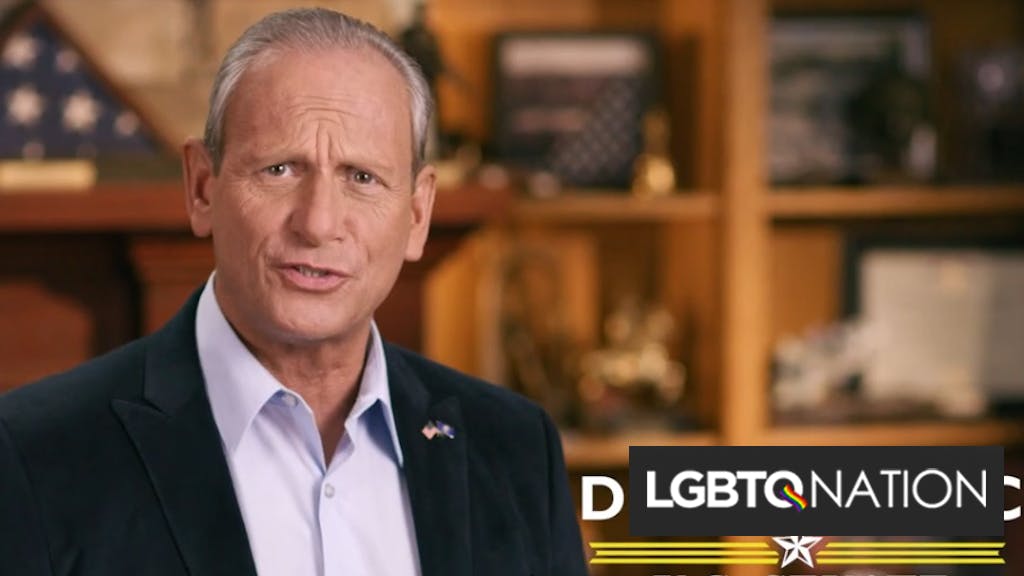 A Republican Senate candidate is facing criticism for an ad where he uses an anti-gay slur to refer to the left.

Retired Army Brig. Gen. Don Balduc is running in the Republican primary for the U.S. Senate in New Hampshire, which will be held in September. He has a history of making anti-LGBTQ comments.

“I didn’t spend my life defending this country to let a bunch of liberal, socialist pansies squander it away,” Bolduc says in the short television ad. “I’m Don Bolduc, I approve this message, and I’m asking for your vote.”

“Donald Bolduc’s use of a homophobic slur in his campaign ad is shameful and dangerous,” said a spokesperson for the Human Rights Campaign. “A campaign run on hate has no place in New Hampshire or anywhere in this country.”

Democrats in the state have released a clip of Bolduc saying that he doesn’t believe that the Civil Rights Act of 1964 should ban discrimination against LGBTQ people, referring to the Supreme Court decision in Bostock that found that the ban on discrimination “because of sex” included anti-LGBTQ discrimination.

In the clip, he also says he is “a believer in traditional marriage,” which is a common euphemism for opposition to marriage equality.

The winner of the GOP primary will face incumbent Sen. Jeanne Shaheen (D), who has consistently earned scores of “100” on HRC’s Congressional Scorecard.