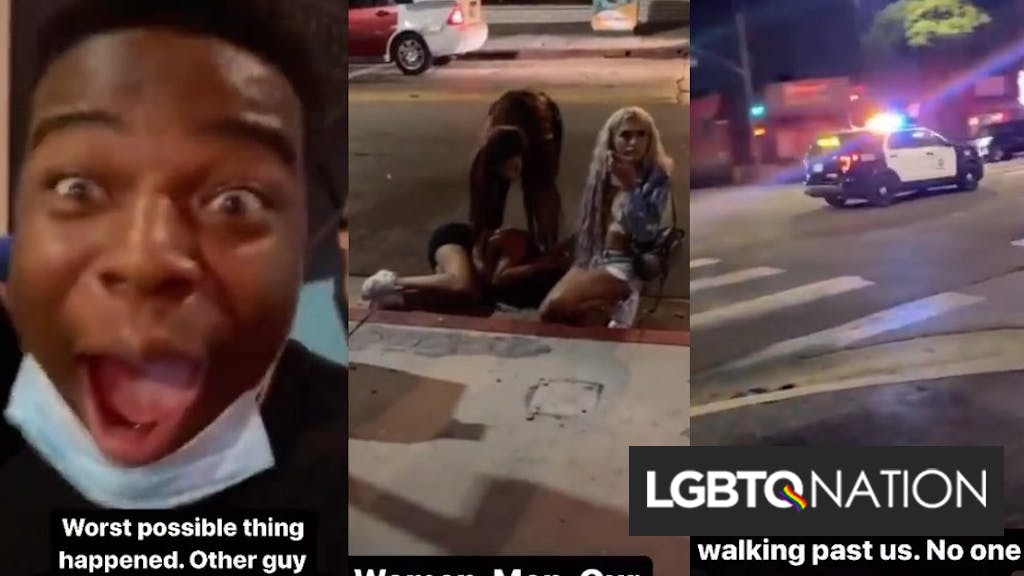 Instagram influencer Eden the Doll and her friends Joslyn Flawless and Jaslene White Rose were robbed, beaten, and chased through the streets – and then one of their attackers posted video of it all to social media.

The video shows passersby refusing to help as the women pleaded for assistance and laughing at them as they were attacked on Hollywood Boulevard in Los Angeles.

Related: Two trans women beat the snot out of men harassing them in a restaurant

“This was the most traumatic thing that ever happened to me,” Jaslene posted on Instagram with photos of the attackers. “Not just the fact that I was hit by a grown man, but because there were so many men watching this happen to me and my friends. And we begged for someone to call the police, but they were too busy recording and laughing.”

One of the men “recorded and posted the entire thing” to Instagram, Eden posted along with screenshots of the attack. “HE MOCKED US, sexualized, and instigated THE ENTIRE attack. Him and his friends stole from us. Beat us. Laughed at us. Humiliated us. AND had the nerve to POST IT.”

The trouble started as the women were waiting for an Uber and one of the men stole Eden’s phone. The group started throwing objects at the women as they tried to retrieve the phone and mocked them. The video shows that the attack only intensified after the women originally resisted.

It is hard to tell in the video everything that is happening as the numerous men move in to attack and retreat like a school of sharks. Someone throws a scooter at the women. Another man strikes Jaslene and knocks her unconscious.

Another man “held a crowbar to my face and threatened to kill me unless I stripped my shoes off and gave him my jewelry and my processions [sic],” Joslyn posted on Instagram.

You can see one man who passes by stop to take multiple photos of the women in the street. A woman passing by refuses to help, saying she doesn’t see blood so it must not be too bad. A police car drives up but quickly leaves without stopping as Eden cradles an unconscious Jaslene in the street.

Video of the incident is below but could trigger anyone who might be traumatized by violence and anti-trans hate. Eden’s Instagram Stories highlights also include a multi-thread description of the attack illustrated with photos and clips from the assailant’s video.

According to HRC, at least 26 transgender and gender nonconforming people have been killed in the U.S. in the year 2020, and most of them are Black transgender women. Many stories go unreported in the media and police frequently misgender victims, which means that the real number is likely higher.