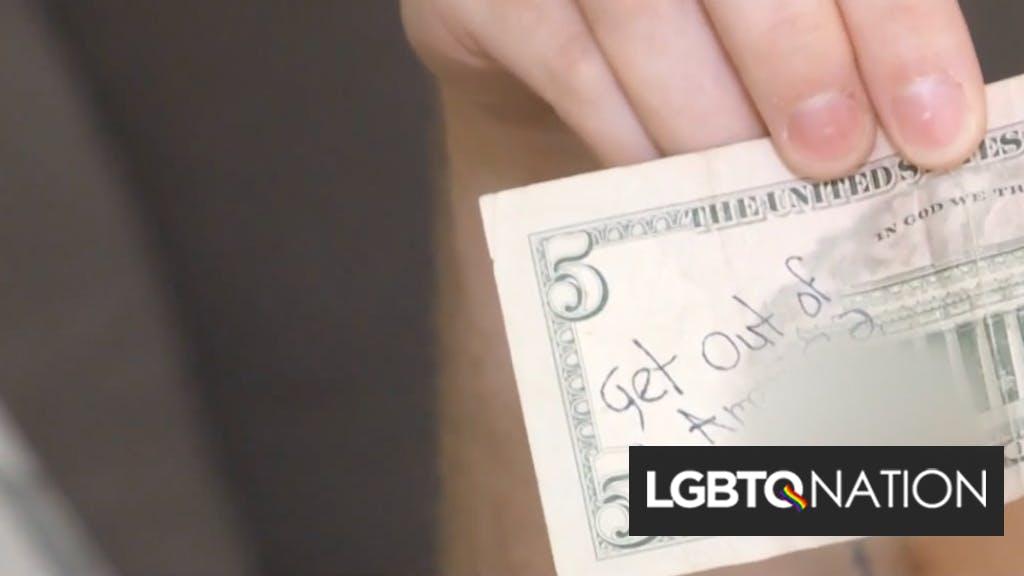 Ashton Bindrup, a waiter in Salt Lake City, thought it was strange that a table of Donald Trump supporters asked for a pen after paying for their meal electronically without a signature required.

But after he saw what was written on the five-dollar bill they left behind, he knew why the group – all wearing “Trump 2020” hats – had asked for the pen. They’d written an anti-gay slur on the money.

Related: A waiter left an antigay slur on a couple’s receipt. Then all hell broke loose.

“I got this tip today while serving an older couple and their middle-aged son. They were all wearing Trump 2020 hats,” Bindrup wrote in a Facebook post with photos of the bill.

“I picked it up and was immediately like, ‘Oh, this is written on my tip,’” Bindrup told Fox13 News. “It’s shocking. It’s not okay.”

“And yes, not all Trump supporters are this way. But that argument also doesn’t matter right now,” he posted with the photos. “Today I experienced targeted hate. Hate that I often see in the Trump constituency. And it’s a reality that needs to be faced.”

“I can’t imagine hating someone enough to go out of my way to write a slur on the tip I’m going to give them. They asked me for the pen, by the way. Guess I shouldn’t have walked away after giving it to them.”

“I like to think that generally it is ignorance that causes hate. And what I can tell you is that like-minded people tend to seek each other out. For some reason many of these individuals have found each other in the Trump electorate. And even if you’re against hate, and you truly want great things for America, if you support Donald Trump for President then you have also connected yourself to all his other supporters. This is true whether you accept it or not.”