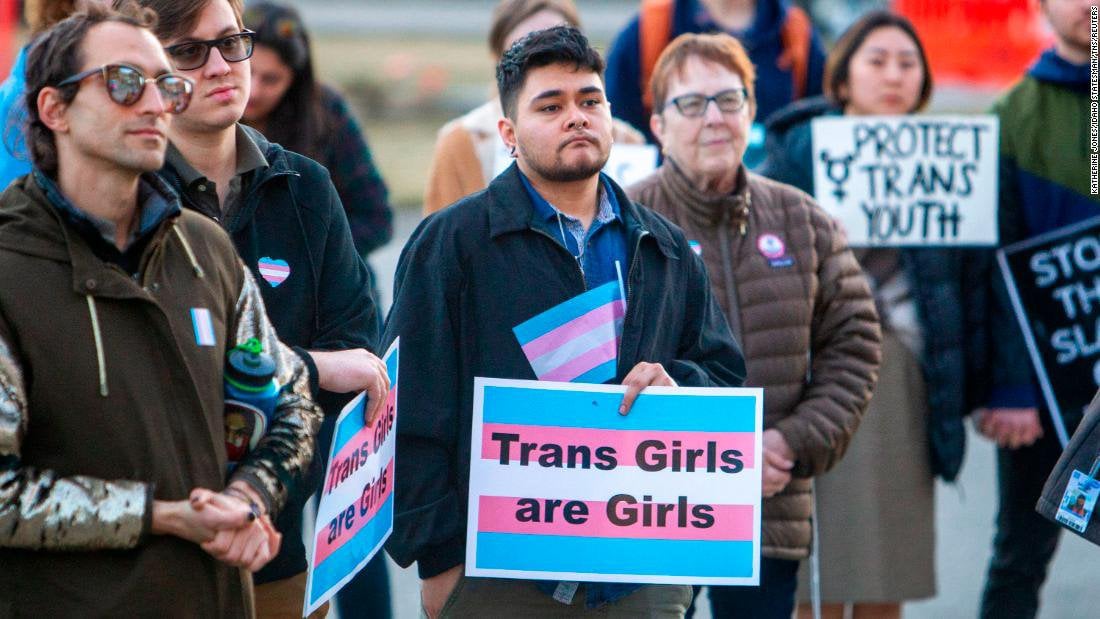 Please don’t use me, your husband, as “proof” that what you’re about to say isnt Ill-informed and transphobic.

You have no idea what you’re talking about. You’d think watching me transition and seeing all the changes testosterone has caused my body in such a short time would help to educate you… but apparently you’re not paying attention… you comparing cisgender athletes is not the same thing as discussing trans athletes.

This is a good thing!!!! This is beneficial for everyone… no cis dude is going to try to compete as a woman (which is what you’re equating with your Lebron argument.) This isn’t a shittily written episode of South Park. This is real life.

This legislature potentially saves lives, and you’re arguing against it over some transphobic and misinformed logic. I expect more out of you, as someone who supposedly loves me, a trans man.

A trans person takes medication so that their hormones, muscles, and fat are the same as a cis person of their gender… I take that shot every week so that medically I am a man… I’m embarassed and ashamed to think you still view me as a “woman” that’s incapable of competing at a man’s standard (especially since I could put bench your scrawny ass even before testosterone)

You’re a misogynistic and chauvinistic pig. Call your mom and see if you can stay there tonight… cuz I don’t want to even see you today