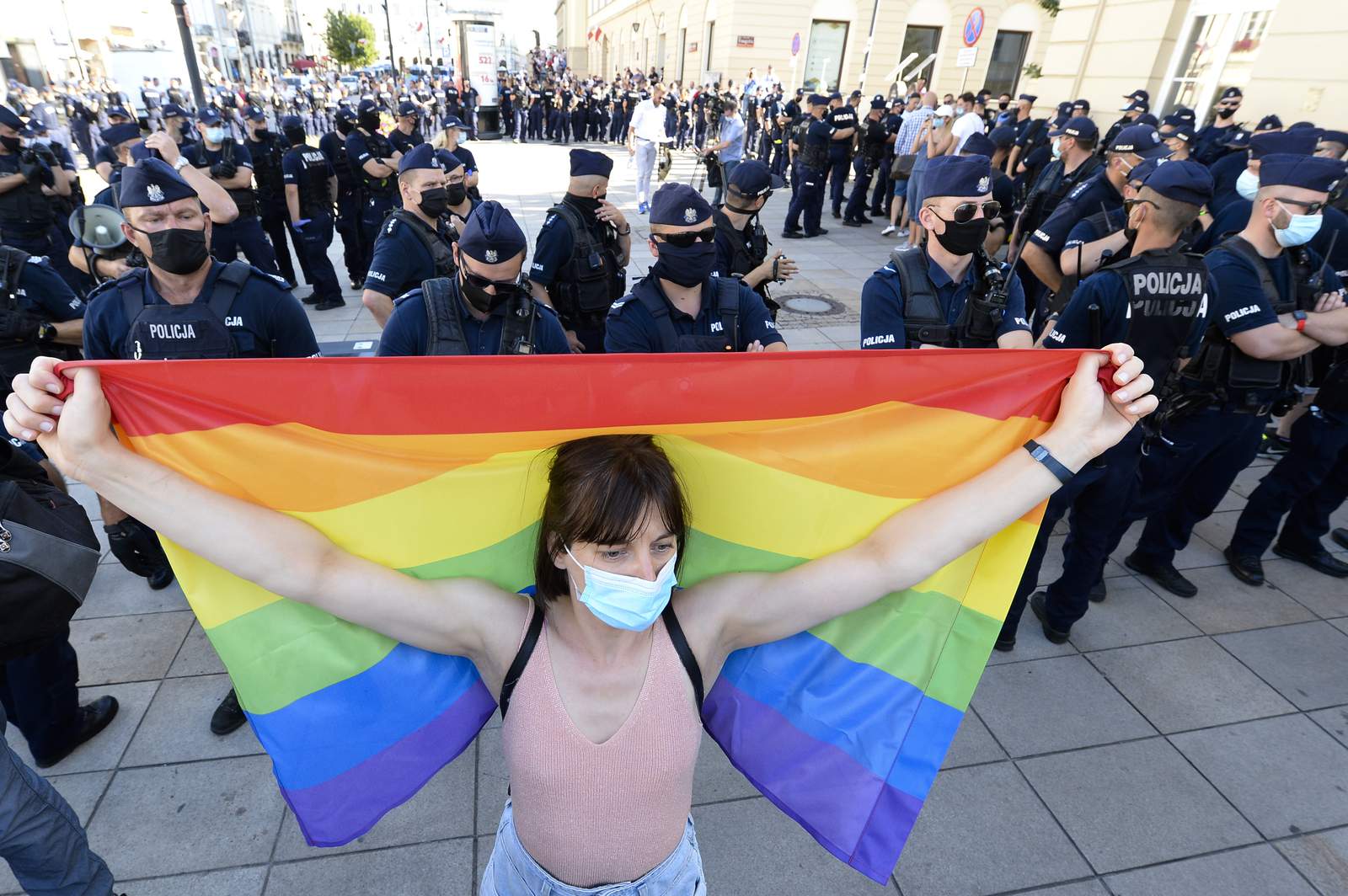 WARSAW – Dozens of authors, artists and scholars — including writer Margaret Atwood and film directors Pedro Almodóvar and Mike Leigh— have expressed outrage at the hostility being directed toward LGBT people in Poland by the country’s president and other politicians.

In what they called a letter of “solidarity and protest,” they wrote to Ursula von der Leyen, the president of the European Commission, calling on the European Union to defend human rights values “being blatantly violated in Poland.”

“Homophobic aggression in Poland is growing because it is condoned by the ruling party, which has chosen sexual minorities as a scapegoat with no regard for the safety and well-being of citizens,” the letter said.

The letter, dated Monday, comes amid a bitter cultural clash in Poland, where calls for greater rights for LGBT people have been met with a furious backlash from the powerful Roman Catholic church and the right-wing ruling party, Law and Justice.

President Andrzej Duda, a party ally, won a tight reelection in July after a campaign vowing to defend the country’s traditional Catholic identity. He called the LGBT rights movement move dangerous than communism.

In the letter, also signed by Poland’s Nobel laureate for literature Olga Tokarczuk, came to the defense of activists who have been detained this month for protesting the anti-LGBT rhetoric.

“We speak out in solidarity with activists and their allies, who are being detained, brutalized, and intimidated,” the letter said. “We voice our grave concern about the future of democracy in Poland, a country with an admirable history of resistance to totalitarianism and struggle for freedom.”

Recently the EU did react by rejecting small amounts of funding to six communities that had declared themselves to be “free of LGBT ideology,”

On Tuesday, the Polish justice minister, Zbigniew Ziobro, said that one of those communities, Tuchów, had become the victim of “ideological persecution” by the EU and that his ministry was earmarking 250,000 zlotys ($68,000 or 57,000 euros) to support it from a special fund.

He praised the town for what he said was the support of “well-functioning family” life.