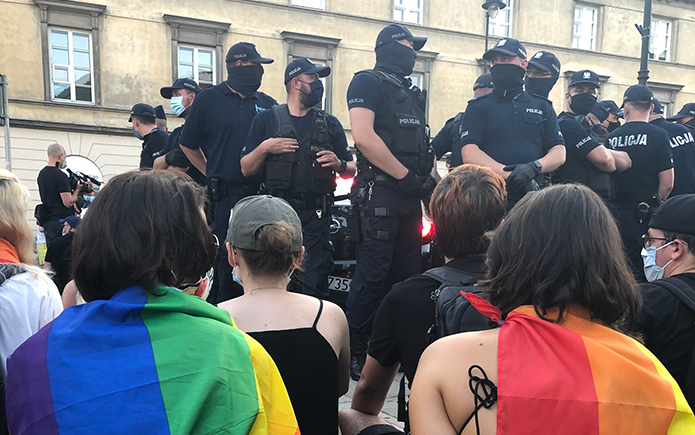 During the on-street demonstration, Bosak openly declared his conservative and decisive opinions, striving to condemn any pro-LGBTQ+ sentiment: “This is a toxic ideology, dangerous, revolutionary and radical.”

The topic of gay rights stood as a heated discussion point during Poland’s recent election campaign. In mid-July, Duda narrowly claimed a second term as president.

For the Catholic country, the conversation around LGBTQ+ rights and acceptance continues to be divisive. During a campaign speech, Poland’s president, Andrzej Duda, called the advocation of LGBTQ+ rights an “ideology” more destructive than communism.