Today, August 17, 2020: We’re not aware of any scheduled events involving out LGBTQ athletes. If you know of one, or more, let us know by emailing us at outsportshuddle@gmail.com

Outsports: Out high school coach among those hit hard by pandemic unemployment crisis

CNN: NBA fires photographer whose hateful meme was called out by Sheryl Swoopes

The Daily Beast: The Rowdy Queer and Trans Wrestling League BLOWW-ing Stereotypes Away

SB Nation: The Cleveland Indians were right to blast their teammates for breaking Covid protocol

Thank you for shining a light on bigotry, Sheryl Swoopes! CNN reports that after she shared this post with her followers, the NBA fired the freelance photographer who posted the offensive mock logo of the Biden/Harris campaign logo on Facebook.

Kaitlyn Long is our queen.

Our friend Peter Lovins of the Columbus Blue Jackets and the co-founder of the Family Pride Network in Columbus, OH, joins us in loving the Black Mamba-inspired Lakers unis planned for the NBA playoffs’ 2nd round, provided the Lakers make the 2nd round.

Billie Jean King noted the passing of Angela Buxton, a tennis star from yesteryear who faced discrimination in her time, as a Jew. Buxton teamed up with Black tennis icon Althea Gibson to win the 1956 women’s doubles titles at both the French Championships and Wimbledon.

Saddened to hear of the passing of British tennis player Angela Buxton, friend and doubles partner of Althea Gibson. It was wonderful to spend time with her and hear her words about Althea at the unveiling of her statue @usopen last year.

Rest In Peace to a true champion. pic.twitter.com/y7YRoDBwie

And Megan Rapinoe tweeted to cheer on her girlfriend Sue Bird Sunday as the Seattle Storm faced the Connecticut Sun in the Wubble. Storm defeated the Sun 95-72.

On This Day in Sports History: Ow! OW!

This one doesn’t have anything to do with LGBT, but it’s a great baseball story we think you’ll enjoy nonetheless! 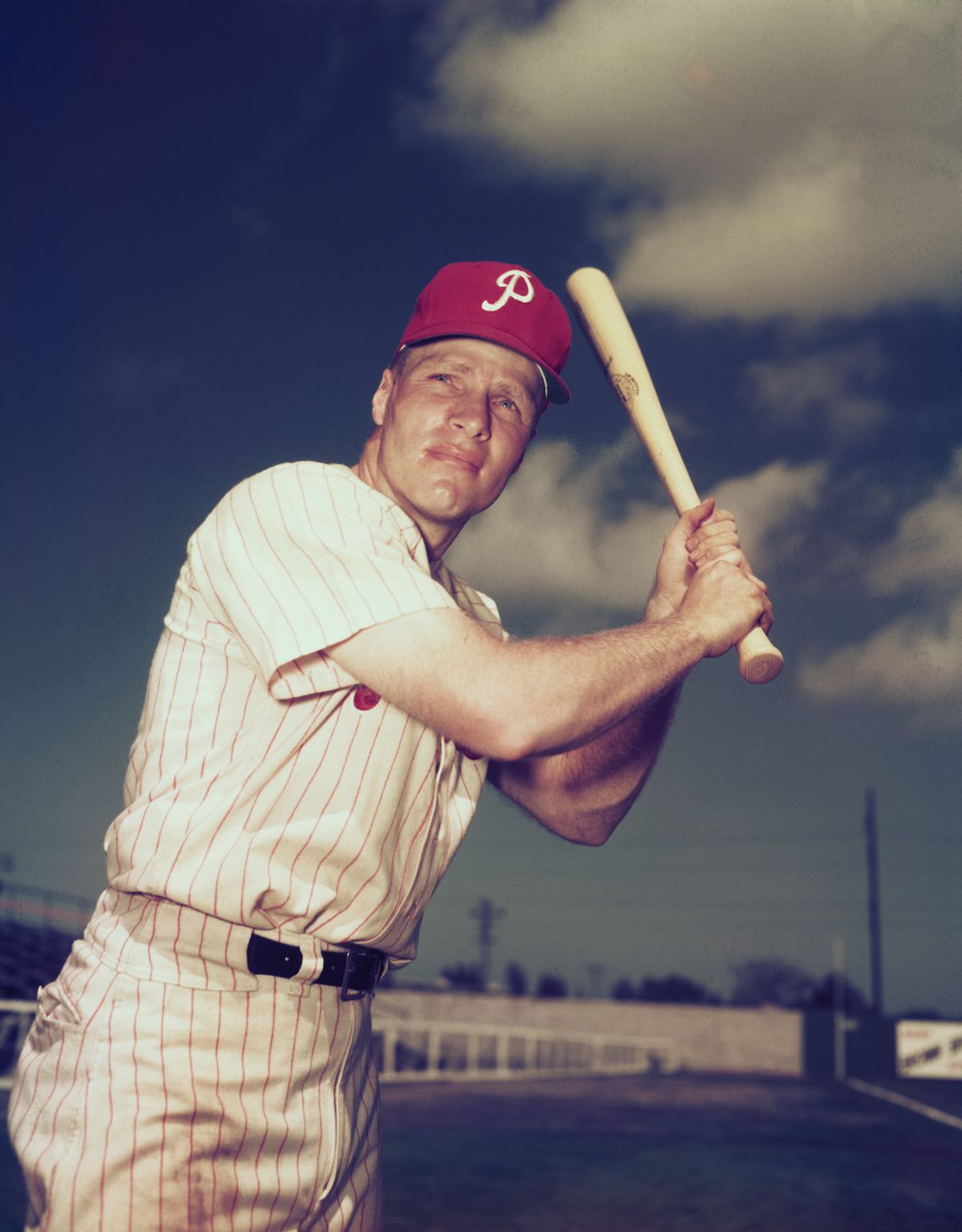 On August 17, 1957, Philadelphia Phillies All-Star and future Hall of Famer Richie Ashburn hit a foul ball into the press box behind third plate at Connie Mack Stadium. Seated there among the 8-thousand fans was Alice Roth, wife of Philadelphia Bulletin sports editor Earl Roth, along with her two grandsons. Ashburn’s foul ball struck Roth in the face, breaking her nose. Then, as Roth was being carried out on a stretcher, Ashburn fouled again, and hit Roth a second time, this time breaking her leg. She recovered, but never sat that close to the field ever again. Ashburn and Roth went on to become friends, and he even went to work for her husband before becoming a broadcaster for the Phillies. The odds of being hit by just one foul ball are said to be 300,000 to one. You have to wonder what the odds are for getting struck twice!

Six days a week, Outsports has a new podcast for your listening pleasure. Today on Five Rings to Rule Them All, U.S. Rowing coxswain Julian Venonsky talks with our Cyd Zeigler about never being in the closet and competing for Team USA.

All our podcasts are available on Apple Podcasts, Google Podcasts, Spotify and on every platform where you find Outsports!

NBA Playoffs in the Bubble:

Colorado Avalanche at Arizona Coyotes at 5:30 p.m. EDT on NBCSN.

Boston Bruins at Carolina Hurricanes at 8:00 p.m. EDT on NBCSN.

What did you think? Was this helpful? Mildly enjoyable? Did you HATE IT? Tell us in the comments below! You can also email us at outsportshuddle@gmail.com