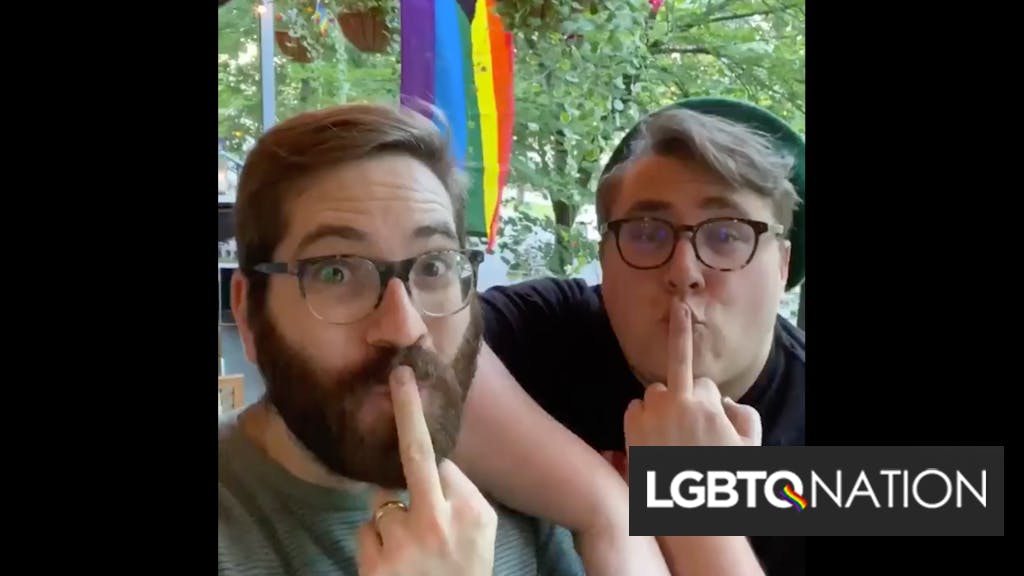 When a Chicago gay couple had the pride flag stolen off of their porch, they knew what they had to do.

First, buy more flags. Like, a lot of them. Second, record a hilarious Tik Tok to let the jerk who swiped it know that the theft didn’t steal their pride. Third, go viral.

Related: Thief steals church’s rainbow flag, replaces it with a different one

“You can take our flag but you can never take our pride,” user BowtieinChicago posted on Twitter with a copy of the video.

Speaking directly “to the person who stole the pride flag off our front porch,” the couple’s cute warning has gone viral, racking up over 41,000 likes and being shared over 10,000 times.

Earlier this month, a Trump supporter in Washington state who’s running for election stole a church’s rainbow flag, called it the “sodomite flag” and threatened to do it again if the church put a new one up.

Police said that he admitted to taking the flag and said that he should have a right to be on church property because it’s a non-profit organization.

“Svoboda also asked how he should go about having the flag removed from the church property,” the police report says. “Svoboda said that if he was flying a ‘White Lives Matter’ or a Confederate flag that he was sure he would be forced to have it taken down.”