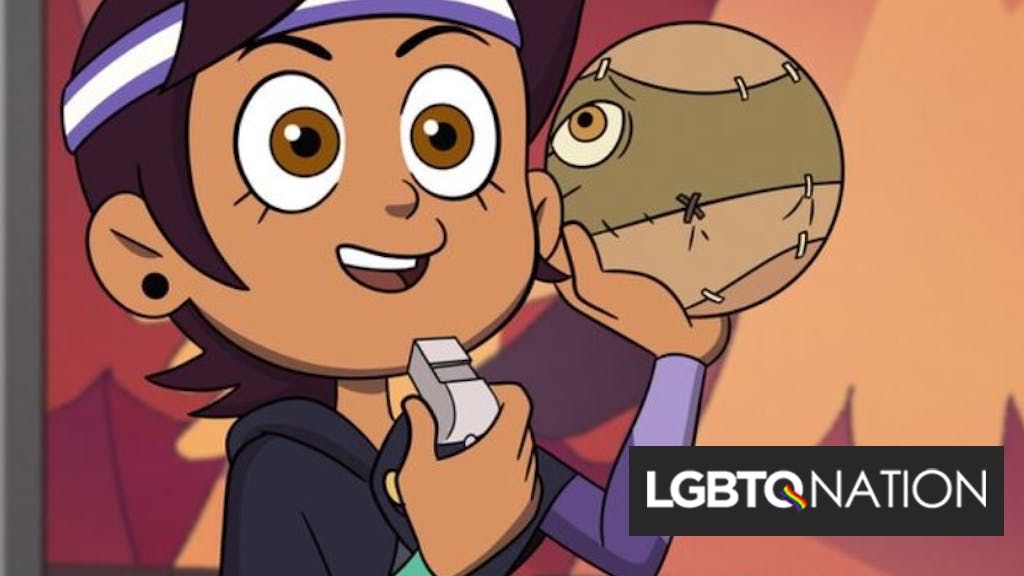 The Disney Channel confirmed that the lead character in an animated series in bisexual.

Luz Noceda, a 14-year-old Dominican-American girl, is the main character in the new series The Owl House, which debuted earlier this year.

In the show Luz tries to become a witch after stumbling on a portal to another world instead of going to a juvenile detention camp. She makes friends with a witch, Eda the Owl Lady, and her demon roommate King, and Luz becomes Eda’s apprentice.

In an episode last week, Luz was asked to go to a dance by another girl who “framed in such a way that it’s fairly clear her feelings are more than platonic,” wrote Julie Muncy on io9.

She said that Disney at first told her that she “could NOT represent any form of bi or gay relationship on the Channel.”

“Luckily my stubbornness paid off and now I am VERY supported by current Disney leadership,” she wrote on Twitter. Terrace is herself bi.

In dev I was very open about my intention to put queer kids in the main cast. I’m a horrible liar so sneaking it in would’ve been hard haha. When we were greenlit I was told by certain Disney leadership that I could NOT represent any form of bi or gay relationship on the Channel.

Representation matters! Always fight to make what YOU want to see! As OH continues I can’t wait to explore things that are important to me and my crew. Looking forward to the next chapter. ??

…Which is next week in WING IT LIKE WITCHES!
Thank you for watching! #TheOwlHouse pic.twitter.com/U8PHHT2g91

On Twitter, Alex Hirsch, the creator of the Disney series Gravity Falls, which ran from 2012 to 2016, said that Disney “FORBADE me from any explicit LGBTQ+” representation.

In 2012 the Disney censor note on this image would have been:
“inappropriate for channel, please revise, call to discuss” (to avoid a paper trail)

Props where props are due! This time, Disney- you did good. pic.twitter.com/HLDux1jNUk