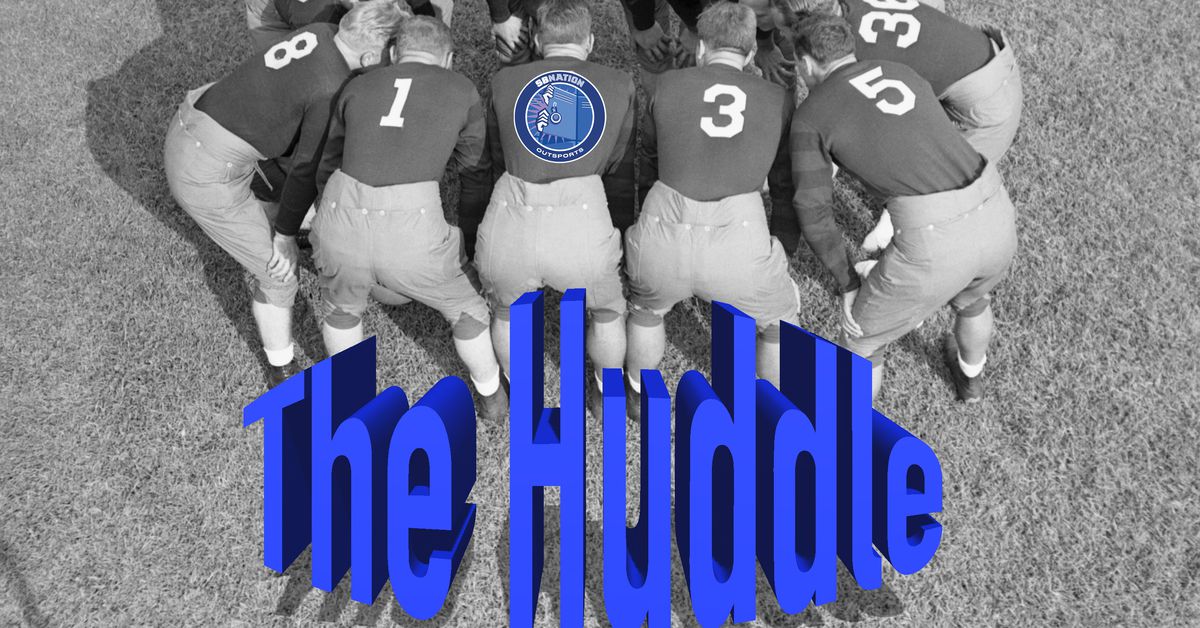 So, this is new! Let us know what you think in the comments section below. And if you, your team or an out athlete you follow have an upcoming event you’d like us to highlight, email us at outsportshuddle@gmail.com

Today, August 15, 2020: Other than the WNBA, we’re not aware of any events scheduled involving out LGBTQ athletes. If you know of one, or more, let us know! Scroll down for a list of major sports events on TV today.

LGBTQ Sports and Out Athlete News

Out gay strongman Rob Kearney talks about the homophobia he’s experienced and vows to never back down.

USA Today selected out lesbian tennis icon Billie Jean King as a woman of the century.

Rachael Rapinoe, who spoke to our Cyd Zeigler on the Five Rings To Rule Them All podcast in May, chatted with Benzinga about her CBD business.

Erin Parisi is reportedly more than halfway to becoming the first openly transgender athlete to climb to the highest point on all seven continents.

Windy City Times reports Lindsay Frounfelkner is the new president of the LGBTQ+ sports league, the Chicago Metropolitan Sports Association. She replaces Matt Herek as the CMSA’s fifth-ever female president and its first since 2010.

Adam Rippon is among the athletes profiled in a new series on SkySports by Sarah Stirk, “Life Lessons Through Sport.”

See a headline or an interesting item we missed? Let us know at outsportshuddle@gmail.com

Here are just a few new posts that you might have missed.

New social justice shirts sported by members of the WNBA team in Seattle.

Out high school coach Anthony Nicodemo shared a message from his union regarding serious concerns about reopening schools during the pandemic.

And speaking of schools, Chris Mosier has tools for teachers to support LGBTQ students:

ATTN TEACHERS! School may look different this coming year, but it’s still essential to support your LGBTQ+ students. Many queer students may actually be missing school – for some, it’s the one place where they feel they can fully express themselves if home is an unsupportive place. While there may be barriers for them feeling fully able to show up authentically while attending virtually, we need to give LGBTQ+ youth affirmation & support, perhaps more now than ever before. There are a few ways to make this happen. As you scroll through, consider what may work in your classroom, depending on what you teach & what grade you are addressing. And pay particular to the pronoun slide – know that LGBTQ+ youth may not be able to be addressed by their true pronouns & name & that this may be a sensitive topic pending their family/home situation, so keep that in mind when making a decision on how to incorporate (or not incorporate!) these tips in your plans. Of particular importance are the visual indications of your support, which students would be able to see in person, as well as incorporating LGBTQ+ topics, people, events & significant lessons into the entirety of your plans, not just limited to one day of awareness or visibility (although celebrate those too!). If you’re a teacher (FIRST OF ALL, THANK YOU) what are you planning to do to help your students thrive in the coming year? If you’re a student, what other tips do you have for teachers to show support online? Please share with those who may find this helpful & thank you for supporting LGBTQ+ youth! #lgbtq #lgbtyouth #transgender #transyouth #classroom #lessonplans #glsen #gsa #ally #allies

It’s been a decade since we told competitive figure skater Chad Conley’s story. Check out his new look:

It’s available on Apple Podcasts, Google Podcasts, Spotify and on every platform where you find Outsports!

And for your sports viewing pleasure, here’s a handy guide to today’s major pro sports action:

UFC light heavyweight champion Daniel Cormier vs. Stipe Miocic at UFC 252 at the UFC Apex in Las Vegas. Cormier, 41, has said tonight’s clash will be the final fight of his Hall of Fame career. Main card starts with featherweight bout at 10 p.m. EDT on Pay Per View. Read more from our friends at MMA Fighting.

Soccer: AKA Football Across the Pond

NASCAR: Driving Round and Round

Xfinity Series: UNOH 188 at the Daytona Road Course at 3 p.m. EDT on NBCSN.

Was this helpful? Mildly enjoyable? Did you HATE IT? Tell us in the comments below! You can also email us at outsportshuddle@gmail.com