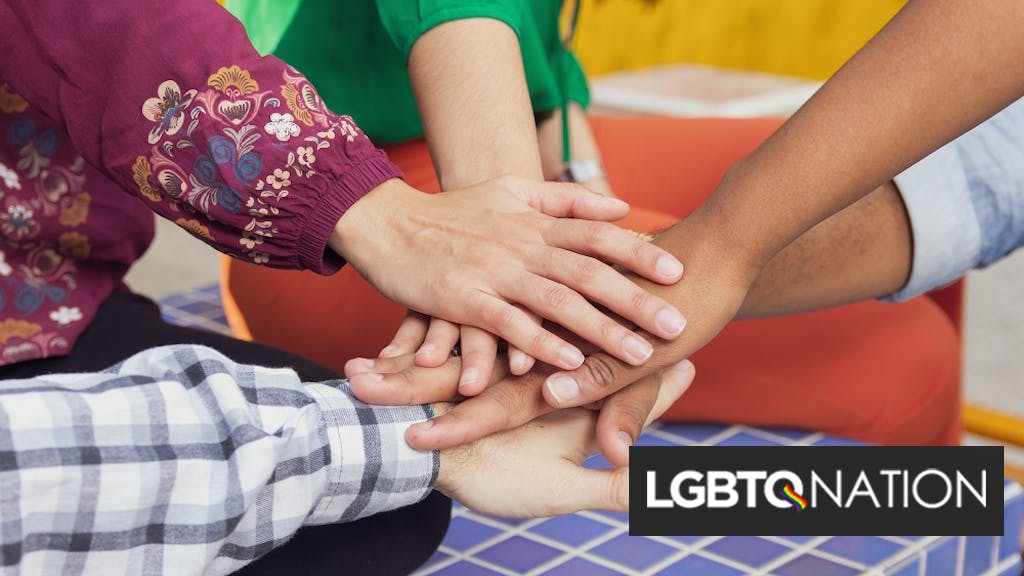 Sen. Kamala Harris’s (D-CA) parents are from Jamaica and India, and she identifies as Black and Asian.

Some conservative critics now claim that Harris cannot refer to herself as “Black” or as “Asian” because she was born of mixed “races.” Others, like Mark Levin on his BlazeTV show, claims she cannot call herself “African American.”

Related: Donald Trump launches birther attack on Kamala Harris. She was born in the United States.

“I’m not going to be a stickler about this,” said Levin, “but the media will insist on it. Kamala Harris is not an African American. She is Indian and Jamaican.”

“African American in the American context generally means having a direct relationship to the experiences of slavery and segregation and Jim Crow so on,” argued D’Souza.  “And the point I’m trying to make is that Kamala Harris seems to be descended less from the legacy of, let’s say, Frederick Douglass, than she is from the legacy of the plantation itself.”

Harris would have been thrown off the “white” train cars 130 years ago, but D’Souza says she does not have the right to self-define today. Really?

In 1890, the Louisiana General Assembly passed the “Separate Car Act” granting railroad companies the right to provide separate railway cars for the so-called “white” race and the “colored” race.

On June 7, 1892, Homer Plessy, a shoemaker, was jailed for sitting in a “white” car of the East Louisiana Railroad. He was one-eighth black and seven-eighths white, and, therefore, was required to sit in the “colored” car according to the so-called “one drop” rule—one drop of “black” blood makes one “black.”

Plessy sued in the case Plessy vs. The State of Louisiana in 1892, in which Plessy claimed in state court that the Separate Car Act violated the 13th and 14th Amendments of the U.S. Constitution. The 13th Amendment abolished slavery and the 14th Amendment prohibited restrictive state legislation, saying that no state “shall make or enforce any law which shall abridge the privileges or immunities of the citizens of the United States…[or] deprive any person of life, liberty, or property without due process of law, [or] deny to any person within its jurisdiction the equal protection of the laws.”

Judge John Howard Ferguson in the state court decided that the state could regulate railroad companies that operated only within Louisiana (though he earlier ruled that it was unconstitutional if the train traveled between different states). The Court, therefore, ruled against Plessy.

Plessy then appealed to the United States Supreme Court. In Plessy vs. Ferguson, 1896, by a ruling of 7 – 1, the court upheld the lower courts’ decision. Writing for the majority, Justice Henry Brown wrote:

That [the Separate Car Act] does no conflict with the Thirteenth Amendment, which abolished slavery… is too clear for argument…. A statute which implies merely a legal distinction between the white and colored races—a distinction which is founded in the color of the two races, and which must always exist so long as white men are distinguished from the other race by color—has no tendency to destroy the legal equality of the two races….

The object of the [Fourteenth Amendment] was undoubtedly to enforce the absolute equality of the two races before the law, but in the nature of things it could not have been intended to abolish distinctions based upon color, or to enforce social, as distinguished from political equality, or a commingling of the two races upon terms unsatisfactory to either.

This case set the precedent that separate facilities for blacks and whites were constitutional if they were allegedly equal (though they certainly were not equal). This “Separate but Equal” doctrine soon extended to other areas of public life including restrooms, restaurants, theaters, hospitals, and public schools.

It also extended the “Black Codes”—the so-called “Jim Crow” laws—throughout the South. These laws were passed following the enactment of the 13th Amendment of the United States Constitution to limit rights of Black people who were newly freed from slavery.

Jim Crow statutes got their name from Jim Crow, a southern minstrel performer. In minstrel shows, white entertainers performed in blackface and used demeaning stereotypes of African Americans in their songs, dances, and plays.

What Is “Race” Anyway?

We can define “race” as applied to groups of people as a ranking linked to supposed differences and similarities in biological and anatomical traits, which a given society accepts as socially significant and related to how people in that society treat people differently because of those differences.

Looking over the historical emergence of the concept of “race,” critical race theorists remind us that this concept arose concurrently with the advent of European exploration as a justification and rationale for conquest and domination of the globe beginning in the fifteenth century, and reaching its apex in the early twentieth century.

Geneticists tell us that there is often more variability within a given so-called race than between races, and that there are no essential genetic markers linked specifically to race. They assert, therefore, that race is discursively constructed — a historical, scientific, biological myth.

For example, a woman who lives her entire life in a small African village surrounded by a community of people like herself may never have given much thought about being Black since her society does not construct identity in terms of her skin color. When she takes a trip to the U.S., though, she discovers for the first time that she is a Black person since this society constructs identity based on skin color and country of origin.

In another example, a woman of Scottish and Irish heritage who grew up in a Methodist family and community in the Midwest of the United States is considered as white. She married a Muslim man from Iran who teaches Islamic Studies at a local university. Before her marriage, she converted to Islam and wears a hijab scarf covering her hair and neck. Most people upon seeing her no longer consider her as white. In this way, religion itself is racialized.

In most societies, though it is socially constructed, race has been defined as a continuum rather than simply as a binary of dominant group on one side and subordinated group on another.

The Single Origin Hypothesis posits that all human ancestors originated in Africa, and their descendants migrated throughout the world. Genetic evidence indicates that all human beings descended from humans who lived in Africa about 60,000 years ago. The earliest group of humans believed to find their present-day descendants were among the San people of southwestern Africa.

Departing this area, the first migrants remained near the shores of oceans, tracing a group along the coastal areas of the Indian Ocean including segments of the Arabian Peninsula, the Middle East, the Indian subcontinent, and into southeast Asia, down into what is currently Indonesia, and eventually reaching Australia.

The second group of migrants took a northerly route who divided somewhere in the expanse of present-day Syria and spreading into interior Asia, where it split several more times in Central Asia, north of Afghanistan.

From Central Asia, a small group migrated towards the northeast, following the reindeer as a source of food. These were the Chukchi people, a few of whom still live a nomadic lifestyle today.

An even smaller group, approximately no more than 20 Chukchis, crossed over what is now the Bering Sea approximately 13,000 years ago during the latest glacial period, which journeyed into North America. These were the forebears of Native Americans. Approximately 800 years later, they stretched into current-day South America.

The African diaspora is thought to have started around 50,000 years ago. This time span was enough time for many changes to have occurred in humans who stayed in Africa. The genetic trends reported involve humans who left Africa, and their genetic histories.

The diversity found throughout the world are related to many factors, including geographic location. Those whose early ancestors remained closer to the Earth’s equator, maintained greater amounts of skin melanin.

And those whose early ancestors traveled further away from the Earth’s equator, developed less skin melanin to allow the skin to absorb appropriate amounts of Vitamin D from the sun.

Though modern biologists and social scientists have shown that the concept of race is socially constructed, however, “the knowledge that race is an ideological, social/material construct does not take away the consequences when one is faced with actual racist incidents or practices.”

A central tenet of liberation is having the freedom to define oneself and not be defined by others!

Harris knows perfectly well who and what she is. And to all the race baiters, we know who and what you are too. Your attacks will not stick but in the end, boomerang back onto you.