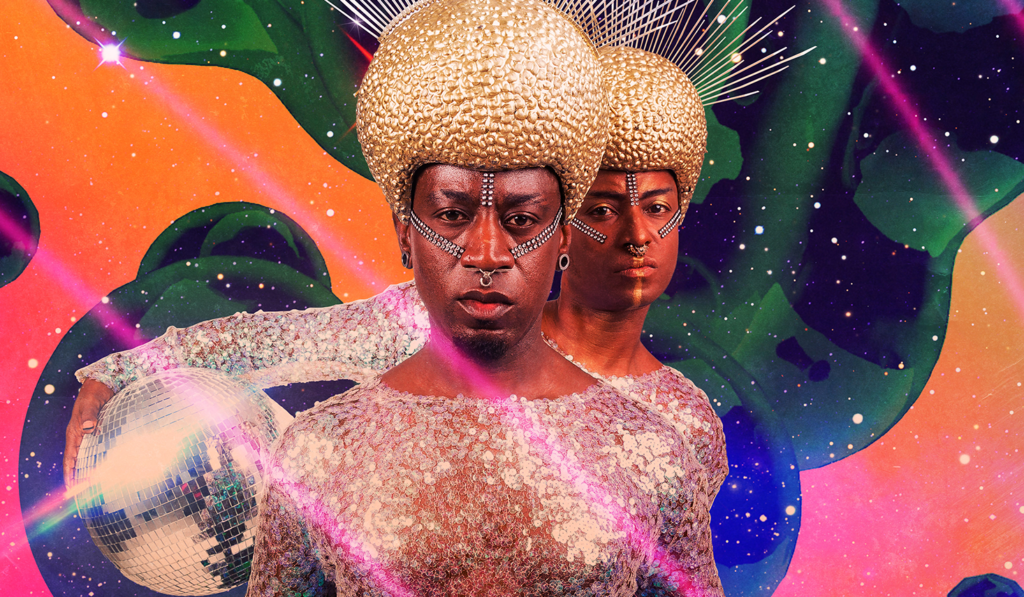 You’ve also said that Step Back is a tribute to the Stonewall Riots. How important is it for the LGBTQ+ community to remember their history and trailblazers such as Marsha P. Johnson and Storme DeLarverie?

Monstah: It’s really important for us to know that history and really embrace it. If we don’t, then moving forward, we have a chance of repeating things that don’t need to be repeated. If you don’t know your history, how can we possibly move forward?

Manchild: This year’s Pride here in New York felt more like Pride to me, because people took to the streets to demand justice for Black trans women who are being murdered at an extremely high rate, and to show solidarity with the Black Lives Matter movement. It just felt like there was a real coming together as opposed to the years prior, where it just seems like a party centered around white, cis, gay men. This year felt like we were all invited to step up. I hope that continues.

Monstah: Even with the programming for Pride events, it’s very tailor-made for white, cis, gay men. So if you’re a lesbian or of colour or transgender, it seems like you’re just out of luck. It’s turned very corporate.

Manchild: Since, I guess the 90’s, I’ve only known it to be that way. It was very refreshing and it was nice to see people remembering people like Marsha P. Johnson and Storme DeLarverie and the pioneers and seeing the inclusion of brown and Black colours on the rainbow flag. A few years back, that was very controversial here. A lot of people were up in arms about how they were adding colours to the flag to represent Black and Indigenous and people of colour. This year, I saw those flags everywhere. It’s like a lightbulb went off in people’s heads and they were like, ‘Oh, I get it now,’ even though we’ve been talking about it for a long time.

This year’s Pride here in New York felt more like Pride to me, because people took to the streets to demand justice for Black trans women who are being murdered at an extremely high rate, and to show solidarity with the Black Lives Matter movement.

What do you think Pride events in the future can learn from this year?

Manchild: I don’t think that it will. I have to remain optimistic that it won’t go back because of all that has happened. This is a change to our lives and lifestyles. Defying racism and white supremacy has to be a lifestyle. It has to be something about holding each other accountable. It has to be the new normal. So I think the official Pride events now, I hope, will have people of colour in those rooms making those decisions, so it’s not just the perspective of white, cis, gay men. There needs to be people of colour in there, women in there and trans men and women and bi people… everyone. I hope the table opens up so we can all have a seat.

Monstah: Well my hope is that it will happen, because of the younger generation. They’re seeing it now and they’ve seen how the changes are going to happen. So, they have something to delve into as they grow older. It’s being set up for them, so it’s up to them to hold on to it.

So, what’s next for you both? You have a new single coming out this month right?

Monstah: Yes! Gravitational. It’s about the energy that brought us together.

Manchild: We wrote that song, really with the moment we met in mind. We met in a club, on a dancefloor, and we were both dancing separately, alone. Then at some point in the evening, we found ourselves dancing together until the lights came on in the club. Gravitational is really about that moment. We never really mention it that much in the story when we’re telling it, but I think we should start including the story. Basically, the party we were at was very sexually ambiguous, meaning that it was mostly a crowd of straight people!

Monstah: True, it wasn’t a gay club or gay party, it was just a party and we both happened to be there.

Manchild: I happened to stick out like a sore thumb.

Have you considered pitching the story of your lives as a film? I’d buy a ticket!

Manchild: Well, funnily enough, we’re working on some stuff. Thank you, we needed that inspiration!

Let’s get into it then: who would play you both?

Manchild: Well that is a good question. To you Monstah.

Manchild: Gosh, I don’t even know who would play me. I’m so complicated.

Monstah: Is there a younger Idris Elba there, Sam?

I wish. But if I have any people in mind, I’ll let you know. Let’s get this future Oscar-winner rolling.

Manchild: Yes! I would love that.

Monstah: We’re going to talk to Janelle and see what happens!

You can listen to The Illustrious Black’s brand new single Gravitational here on Bandcamp, as well as their EP, TECHNEGROCOLOR, below.