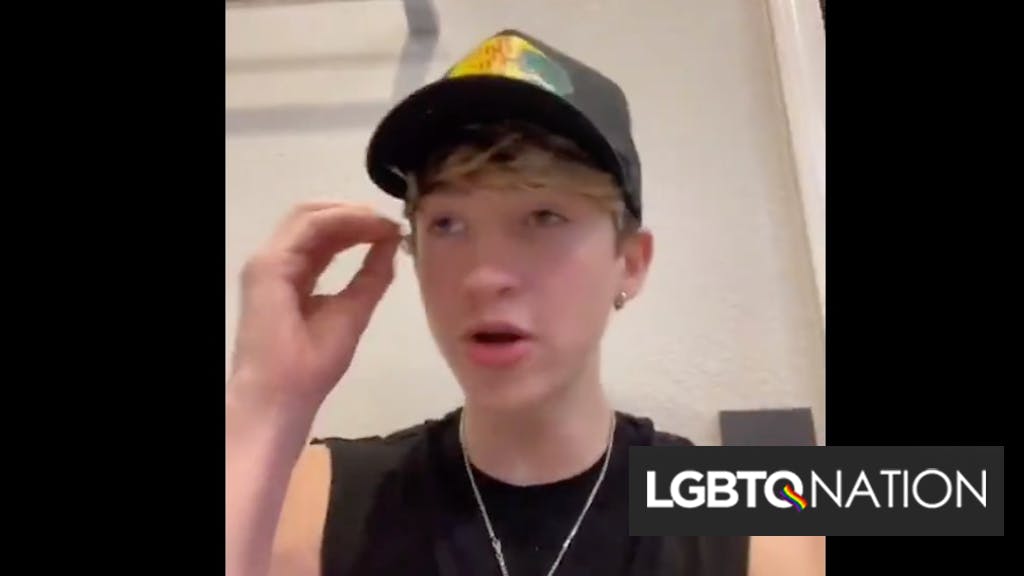 Cash Baker is a popular teenage Tik Tok star, but he’s flaming out in a dramatic manner after launching multiple attacks on LGBTQ people, Muslims, Jews, and Hindus.

Baker had over 16 million fans on the platform before posting the videos denigrating other religions and the queer community and now he’s whining that he’s lost “thousands and thousands” of followers over the bigoted remarks.

He removed the videos after friends warned him it could cost him lucrative endorsement deals, but took to the app again to defiantly “explain” himself while continuing his crusade. And now he says that he doesn’t care about the lost opportunities.

“Brand deals probably won’t want to work with me as much because I’m preaching the gospel and I’m too problematic,” he said in one video.

“I know it’s going to make a lot of people hate me for preaching the gospel. But guys, I’m just trying to preach the truth and what the Bible says, guys,” he added. “I only do all this because I love you guys.”

Baker’s “love” included telling LGBTQ people they would burn in hell because they are sinners.

“But guys, you gotta understand. Everybody gets that so confused with us saying that we hate LGBTQ people and all that. But guys, no, that is completely, completely wrong.”

“Guys, in the Bible it says that one sin is as equal as all sin, and it says man should be with woman and woman should be with man,” he added. “So, therefore, guys, yes, it is a sin in the Bible. But guys, everyone sins. I sin all the time. That does not mean I love you any less or look at you any different.”

In a separate video, Baker castigated non-Christian religions, claiming that Muslims, Jews, and Hindus are “making up false gods and prophets is a sin in the Bible.”

Queerty reports that Baker has seen an 80 percent drop in viewership since posting the videos, with his average number of views per video plummeting from over a million to about 200,000.

Cash Baker fans outraged calling his latest videos homophobic, Islamophobic, anti-Semitic etc. In rants, Cash says he does not support LGBTQ+ community and other religions because of the Bible—rants and reactions in thread. Cash has 16.4M TikTok followers. What are your thoughts? pic.twitter.com/psAe20TN98