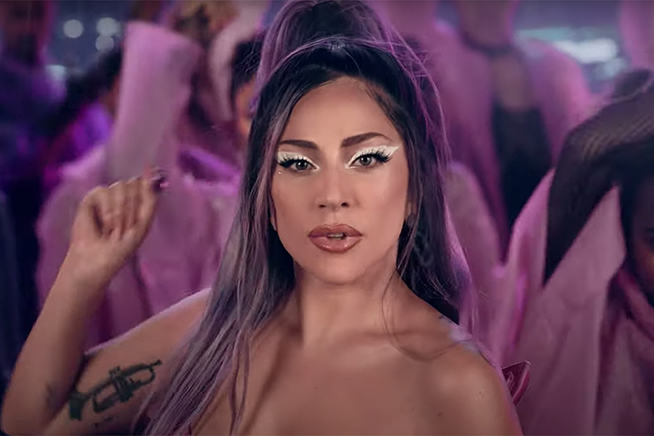 Lady Gaga has been announced as the latest artist to take over on the VMAs 2020 stage.

It’s the first time back for Gaga at the VMAs since her unforgettable performance of Applause in 2013 when she stripped down to a clamshell bikini.

The artist, who dropped her latest album Chromatica on 29 May, leads the VMA nominations with nine music awards – seven of them are for the second release of the album, Rain On Me featuring Ariana Grande, including Video of the Year and Song of the Year.

“I’ve been at home dreaming of #Chromatica, and it’s finally time to take off for the first live performance,” she wrote on Twitter, along with a captivating short video showing herself wearing a giant extraterrestrial mask matched with a bathrobe and slides while sipping a drink.

The Rain On Me duo lead the nominations followed by Billie Eilish and The Weeknd with six nominations. Also, BTS will take the stage making their TV debut with their upcoming single Dynamite. Global pop talents Doja Cat, J Balvin, Roddy Ricch, Maluma, and CNCO are all set to perform as well.

Hosted by Keke Palmer, this 2020 VMAs edition will air live at 8 p.m. ET/PT on Sunday, 30 August across MTV’s linear and digital platforms, as well as with several outdoor performances around New York City.

I’ve been at home dreaming of #Chromatica, and it’s finally time to take off for the first live performance ? Tune in to the #VMAs on 8/30! ⚔️? pic.twitter.com/CwKWdsITtO