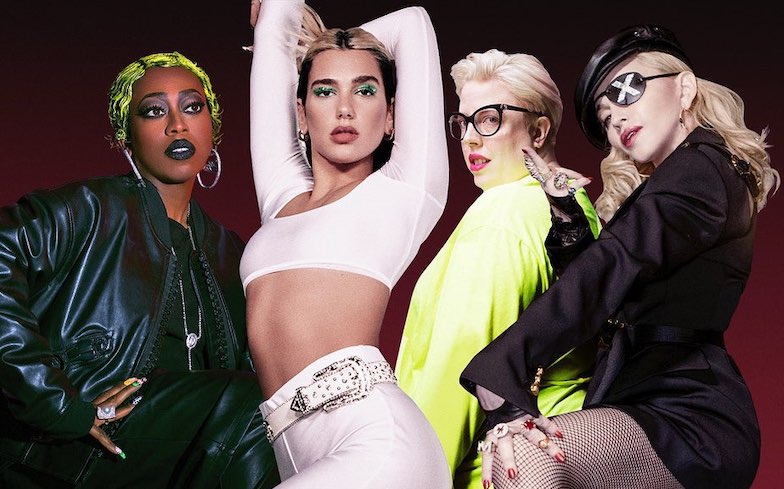 Remixed by DJ The Blessed Madonna, the 70s-inspired disco anthem has been updated to a more club-ready, MDNA-esque sound. Madonna makes her entrance as she sings Dua’s original second verse, before joining the British pop princess as they belt out the chorus. Missy makes her explosive debut towards the end with her own fierce, flirty verse.

In an interview with Zane Lowe for Apple Music, Dua said Madonna is an artist that she’s “listened to” her whole life, adding: “Her career trajectory as well has been something so inspirational and the momentum that she’s kept and the way that she’s grown with her music.”

Speaking about Missy’s participation on the track, Dua explained: “I jumped on the phone with her and we had a little talk and she really just does stuff that she really believes in, so that I felt it was such a massive compliment for me, for her to be so inspired by the remix and the track, and to want to be a part of it and be a part of this mixtape.”

The Levitating remix is the first single taken from Club Future Nostalgia, an album of remixes from her sophomore studio album, Future Nostalgia. It will also include a new version of her power-pop single Physical with Gwen Stefani and Mark Ronson.

You can listen to Levitating (The Blessed Madonna Remix) featuring Madonna and Missy Elliott here on Apple Music or below.