Julia Scotti spent much of her life as a stand-up comedian. One fateful night, she invited the woman to whom she was married at the time to dinner to break some news.

“Is it another woman?” her wife asked.

“Kinda,” Scotti replied, relying on her well-honed sense of humor to lighten the serious moment.

In fact, Scotti wanted to inform her that she is transgender.

The revelation, shortly before she turned 50, resulted in Scotti’s retirement from comedy, the dissolution of her marriage, and rejection by her two children for 14 years.

Then, in 2016 at the age of 65, having completed her transition and regained her self-confidence, she returned to the comedy stage, landing a spot on America’s Got Talent. Her performance earned wild applause and hastened her return to professional stand-up. She reunited with her children as well.

Julia Scotti: Funny That Way, the new documentary by Susan Sadler, recounts Scotti’s life, transition, and her comedy comeback later in life, a journey that is as heartwarming as it is remarkable. (The film plays at Austin’s virtual aGLIFF film festival through August 16.)

We caught up with Scotti to chat about her career comeback and her healed relationship with her children to coincide with the festival release.

What’s the state of your life at the moment?

God, it’s sort of a forced retirement that I don’t want at all. All of us—every comic I know, every performer I know—is just dying to go back to work. This is cruel; that’s the only word I can use for it. I’ve been writing a bit and just trying to make some plans in case we don’t go back, because nobody knows what’s going on. 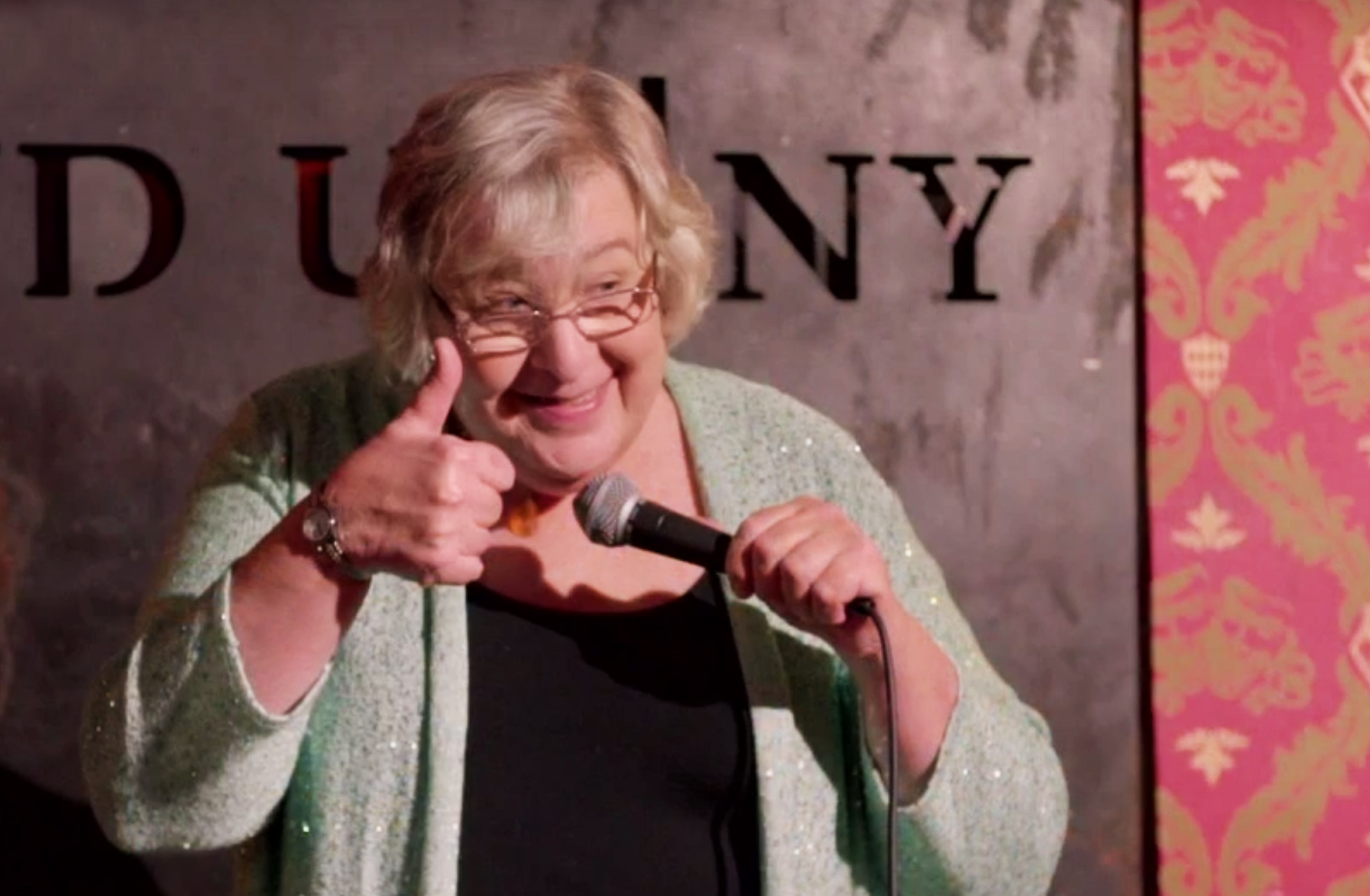 Are you recording material for YouTube or doing virtual shows?

If I think of something stupid for YouTube, sure, I’ll put it up there.

But it’s not my forte. I’m trying to write new material. Prior to this, I was scheduled to record a second album. It was on the docket for the fall. Plus I was supposed to be on tour with a TV special this year. But everything hit the fan. Everything is chaotic. I am doing some live shows outdoors. I feel like I’m in a M.A.S.H. unit sometimes. I’m in these fields and people sit in lawn chairs. It’s actually kind of cool. I feel like I’m going back to my roots.

You’ve been doing comedy for a long time. And you transitioned late in life.

Well, you have a history. I had a 50-year history, and so I’ve had to go back and revisit that. The positive is you cull out the people who shouldn’t be in your life anyway—the toxic people. What was left were good friends and family. So there was that positive.

I did lose my children for 14 years. They are now back in my life. I’ll tell you one thing: I got out of comedy the year I transitioned. I started teaching that year; it was my first year. That was the most frightening thing I’ve ever done. I’ve stood in front of thousands of people performing, and that’s nothing compared to standing in front of a room full of sixth graders.

You’ve also become something of an advocate. What satisfaction does that bring?

I’ve always been someone to champion underdogs. Now I am one. But I’ve always had a soft spot for kids too. So that’s where my heart lies. If I can help kids by living the life I’m living honestly, then that’s where I want to be mentally.

We hear so much about the power of laughter. What’s the satisfaction of hearing it?

Comedy is a very intimate performance. We have maybe a minute to get very close to our audiences, and for the next hour, we’re very bonded that way. To hear that roll of laughter come from the back of a theatre or comedy club, and just the warmth that comes over you when you hear it… I’ve never been addicted to heroin, but I can only imagine it’s not nearly as good as hearing an audience laugh.

Funny. I was going to ask, is laughter a drug?

Oh my God, yes. Ask any comedian. We were thrust into cold turkey withdrawal with [COVID-19]. I talk to my colleagues, and they’re doing Zoom comedy shows, standing in their living rooms. We need it. We’re hooked on it, sure.

How does coming out change your approach to comedy? You speak quite a bit in the film about your transition.

Well, I’ve said this before: it’s part of my life, it’s not all of my life. So let’s get that up front. I never intended to come back to stand-up as a career. If a friend offered me a spot, I went up and did it, but it was always with two criteria. I said I would never get on stage again unless: A) I could be totally truthful; and B) fearless. That meant talking about this, the 800-pound gorilla in the room. So right from Jump Street, I was talking about it. It wasn’t my whole act, but it was a chunk of it.

It’s been very rewarding for me. Whenever I start to talk about it to cisgender audiences, a little piece of me is going they get it, what I’m talking about. They’re not condemning me for being who I am. They understand. That’s cool.

Julia, with her son, Dan, and her friend Cathy Caldwell

What about aging? How does that change your approach to comedy?

It’s interesting. If you’re a concert violinist, the older you get, the more respect you get. Tony Bennett is 128 years old now–

People revere the guy. He’s still going strong. A comic hits 40, and suddenly he’s yesterday’s news. It’s sad: We like other artists better as time goes on. We become masters of the craft. And it is an art-form. I really feel like I’m hitting my stride now. My audiences are not senior citizens. They’re in their 40s for the most part. And I get a lot of kids coming up to me after shows, too. They want me to be their grandma!

I get that a lot, and it’s kinda cool.

So, we have to talk at some point about a very provocative scene in the film—

Oh, I know where you’re going…

There’s a tape of you telling some very homophobic and transphobic jokes from a show in the ‘80s. Obviously, you were dealing with a lot internally. Culturally we were at a different point too.

It’s definitely a cringy moment for me. You can see that in my reaction in the film. I’d forgotten about them. As I recall that period in my life, I was going through sexual identity issues. I thought I was gay, and I kept proving that I wasn’t. I never thought I might be transgender. So what you see there is a person who is struggling with identity. I think I reacted to [my feelings] by becoming super macho about it. It didn’t work. I mean, here I am. You can’t hide your truth.

I think most queer people would understand. I mean, how many of us tried to prove we’re not gay because someone bullied us for being too femme, or too skinny, or whatever?

You don’t want to be your truth when it’s socially unacceptable like that.

Exactly. And yet, once you walk through that door and accept yourself, there is freedom. It feels great. 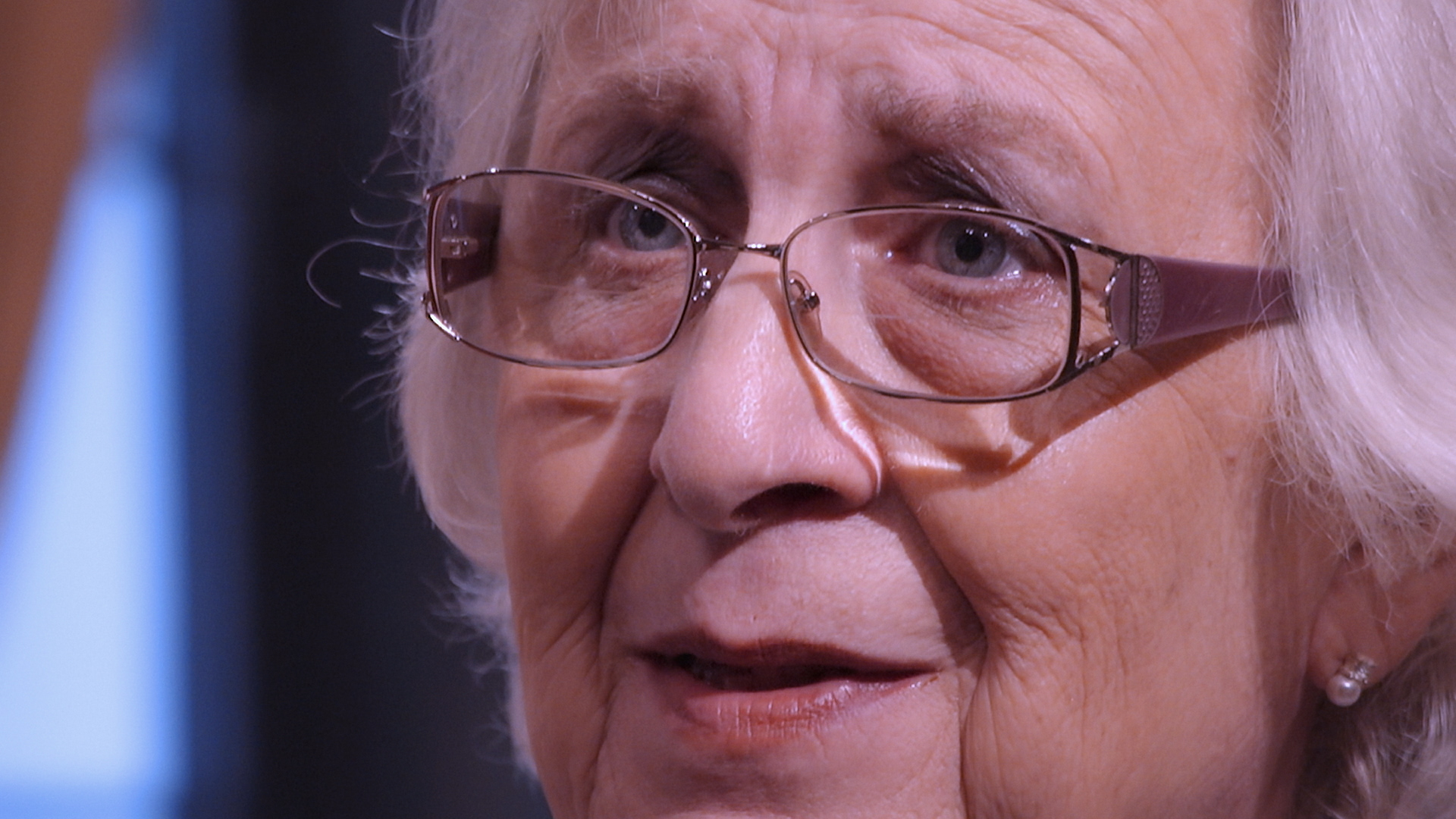 Will you ever retire?

Oh God. I intend to die on stage.

I’m not kidding! There have been a couple of comics along the way who have dropped dead on stage. That’s the way to go. It’s not cool for the audience, but it’s great for the comic. I’ll do this as long as I can get out there. It’s unfortunate: stand-up is one of those jobs that you don’t need to be super physical. Robin Williams, had he lived (God rest his soul), he couldn’t have done what he did when he was in his 30s, but he was still funny.

What’s next for you?

I like challenges. Earlier this year, I did some acting. Something I’d never done in my life. And I really, really liked it, strangely enough. Apparently I was pretty good at it. So I’d like to explore my acting chops a bit. I think there are a lot of roles out there that cis women are doing that I could do. I don’t necessarily have to play only trans women. If you’re looking for a Camryn Manheim or an Allison Janney, I could do that. Hell, she’s taller than I am.

I really, really think I have something to offer in that area, and I want to explore it. So, casting directors think about me. Consider me. If I suck, don’t hire me. I just want the opportunity to try.

What was the gig?

I did two short films. One student film, which was my first foray. And it was a drama. I had to cry, I had to get drunk. It was very cool. And I realized how similar it was to my stand-up, where you have to put yourself in a situation in order to make a bit work. You have to visualize and express in fun ways.

Well, I can’t wait to see what you do next.