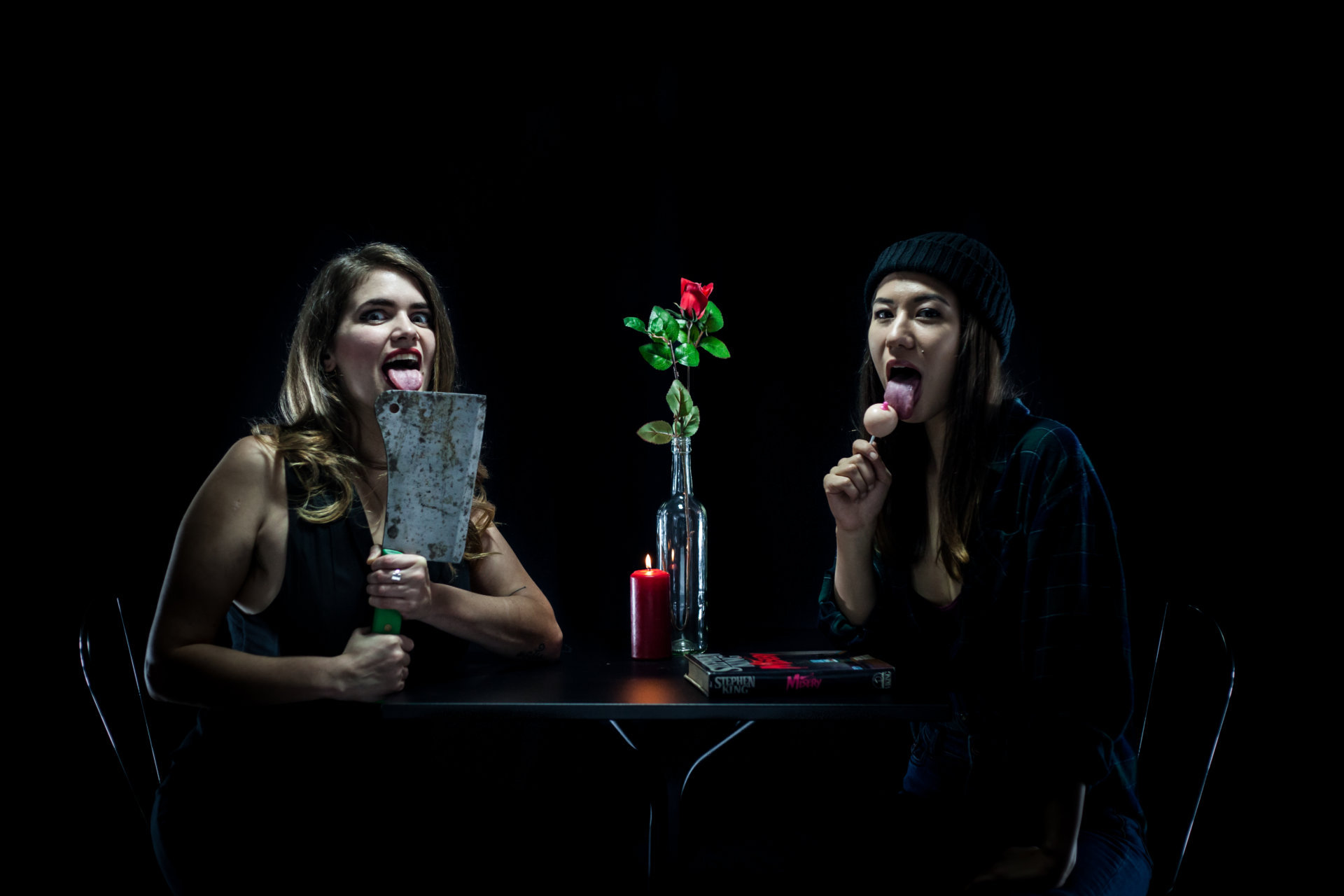 The nature of what is or is not acceptable in contemporary comedy is almost always rooted in a comedian’s membership to any given group or community. Historically this also meant that if you were a member of one marginalized community you could make fun of all the rest. It’s the reason, I surmise, why Jewish comedians felt comfortable making “black jokes” and vice versa, but as the rise of identity politics has given the Left a readily accessible language with which to discuss power and rhetoric and selfhood, who you are and who you aren’t allowed to speak about, or as, is increasingly part of the dialogue we have about all art, in large part because that discussion was an immense lacuna on the cultural landscape for so long.

I mention all this because shortly after interviewing Christina Saliba, the producer and one of the writers of Lesbian Speed Date From Hell!, a play which is being presented both at Off-JFL and Pride after a successful run at le Festival de la Bête Noir, I heard that Carmen Colas — the organizer of the unaffiliated Lesbian Speed Dating, the community dating event at NDQ — had taken issue with LSDFH!, in particular with a moment involving a man in a wig (a scene since altered as a result of this concern) finding the scene to be transphobic.

Colas explained that they’d been initially invited to play a role in the play, and had read the script and declined the part. It was after seeing the play that they approached Saliba with their apprehensions. Of course, this is one audience member’s impression, but nevertheless one with a definitive tie to the material. Colas was also not alone in having reservations about the play’s handling of trans identity.

Saliba, when asked to comment, points out that the character in question is meant to be “an over the top caricature of straight male culture.” He’s a creep and comes to ill ends. Nevertheless, it’s easy to see how the image alone could rile. The Straight Man in Wig is an old comedic trope, a gag based on the supposed unnaturalness of what another generation called cross-dressing. Then again, this is not a play that courts subtlety. It’s a horror as well as a comedy, there’s blood and gore, an abundance of self-proclaimed “bad lesbian puns,” and the whole production is inspired by John Waters’ Serial Mom and Rob Reiner’s Misery.

We often talk about how comedy ages badly, more than nearly any other art. Yet Colas’s concern about the first iteration of LSDFH! made me think specifically about Some Like It Hot, the 1959 comedy that has aged remarkable gently considering its foundational premise involves two men in wigs. Forgive the spoiler, but Some Like It Hot ends with a reveal: Jack Lemmon’s wig comes off, but somehow not to the consternation of his would-be lover (an elder and rather straight-seeming man), who only says with a shrug, “Well, nobody’s perfect.” Somehow this line is performed as tender; somehow it’s not really a joke. However, I’m also almost certain that some readers will disagree with me, will know the film and find the dated premise obscures any charms.

To my eyes this encapsulates what is inherently polarizing about jokes, and considering LSDFH! is already a genre mash-up, it feels in many ways destined to invite a clash of tastes, even within the community for which (and by whom) it’s performed. Of course, who exactly is included within a particular community is itself contested, hence the debate over who should or should not make what jokes. Does, for instance, the word lesbian in Lesbian Speed Dating imply cisgendered, or apply to all female-identifying persons? If the word itself has subtle and contested boundaries, then it follows that lesbian jokes do as well.

Bear in mind the vast majority of the cast and crew of LSDFH! are queer, and how that cast and crew feels about the play, Saliba notes, has been on the agenda from the outset. That’s meaningful. One queer cast member expressed to me just how nice it is to be able to embody a queer character on stage, an opportunity they aren’t afforded as often as they’d like. What’s also meaningful is that Colas’s comments seem to have been taken seriously. Writerly and performative discussions are being had, boundaries pushed, boundaries subsequently withdrawn.

Granted, where we express this kind of dialogue can be as meaningful as the content, and one imagines a public statement from Saliba with regards to the initial concerns would have done wonders in a relatively small and politicized Montreal community. Perhaps the production wasn’t initially diplomatic in its handling of the subject matter, but then again, to be tactless is not the same as being offensive, and a great deal of successful (and broadly speaking, inoffensive) humour can still be deeply crass.

It might be worth noting that LSDFH! is also a comedy about online ghosting, about how “cyberspace…creates monsters” with a total disconnect from our real human relationships. And yet here we have it, people talking about a play they saw, how it represents themselves, their friends, their affiliations. Whether or not anyone’s laughing almost seems beside the point when you recognize that this hashing out couldn’t be any further from the cold aloofness we associate with ghosting. It couldn’t be more real. ■