The newly highlighted ability has existed since May 2017, leaving us to wonder how many referees will actually use it, what FIFA will do if they don’t and whether other stakeholders — like local governments, broadcasters, viewers and sponsors — will take action to end the hateful chants once and for all.

The new code — which officially went into effect Monday, July 15, 2019 — states, “A match is automatically forfeited if the referee decides to suspend it after having applied the three-step procedure.”

The three-step procedure is as follows: “Referees would first stop the match and request a public announcement to insist that the discriminatory behavior cease. If this has no effect, he or she can then suspend play again and, if the racist, behavior persists, abandon the match.”

The new code further explains that if a football team’s spectators use homophobic chants, then the club can be fined at least $20,312 for a first offense. FIFA has mostly used this tactic to no great effect as the the fines represent a tiny fraction of each team’s massive overall revenue.

“[Subsequent offenses can require] disciplinary measures such as the implementation of a prevention plan, a fine, a points deduction, playing one or more matches without spectators, a ban on playing in a particular stadium, the forfeiting of a match, expulsion from a competition or relegation to a lower division.”

It also says individuals who’ve been directly discriminated against “may be invited by the respective judicial body to make an oral or written victim impact statement,” and that “if a match is abandoned by the referee because of racist and/or discriminatory conduct, the match shall be declared forfeited.”

Mexico will almost certainly put the FIFA to the test next

The team most likely to test the “new” disciplinary code is Mexico whose fans have long used the vulgar word for a male prostitute, “puto” (the colloquial translation is “faggot”) as an insulting homophobic chant.

In 2014, the Mexico World Cup coach Miguel Herrera defended such chants as a “not that bad” tactic to throw goalies off their game, even though numerous Mexican journalists say the slur harms LGBTQ fans and players alike.

In April 2016, the Mexico football team declared the slur discriminatory and even created a campaign to fight it. But six months later, Mexico reverted to saying the chant wasn’t homophobic and the Mexican Football Federation even appealed FIFA’s fines for the chants.

And they continued. Mexican fans chanted “puto” at Chile the day after the 2016 Pulse nightclub shooting, during a 2017 stadium game and at their country’s 2018 World Cup final against Germany. 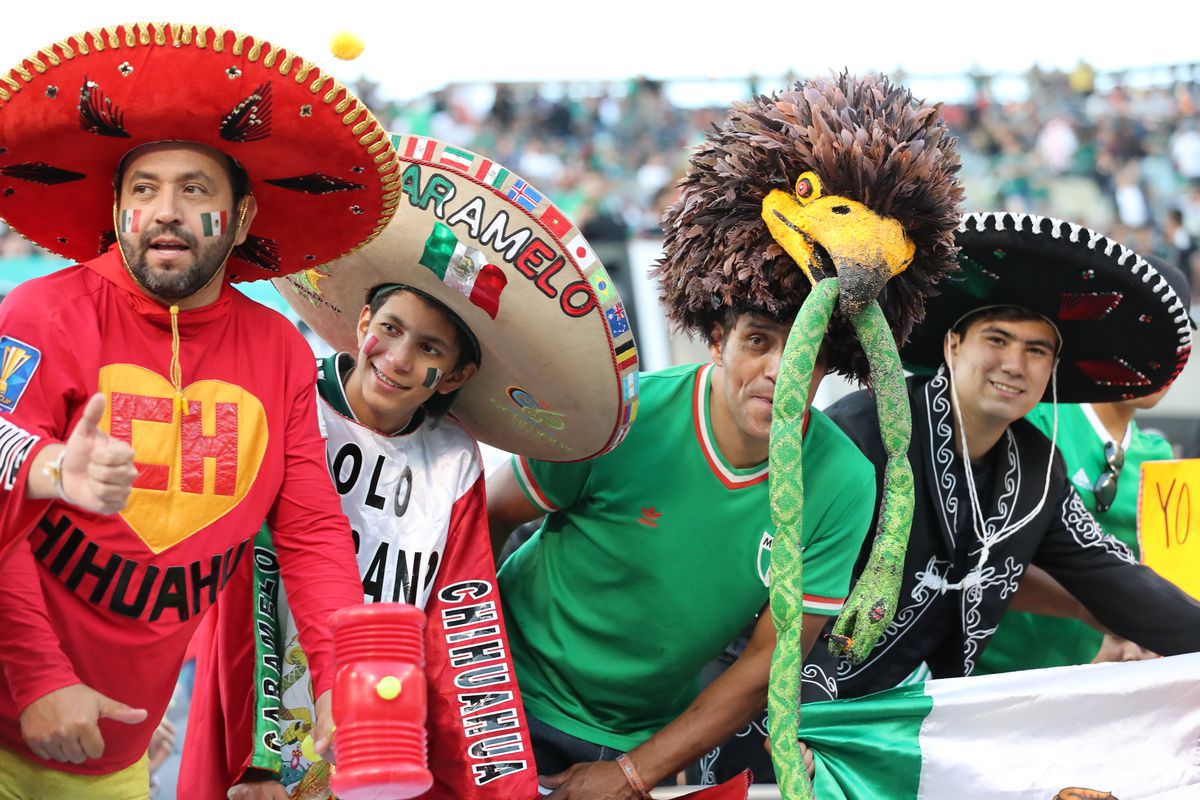 But here’s the thing: In 2017, Mexico asked fans not to repeat the slurs, stating, “If they suspend the game or if they expel you from the stadium; we lose, you lose, we all lose.” It worked. During the country’s June 2017 match against New Zealand, “puto” was nowhere to be heard.

In order to work, referees will actually have to apply the policy, and they should as it has basically been done before: In 2013, FIFA made Bulgaria and Hungary play a World Cup qualifier in an empty stadium after fans uttered racist chants — but as far as we know, FIFA has never cleared a stadium over homophobic chants… and it’s well past time they did.

In June 2014, FIFA claimed “puto” isn’t a gay slur even though it’s widely used in Spanish-speaking countries to mean “faggot.” In response, over 20 LGBTQ and allied organizations wrote a letter to FIFA explaining how the chants also undermine the inclusive values of broadcasters, viewers, venues, sponsors and advertisers alike.

FIFA’s toothless fines against the chants have laid fertile ground for the criticism that the organization itself is homophobic, especially since it chose Russia and Qatar, two countries with harsh anti-LGBTQ federal laws, to host its 2018 and 2022 World Cups.

But if FIFA won’t step up, state and cities with LGBTQ public accommodations ordinances could take steps to end anti-gay slurs for the hostile, unwelcoming environment they create for LGBTQ players and fans alike.

Some fans have stepped up to end the chants, according to ESPN.com:

U.S.-based Mexico fan group Pancho Villas’ Army has inserted a “no goalkeeper chant” clause into the group’s membership and made abstaining from shouting the anti-gay chant a condition for buying tickets for games in their section, in a bid to help put an end to the chant often heard in stadiums when the Mexico national team plays.

But beyond FIFA, other sports organizations — like Major League Soccer and CONCACAF — should do their parts to shut the chants down too. Sports broadcasting companies bear some responsibility when it comes to re-broadcasting these slurs on TV as well.

While FIFA controls the audio feed and can silence or bleep the slurs out, so can ESPN, Univision, Fox and other sports broadcasters, especially since the chants often occur when the opposing goalie kicks the ball (though sometimes fans use them more often).