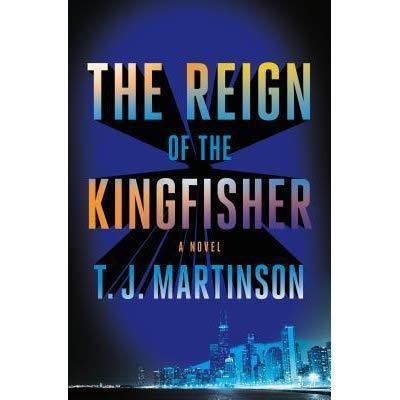 T.J. Martinson, who was hired earlier this year to teach at Olivet Nazarene University, said he was recently fired by the school’s administration because he authored a novel featuring a character who is lesbian, a sex worker as well as an atheist who chooses to hope instead of pray.

“This morning I was fired. Or, rather, pre-emptively fired,” Martinson, a graduate of Olivet Nazarene University in Bourbonnais, Illinois, announced in an extended Facebook post on June 28, noting that he was told someone who had read his book complained about the characters to the school administrators.

“On March 5th, 2019, my novel was released. On April 25th, I accepted an offer to serve as an Assistant Professor of English at Olivet Nazarene University, a private Christian college in my home state of Illinois. And today, June 28th, I was told by the Vice President, Dr. Carol Summers, that although they would pay me the agreed-upon salary for the forthcoming year, I would not be employed or allowed to teach,” he explained.

“Near the end of the meeting, Dr. Summers informed me that I had freedom concerning how I’d like to share this news, suggesting that I could state I had decided to go ‘in a different direction’ so as to, and I’m quoting, ‘save face.’ To this I informed her that I have no face to save; however, she and the rest of the administration does,” he added.

Martin then explained that Summers raised concern about the fictional characters in his novel, The Reign of the Kingfisher, using profanity, the lesbian, the sex worker and the character who “decides to hope instead of pray.”

“My novel has cursing. Originally, it had quite a lot more, but I edited some of it out because the F-word should be like the chili flakes atop a pizza—sparing enough to add flavor without getting obnoxious. That said, the use of ‘curse’ words was not arbitrary. Not only do these words exist in the world that artists are called to represent in some capacity, but my novel is set in Chicago and some of its main characters are A) an embittered journalist, B) an anarchist hacker, C) a disgraced CPD officer, and D) a sex-worker. To write these characters properly–to capture their beauty and foibles and idiosyncrasies–I had them curse at times when they talked mainly because I had difficulty envisioning a homicide detective looking at a crime scene and saying ‘goshdarnit,’” Martinson explained of his book.

“Now, as to why I included a lesbian main character. Well, it’s pretty simple. Much ink has been bled in the past few years detailing the need for more inclusive novels, novels that capture the breadth of experiences, backgrounds, and so on. It is, in my opinion, an ethical imperative that all writers must acknowledge and embrace. I personally wish for everyone to feel welcomed into my stories, especially those who are consistently disenfranchised and whose voices are often erased.”

He further explained that he didn’t feel it was appropriate to have his character who did not believe in God, choosing to pray when given a choice between hope and prayer.

Martinson said he was also taken aback by the reaction from the university administrator to his novel because he had told them he was a supporter of the LGBTQ community prior to being hired.

“When I applied for the job at Olivet, I made clear to them that I consider myself an ally of the LGBTQ+ community and this is an unwavering commitment that runs contrary to Nazarene doctrine,” Martinson wrote. “Although the administration tolerated this belief at first, it seems that reflecting this commitment by enacting diversity through my novel (which the administration, represented by Dr. Summers, did not read) was a step too far.”

The Christian Post reached out to Olivet for comment on Friday and was told Summers was on vacation and no one was available to comment for this story.