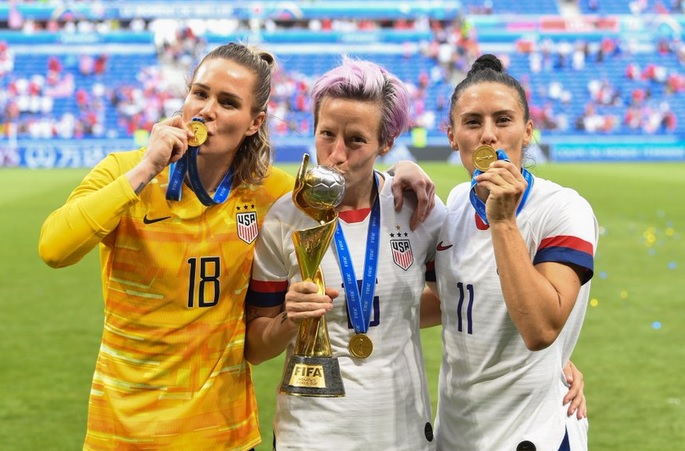 The posters in the NYC subway showed Rapinoe in her U.S. Soccer Women’s National Team uniform with the phrase “Dream with us,” meant to celebrate the team’s World Cup victory.

Police said that eight posters around the Bryant Park subway station in Manhattan were defaced with homophobic messages on Monday, just days before Rapinoe and her teammates came to New York for a ticker tape parade.

“Hate has no place in the transit system and we work hard to make the subway a welcoming, safe environment for everyone,” said a spokesperson for the Metropolitan Transportation Authority in a statement.

Related: Megan Rapinoe would beat Donald Trump in 2020 election according to new poll

“We referred this to NYPD which responded to investigate, our maintenance teams got the posters cleaned and we will have them replaced with new ones if necessary.”

Detective Hubert Reyes told USA Today that the NYPD’s hate crimes task force has opened an investigation into the vandalism. Rapinoe is a lesbian and has been outspoken in her support for LGBTQ equality.

In her victory speech at the parade, Rapinoe told the crowd that we need to “love more, hate less.”