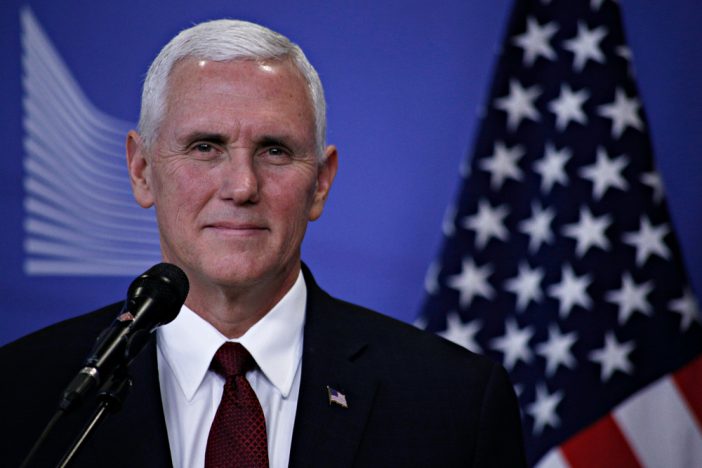 Secretary of State Mike Pompeo has announced a new commission that he said will decide which human rights are more important to U.S. foreign policy. And he’s stacked it with anti-LGBTQ activists.

The new Commission on Unalienable Rights will answer questions like “What does it mean to say or claim that something is, in fact, a human right?” and “How do we know or how do we determine whether that claim that this or that is a human right, is it true, and therefore, ought it to be honored?”

Pompeo said that the commission would conduct “one of the most profound reexaminations of the unalienable rights in the world since the 1948 Universal Declaration” of Human Rights. The group will focus, he said, on “natural law.”

Natural law is a philosophical thought that says that certain rights are inherent to being human, usually endowed by God, insisting that universal moral truths can be arrived at by examining religious texts or an imagined “state of nature.” Natural law as a concept is often used by the right to argue against women’s and LGBTQ people’s rights.

Glendon is a conservative law professor who “writes forcefully against the expansion of abortion rights.” She called marriage equality “a bid for special preferences” that will suggest that “alternative family forms are just as good as a husband and wife raising kids together.”

Peter Berkowitz
— Criticized the Supreme Court’s 2003 ruling overturning sodomy laws as “dangerous,” writing that “Justice Kennedy’s majority opinion seemed to follow the logic of his moral and political judgments rather than the logic of the law.”

Mary Ann Glendon (Chair)
— Has written extensively on her view that marriage equality is a “radical social experiment” that harms children. She also recently wrote a blurb for a viciously anti-trans book, calling the book—which culminates in a plan of action that calls for the complete erasure of trans people —“eminently readable and insightful.”

Shaykh Hamza Yusuf Hanson
— Lectured that his belief is for Muslims to repress being gay, and that homosexuality and same-sex marriage are prophesized as “one of the signs of the End Times.”

Jacqueline Rivers
— Delivered a speech at the Vatican, insisting that LGBTQ activists were “abolishing in law the principle of marriage as a conjugal union and reducing it to nothing other than sexual or romantic partnerships or domestic companionship.” She went on insist that LGBTQ activists have “unjustly appropriated” civil rights language.

Meir Soloveichik
— Called the notion of gay people’s marriages “nonsensical;” he went on to suggest that arguments favoring bestiality will follow same-sex marriage. Also, blurbed an anti-LGBTQ book written by the National Organization For Marriage’s co-founder.

Christopher Tollefsen
— Wrote an anti-trans essay that culminated in the opinion that “…attempts to change one’s biological sex all fail. That is an undefeatable reason against trying to do so.” In a follow up, he further argued that “…it is a mark of a heartless culture that it encourages such confusion even to the point of encouraging bodily mutilation as a solution to gender dysphoria and prohibiting therapy that might be psychologically and spiritually beneficial.”