Within minutes of their victory in France, the U.S. Women’s National Team learned New York City Mayor Bill de Blasio had invited them to Lower Manhattan this week, for a ticker tape parade through the city’s famous “Canyon of Heroes.”

“You have inspired the entire country,” de Blasio tweeted, “and New York City knows how to celebrate champions.”

Click here to read about this historic win by the U.S. Women’s National Team!

The last ticker tape parade in NYC was in July 2015 for none other than the USWNT. 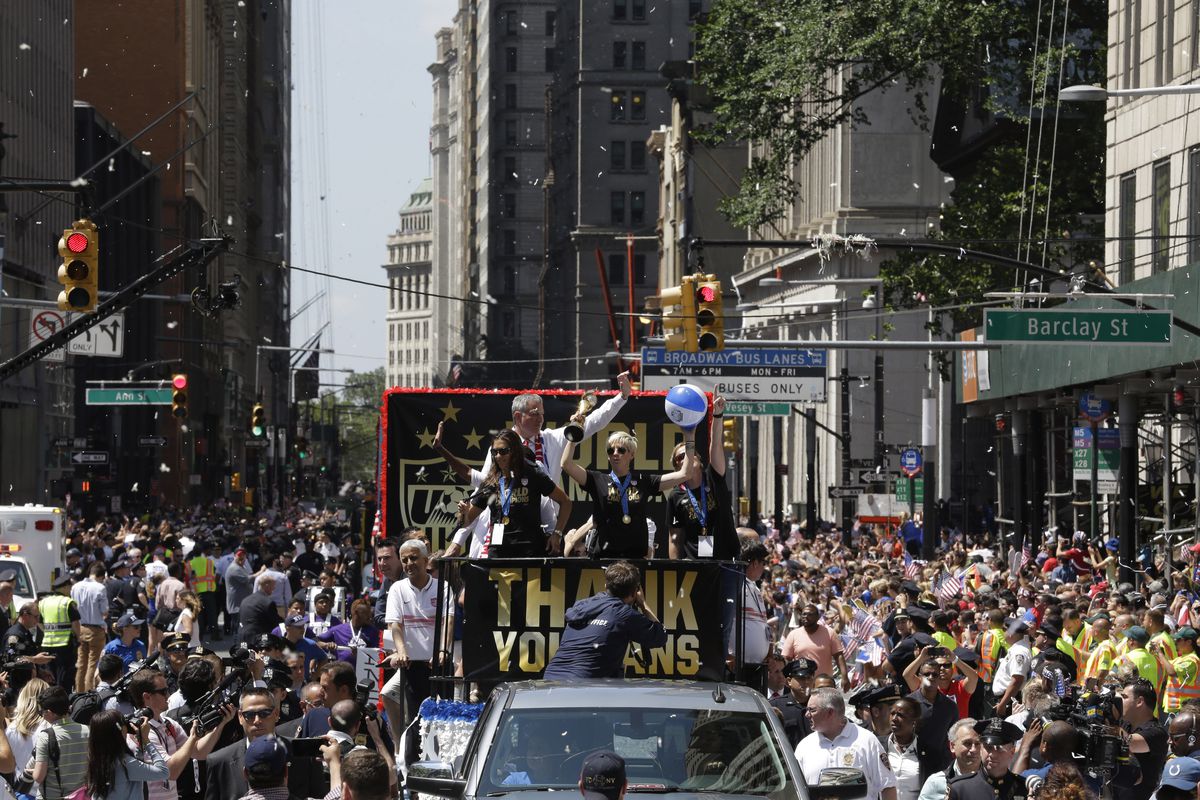 This week’s parade is set to step off on Wednesday, July 10, at 9:30 A.M. This will be the 207th ticker tape parade in city history, going back to the dedication of the Statue of Liberty in 1886.

In addition, the Empire State Building will light up in red, white and blue Sunday night in celebration of the 2-0 World Cup win over The Netherlands.