For many years, the Tampa Bay Rays have been known to be one of the most forward-thinking teams in Major League Baseball. Whether it’s through defensive shifting, use of “the opener,” or even possibly moving half their games to the birthplace of Celine Dion, the Rays have had to be at the forefront of the game in order to compete with behemoths like the Yankees and Red Sox.

Now the Rays are attempting to lead the way for the rest of MLB off the field as well by becoming one of two major league teams to sign on to an amicus brief calling for the Supreme Court to uphold workplace rights for LGBTQ citizens. It’s a leap forward for a sport that likes to tout itself as a symbol for American values but traditionally has had a mixed relationship with the community. 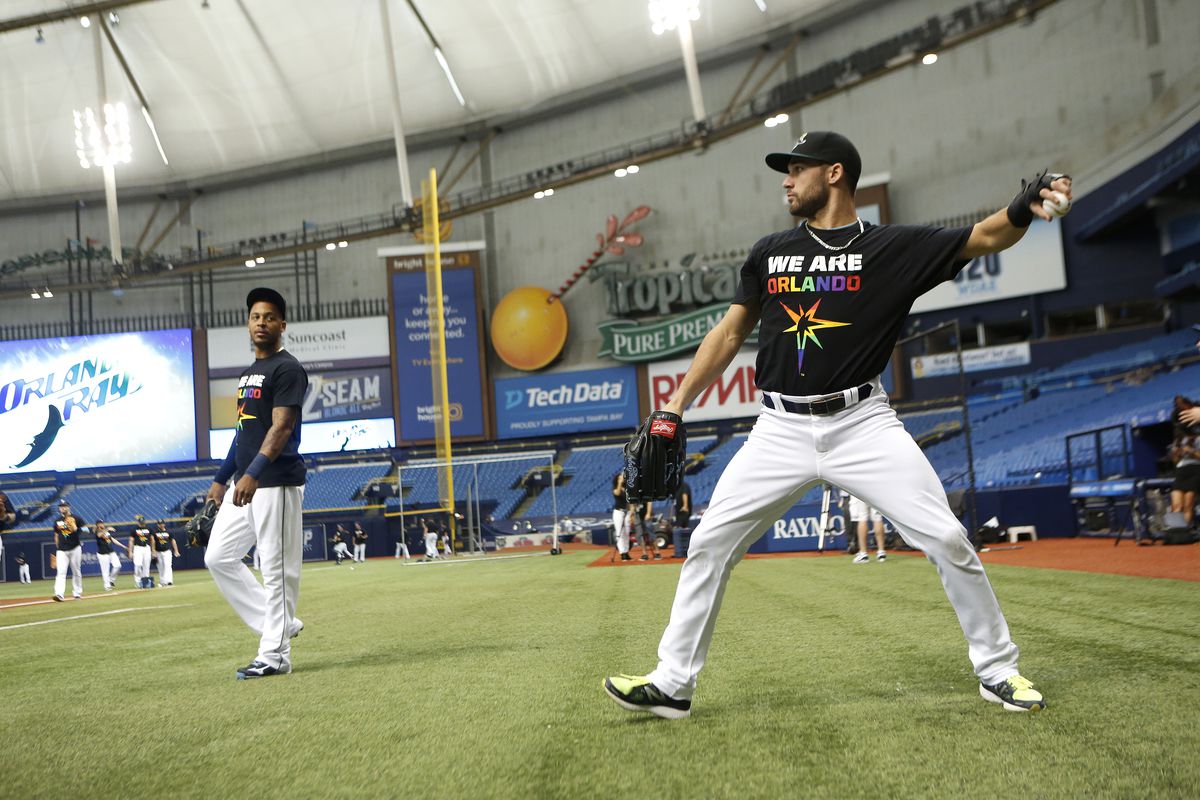 In 2016, the Rays showed solidarity with victims of the Pulse massacre by taking the field in shirts bearing the message: “We Are Orlando.” Photo by Brian Blanco/Getty Images

The San Francisco Giants also signed on to the brief, continuing to uphold their status as an organization that has traditionally supported its local LGBTQ fanbase through events such as the annual Until There’s a Cure Day promotion. The Giants are also the first baseball team to sponsor an HIV/AIDS awareness game and to wear red ribbons on their uniforms.

Co-signed by over 200 major corporations, the brief petitions the court to rule that current federal civil rights law prohibits discrimination in the workplace on the basis of sexual orientation and gender identity. Since employees can still be fired for being gay in 26 states (including Florida), such a ruling would obviously be a landmark victory for civil rights in America. 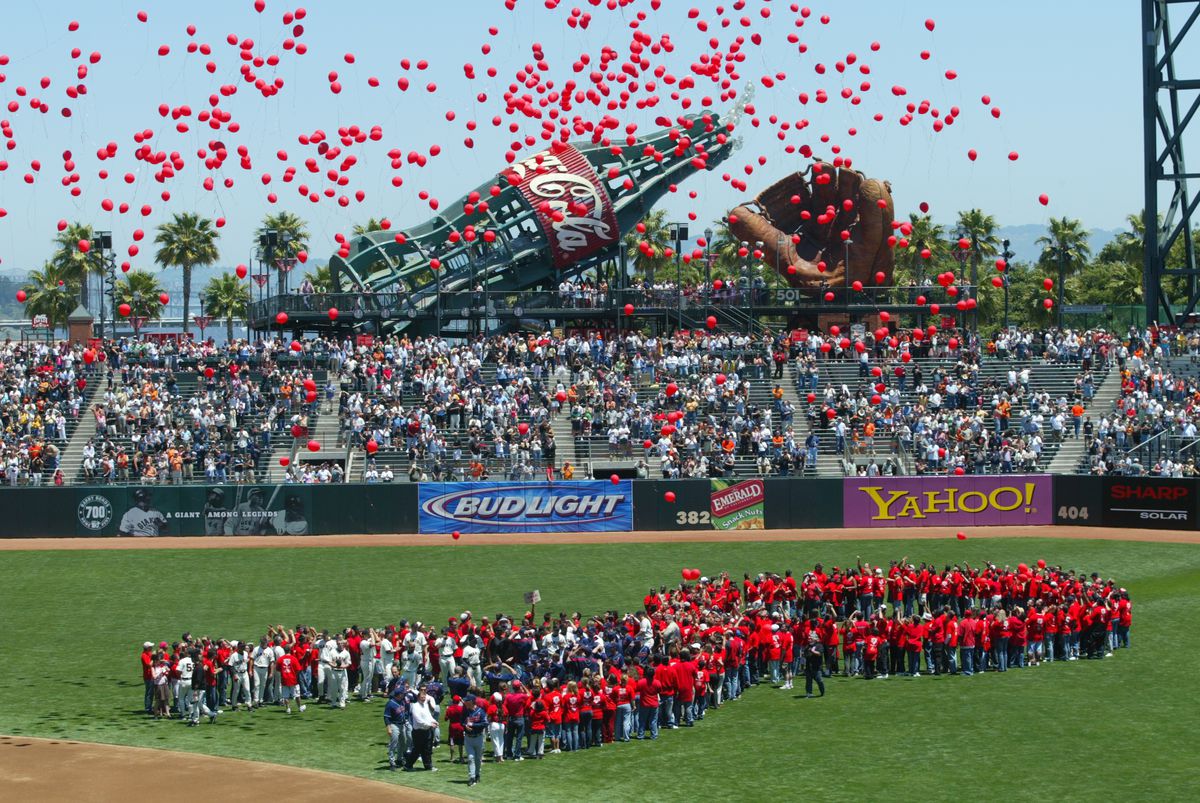 The San Francisco Giants embrace the symbolism of the red ribbon during Until There’s a Cure Day ceremonies. Photo by Don Smith /MLB Photos via Getty Images

By signing on to the brief, both the Rays and Giants have made the decision to convey the message that civil rights are a good thing. And baseball history tends to look kindly on teams that do so. There’s a reason nobody ever went to a screening of “42” and started a chant of “Let’s go Phillies.” Not even the Phanatic. And the Rays and Giants are betting that history will view them in a similar light. Rays president Brian Auld stated as much:

“Signing the brief was not only the right thing to do, but it is also best for our business. We encourage other sports teams and organizations to support this protection for fans, employees, and their families.”

Conspicuous by their absence on the brief are the Chicago Cubs who, in the person of Laura Ricketts, feature the first out LGBTQ co-owner in baseball. However, Laura’s fellow co-owner and brother Pete Ricketts is currently governor of Nebraska and has previously stated his support for his state’s former gay marriage ban. In declining to sign on, the Cubs have chosen to avoid taking a side on this issue. Given the significant nature of Laura Ricketts’s status, it’s a missed opportunity.

In 2015, both the Rays and Giants were at the forefront of another historical moment by signing on to another amicus brief in support of the legalization of same-sex marriage. That turned out OK. Given the current composition of the Supreme Court, it’s hard to predict that the current brief in support of workplace protection will fare as well. But it isn’t hard to conclude that when the Rays and Giants join forces on such a brief, they tend to fall on the right side of history.