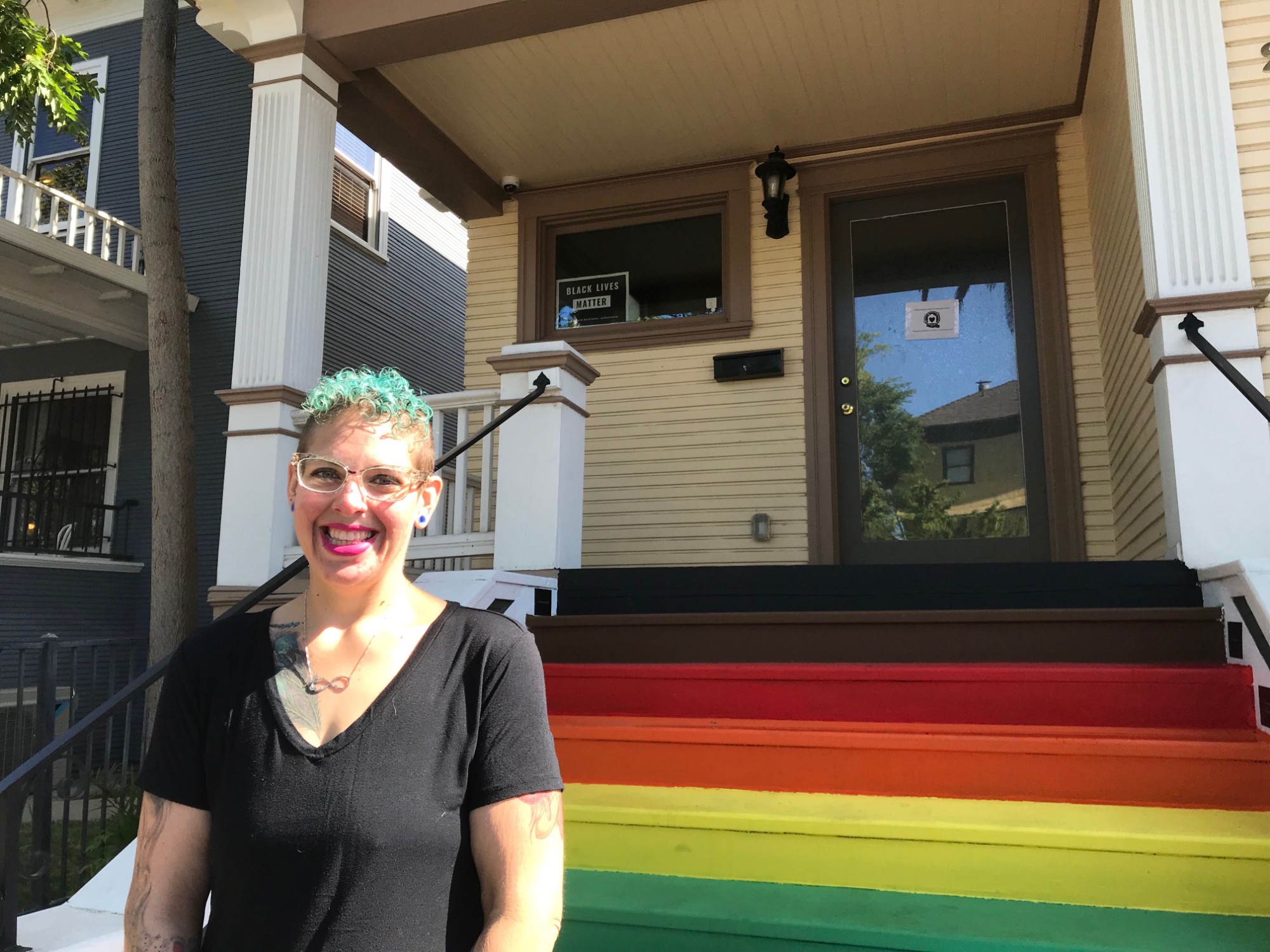 The shelter, opened this month, will house 12 residents at a time. It’s tailored for LGBT homeless individuals ages 18 to 24 who’ve been victims of crime. They can stay for up to 90 days.

Pearl, who uses they and them pronouns, is the assistant director of housing at the Sacramento LGBT Community Center, which runs the facility. They say the new residents have been traumatized by the foster system, family rejection or abuse on the streets. Now it’s Pearl’s job to help them adjust, and heal.

“The system and society has failed them over and over and over again,” Pearl  said. “And even as radical or inclusive or mindful as we’re trying to be, we still have to develop that trust.”

According to the Center, roughly 40 percent of Sacramento’s homeless youth identify as LGBT. The Williams Institute, a public policy organization at UCLA focused on sexual orientation and gender identity, estimates the national number is somewhere between 20 and 34 percent.

At the new Sacramento shelter, residents get access to mental health services, plus housing and career assistance. They eat meals communally, gather for group meetings and have the option to take skill building workshops. Ultimately, the Center wants to convene a youth-led housing board to advocate for more beds like these ones throughout the region.

But for now, this cozy Midtown Victorian is one of the only places that young, homeless LGBT people can find a haven. A small housing program operated by a Sacramento nonprofit called Waking the Village also serves LGBT homeless individuals age 18 to 21.

Shelters that are gender-specific can be a challenge for transgender and ninbinary people, Pearl said, and many young adults say they feel unsafe or unwelcome in places that aren’t designated LGBT-friendly.

“We are being mindful and intentional and welcoming their whole being here,” Pearl said.

Bianca Wilson, a senior public policy scholar at the Williams Institute, said LGBT-specific shelters are a start, but they aren’t the whole solution.

“Yes, it’s great to have a focus on LGBT youth with some small programs, but we need a higher level of preparedness across all of the systems, and not just a set of siloed off programs,” she said. “This is needed in the meantime, but an end goal is that all homeless services would be prepared to meet the needs of LGBTQ youth”

For now, Pearl and the rest of the staff at the new home are doing what the can to fill the gap. They already have a waiting list between 35 and 40 people, and Pearl estimates there are another few hundred youth out there in need of a bed.

The Sacramento LGBT Center is also adding spots in its separate transitional living facility, which allows young adults to stay for up to two years. They’re also launching a host home program, to encourage LGBT-friendly Sacramentans with extra space in their homes to take in a homeless youth.

To get involved with either the shelter or the host home program, email Pixie Pearl at Pearl@SacCenter.Org.