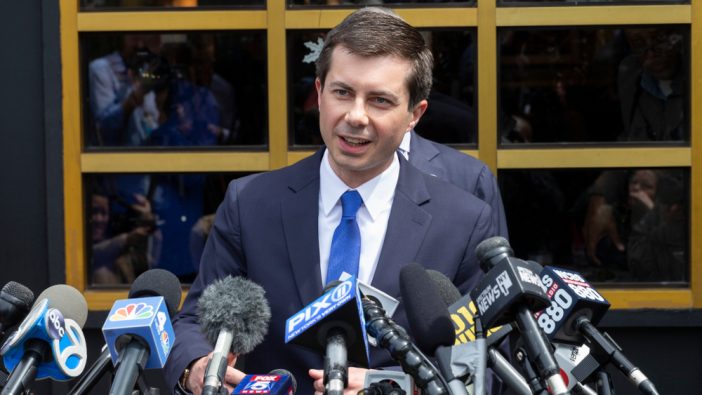 During a Q&A portion of the barbecue, Bagley said, “Mayor Pete, there has been some controversy in South Bend between the police and the black community, and I have a solution for you, and I’d like you to make a comment on my proposal. Just tell the black people of South Bend to stop committing crime and doing drugs.”

The man’s comment was immediately booed by the audience.

For quick background: Buttigieg was recently confronted by Black Lives Matter protesters upset over the death of Eric Logan, a 54-year-old black man, who was shot by a South Bend police officer who had his body cam turned off. Local activists have said that Buttigieg long ignored the racial disparities among the town’s largely white police force.

Back to Bagley’s comment, Buttigieg responded, “Sir, I think racism is not going to help us get out of this drama.”

Bagley then clarified, “No, no, just stop committing crimes. It has nothing to do with race.”

Buttigieg then said, “The fact that a black person is four times as likely as a white person to be incarcerated for the exact same crime is evidence of systemic racism.” His line received immediate applause from the audience.

He then continued, “It is evidence of systemic racism, and with all due respect sir, racism makes it harder for good police officers to do their job too. It is a smear on all law enforcement.”

The crowd continued applauding his words.

Related: Pete Buttigieg just got a presidential endorsement from a major LGBTQ org

Here’s the video of their exchange:

Buttigieg’s calm response and his refusal to insult or demean Bagley for his comment shows his appealing demeanor as he continues his theme of building bridges between different types of Americans.

But as he’s still the mayor of South Bend, Buttigieg will have to do more to resolve racial tensions in his home town before hoping to do so nationwide.