This year’s FIFA Women’s World Cup has been the gayest sporting event ever, as you see reflected here in this small selection of gay tweets compiled by Heather and ranked by thirst by Rachel.

Just ran a group of men out of the bar. ⚽️ pic.twitter.com/wvAgU6cvwd

As a kid, USWNT goalie Ashlyn Harris once hit a bully with a dead catfish. This is how I imagine a meeting between Trump and the team would go.

If god hates gays so much then explain the USWNT

I would be happy to profile Megan Rapinoe for your publication.

You can be obsessed w/ her in July, allies.

Men are just intimidated by Megan Rapinoe because she’s better than them at soccer and making women orgasm.

It may not be the White House, but we’d be happy to welcome @mPinoe & the entire #USWMNT for a tour of the House of Representatives anytime they’d like. ?? https://t.co/ccgqE8vCds

bitches are only watching the fifa women’s world cup bc they have a crush on megan rapinoe.

its me. im bitches

Happy World #pride today and every day!!
I love you, @Ashlyn_Harris and I am infinitely so proud to be yours.❤️?️‍???? #DareToShine @ Lyon, France https://t.co/EkrYUp0SAt 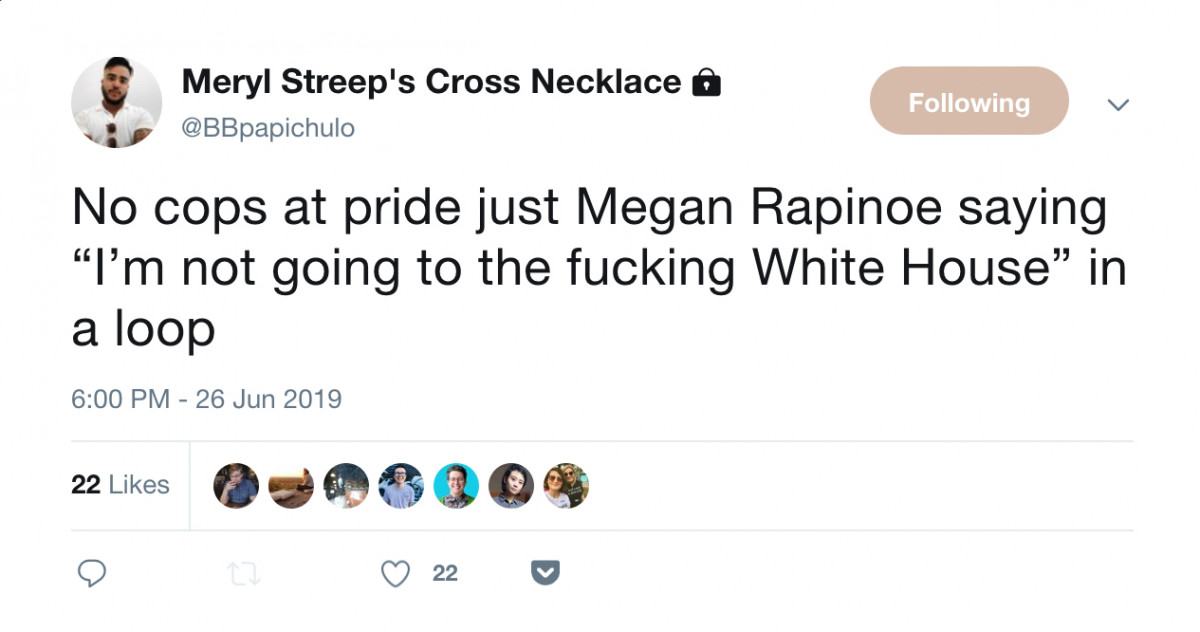 I’m over here wishing I was the ball