In 1979, there was a protest held in Rabin Square, Tel Aviv. The protest drew attention to longstanding discrimination of the LGBTQ community in Israel.

Today, Israel has progressed drastically in terms of their laws protecting the queer community and their celebration of queer culture.

The parades were politically motivated at first, but transitioned to focus on LGBTQ rights, equality and equal representation.

An individual used to serve up to 10 years in prison if they engaged in same-sex activities. In the 1960`s Dr. Yosef Burg, the Israeli Minister of Internal Affairs, said that “homosexual Jews” were contradictory to the Bible. This statement instilled negative perceptions of the queer community.

The Israeli government has reformed its laws to ensure that the queer community is protected from any unfair treatment or discrimination.

Same–sex activity was decriminalized in 1988.

The Israeli school system has also ensured that LGBTQ youth are protected around the country since 2014 by creating programs to raise awareness and acceptance for the queer community.

Same-sex couples in Israel have the same pension, inheritance, and medical rights as their heterosexual couples. There are also laws which specifically prohibit discrimination or hate crimes on the basis of sexual orientation.

These changes have also increased the amount of support for the LGBTQ community in the general public.

A poll conducted by Haaretz in 2013 showed that 59 per cent of the public supported same-sex marriage. Later, in 2017, another poll found that 79% of Israeli’s supported the recognition of same-sex marriage, showing a gradual increase in support for queer rights.

Despite these achievements, there are still some changes that still need to take place for the LGBTQ community to gain full equality.

Same-sex marriage is legally registered in Israel, but it not preformed or recognized by the Israeli Supreme Court. If a queer couple would like to get married, they need to go outside of the country.

The first Pride Parade in Tel Aviv took place in 1993. It was the first city in Israel to host a pride event, and is now one of the most popular pride events in the world.

In the last two years, the parades have attracted over half a million people.

Here are some photos from recent Tel Aviv Pride Parades: 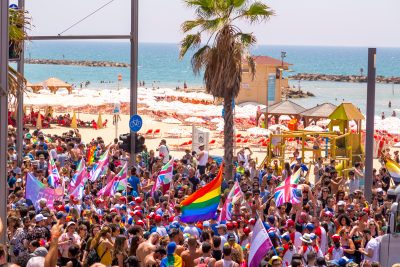 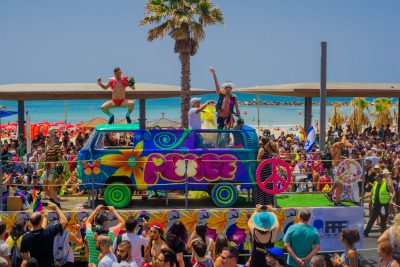 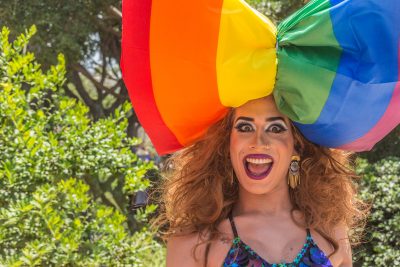