A man is facing hate crime charges after allegedly causing criminal damage to a church for showing support for the LGBT community.

Charles Yarbrough, 30, of Nashville, Tennessee, was arrested after officers from the Milford Police Department were called to the Mary Taylor Memorial United Methodist Church in Connecticut on July 1 to reports of a possible burglary.

According to police, officers were able to locate and arrest Yarboroguh following a “fast acting and in-depth investigation.” During police interviews, Yarbrough said he entered the building and damaged one of its doors because the church and its pastor were “supporting and pushing the LGBT agenda.”

Yarborough was later charged with hate crime, third-degree burglary and third-degree criminal mischief. He is currently being held in police custody on a $50,000 bond.

The Mary Taylor Memorial UMC in Milford has publicly shown its support to the LGBT community in recent months. As noted by the Connecticut Post, the church has had a sign out the front reading “To be clear if you are queer LGBTQIA+ you are affirmed here,” since February.

The sign went up after the United Methodist Church voted to strengthen its ban on same-sex marriage and LGBT clergy.

Last month, the church also hosted a special Pride Worship Service by the Gay Straight Alliance based on the Bible verse Micah 6:1-8, which states: “What does the Lord require of you but to do justice, and to love kindness, and to walk humbly with your God.”

Mary Taylor Memorial UMC Reverend Kristina Hansen told the Connecticut Post that the church has also been vandalized twice in recent weeks, including one instance where the church altar’s chairs were sliced.

In a statement, Hansen said the attacks will not dissuade the church “from our affirming stance.”

“We are committed to following Christ’s teaching and example by heeding his call to feed the hungry, welcome the stranger, preach the good news, teach our children and youth, and visit the sick, homebound and imprisoned.

“We recognize and celebrate the diversity of God’s creation and God’s gifts. As disciples of our Lord, we publicly acknowledge, welcome and support people of all races, genders, sexual orientations and gender identities, ages, nationalities, ethnicity, abilities and socio-economic situations.

“Our welcome knows no boundaries. Called by the Holy Spirit to share a ministry that reflects God’s love and justice, we embrace and honor all who participate in the ministries and leadership of our church.” 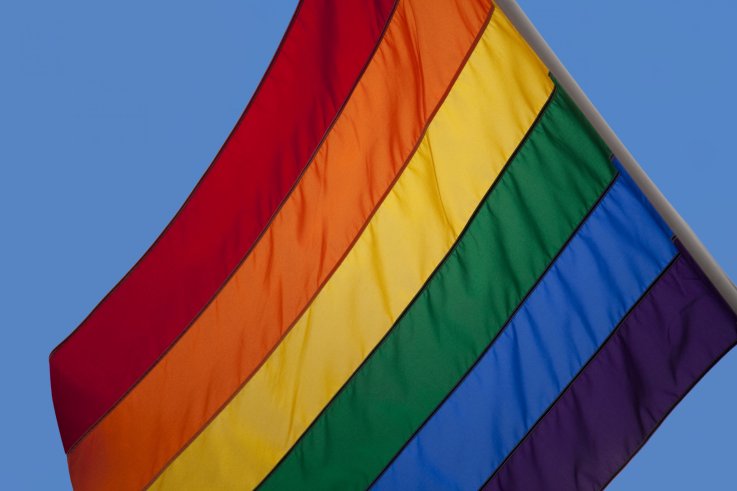 (File photo) Rainbow flag at the Pride London gay and lesbian parade through central London. A Tennessee man is accused of damaging a church for “pushing the LGBT agenda.” Pictures Ltd./Corbis/Getty