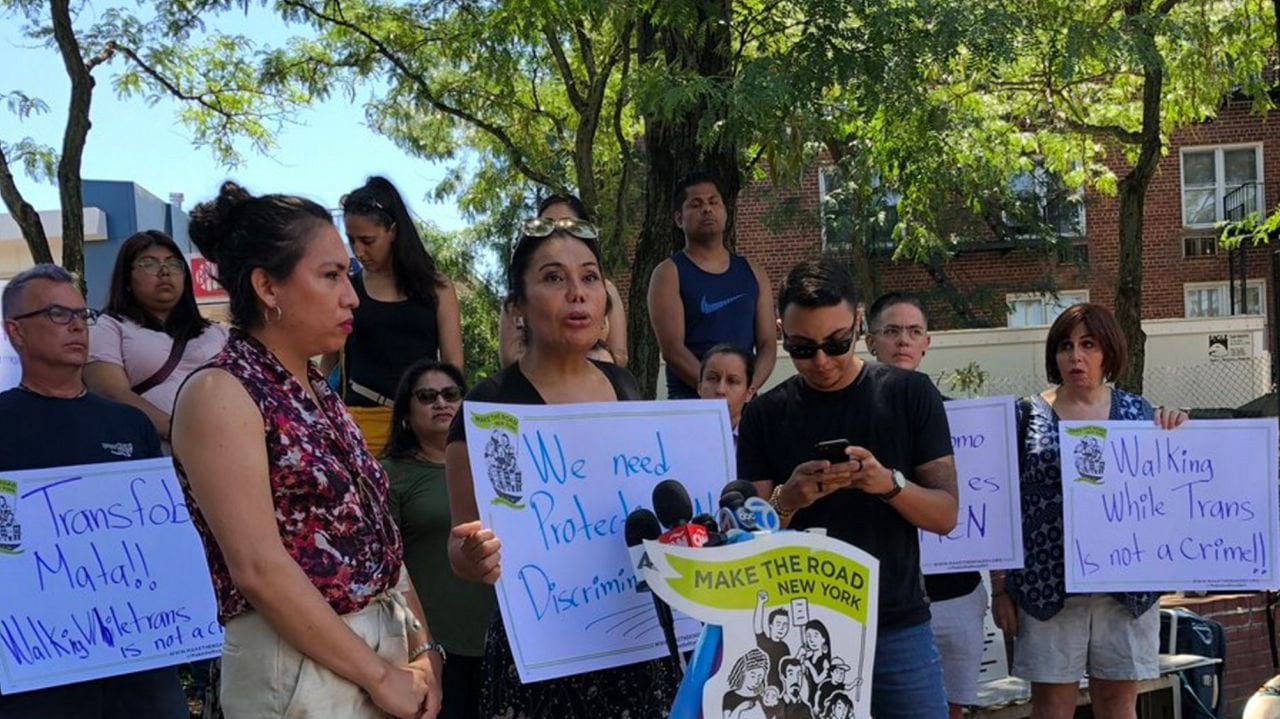 A transgender woman who was attacked in Queens early Saturday morning is calling on police to better protect the trans community.

Victim Norma Bazan and Paola Custodio, 24, got into a verbal argument at the corner of Roosevelt Avenue and 82nd Street around 2:35 a.m. Saturday, according to a criminal complaint. Custodio allegedly called Bazan transphobic and homophobic slurs before spraying her with a substance believed to be pepper spray, police said.

Custodio, 24, was arrested and charged by the Queens District Attorney’s Office with assault as a hate crime and harassment charges. She was released on her own recognizance, and ordered to return to court in August, according to a spokeswoman for the DA’s office.

Bazan rallied Monday morning in Jackson Heights with groups including Make the Road New York, which she is a member of, and the New York City Anti-Violence Project, and denounced the attack and called on law enforcement to crack down on anti-trans attacks.

“As members of the trans community, we are not safe,” Bazan said. “We are in danger in the streets — it doesn’t matter what you’re wearing, you’re in danger just for being trans.”

Bazan was filming a documentary with another transgender activist, Bianey Garcia, when the incident took place, according to Make the Road. Although Garcia said she also was assaulted, the criminal complaint did not mention her as being part of the incident.

“A pepper-spray attack will not stop me and our members from continuing this struggle and creating visibility and raising awareness about the lives of trans women,” she said. “We are working to create a world free of transphobia.”