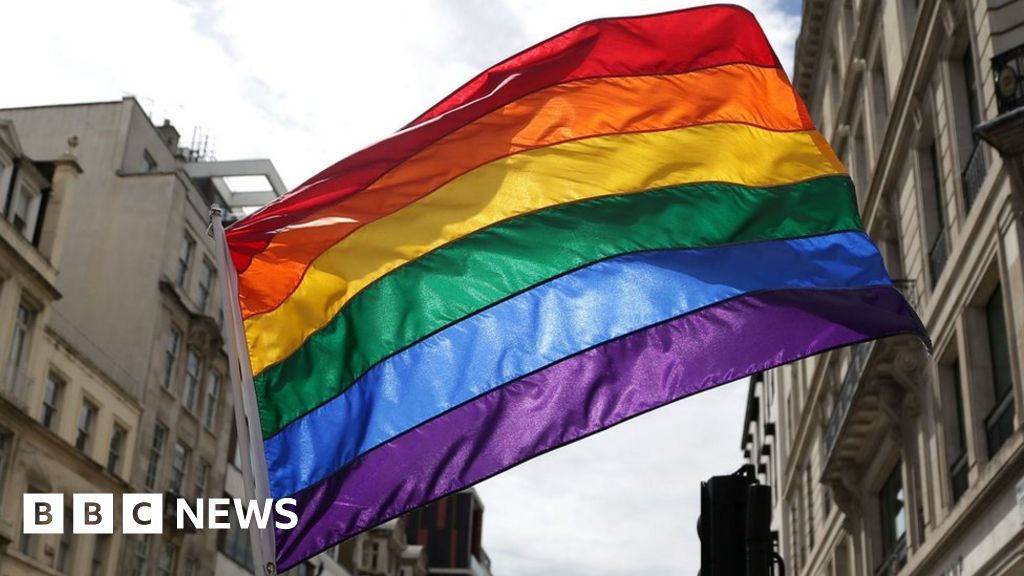 A play in Crimea has created a stir on Russian social media after a video clip emerged of a scene which featured women kissing.

The production was staged by the Gogol School theatre lab during the Tavrida Festival, an annual art event organised by Russian state youth agency Rosmolodyozh.

Reaction has been mixed, with some praising the audacity of the director, Ilya Romashko, and others calling it pure provocation.

Given Russia’s 2013 law banning the spread of “gay propaganda” among under-18s, the festival’s organisers have since issued an apology.

They said they did not know that “the fragment that caused a controversial response” would take place and that their trust had been betrayed.

Tavrida producer Sergei Khomenok posted on the popular social network VKontakte that he was sad that just one single minute from a provocative scene was pinpointed out of the whole production and had gone viral, adding it was like a stab in the back.

Some people who have objected to the play have launched an online petition to stop Tavrida’s state funding.

Dmitry Rogozin, the head of the Russian state space agency Roscosmos, called the organiser a “scumbag” in a tweet that has since been deleted.

Moscow Art Theatre’s artistic director Eduard Boyakov described the play as “vulgar and very untalented,” calling it “nothing but provocation”.

Pro-Kremlin MP Alexander Khinshteyn vented his objection, tweeting: “Not only is an investigation by the prosecutor’s office necessary, access to all state theatres and all state platforms should be closed for them!”

Pyotr Verzilov, an activist with Russian protest group Pussy Riot, responded to Mr Khinshteyn’s criticism of the production by singing the praises of Gogol school’s organiser Mr Romashko, calling him one of the best Russian theatre teachers.

Others have come forward to condemn attacks on the play, laughing at those complaining and calling out their hypocrisy considering the president’s recent remarks that Russia has “an even-handed approach to members of the LGBT community”.

Popular blogger Ilya Varmalov came out in support of the play, writing: “Two kissing girls does not offend me. How can it promote gay propaganda?”

Kristina Potupchik, a former spokeswoman for the Federal Agency for Youth Affairs, Rosmolodyozh, pointed out that all of Tavrida’s participants are adults, so there is no violation of law.

Despite the gay propaganda legislation, there have been signs that the situation could be gradually changing in Russia.

Recently, a few people in Yekaterinburg have been fined 5,000 rubles ($80, £63) for posting homophobic comments on social network VKontakte.

According to the local LGBT resource centre, it was the first time a fine like this had been imposed in the region.