This is the stuff of which legends are made.

Megan Rapinoe scored both of the goals Friday that put the U.S. into the World Cup semifinals and eliminated host France, 2-1.

It was described as the most anticipated match in the history of the Women’s World Cup. Both teams were considered among the best soccer players on earth, and a decider of who is now the favorite to win it all.

The U.S. was only ahead by one goal when France’s Tobin Heath drove the ball in the general direction of Sam Mewis, who let it roll as Rapinoe closed in from the left wing. Rapinoe sent the ball into the net to put the USWNT ahead, 2-nil. 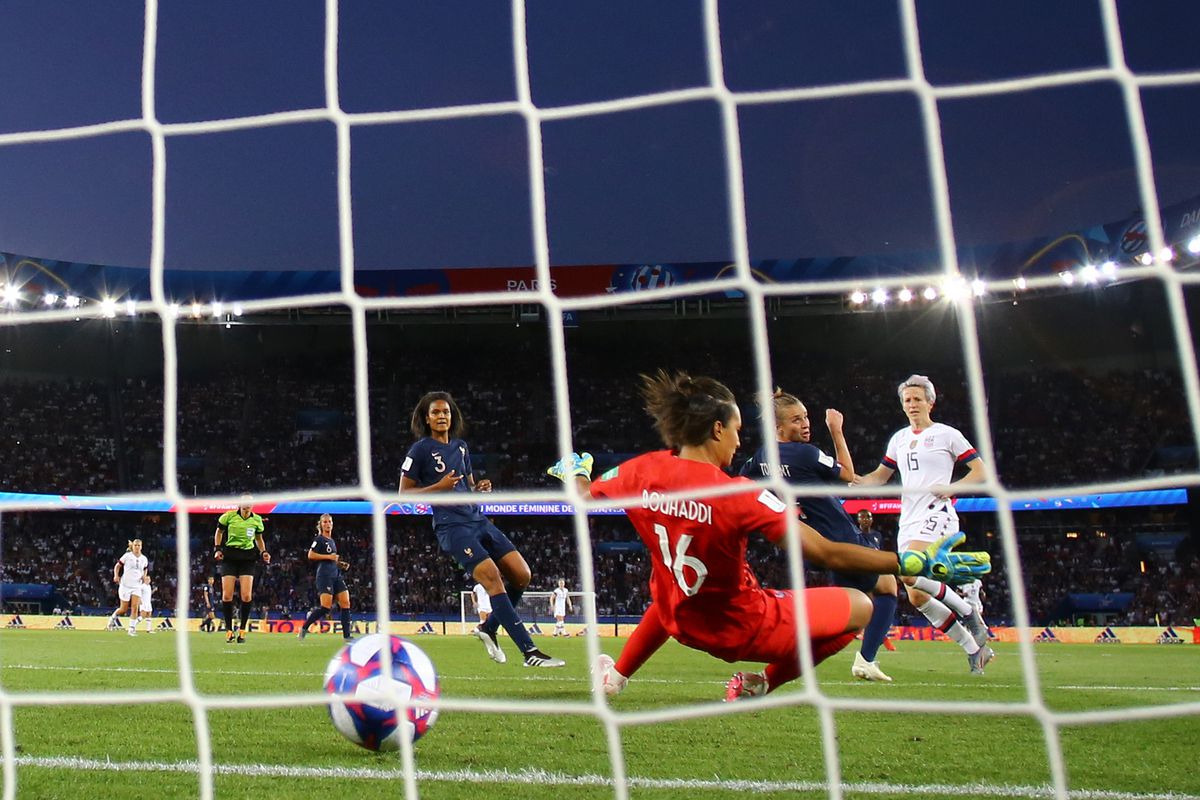 Megan Rapinoe of the USA scores her team’s second goal past Sarah Bouhaddi of France during the 2019 FIFA Women’s World Cup France Quarter Final match between France and USA at Parc des Princes on June 28, 2019 in Paris. Photo by Richard Heathcote/Getty Images

That was her fifth goal of the World Cup thus far, and the one that put the United States in the semifinals.

Thérèse Renard scored France’s only goal in the last ten minutes of the match. France may be a world leader in club soccer but has never won a major international title, nor ever advanced past the semifinals in any World Cup. France’s men’s team did win the world championship last summer in Russia. But as reported by The New York Times, no country has ever held both crowns at once.

The USWNT, meanwhile, remains on a roll after its disappointing quarterfinal loss in the 2016 Rio Olympics. The U.S. has reached at least the semifinals in every single World Cup, and won the tournament three times, the last time being 2015.

Next, Italy will face the Netherlands and Germany will play Sweden in the final two quarterfinals on Saturday.