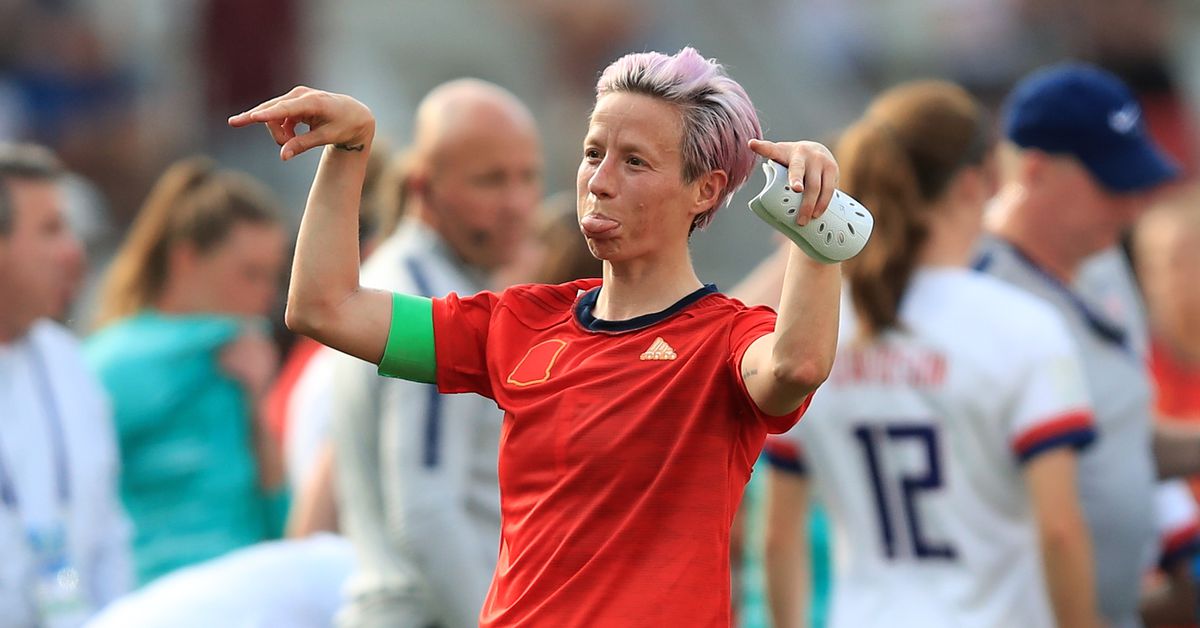 Megan Rapinoe, the out lesbian co-captain of the U.S Women’s soccer team, angered U.S. President Donald Trump yesterday, by saying in an interview with 8by8mag.com, “I’m not going to the fucking White House” if her team wins the Women’s World Cup.

She continued, “No fuckin’ way will we be invited to the White House. [Trump] tries to avoid inviting a team that might decline. Or, like he did when the Warriors turned him down, he’ll claim they hadn’t been invited in the first place.”

When asked if her teammates felt similarly, she said, “I don’t know everyone’s voting patterns on our team, but I would hope no one voted for him.”

Trump responded to Rapinoe via Twitter, seemingly inviting her team to the White House just to prove her wrong. He also used the opportunity to also tout himself while knocking her ongoing refusal to sing the national anthem on the field:

Women’s soccer player, @mPinoe, just stated that she is “not going to the F…ing White House if we win.” Other than the NBA, which now refuses to call owners, owners (please explain that I just got Criminal Justice Reform passed, Black unemployment is at the lowest level…

….in our Country’s history, and the poverty index is also best number EVER), leagues and teams love coming to the White House. I am a big fan of the American Team, and Women’s Soccer, but Megan should WIN first before she TALKS! Finish the job! We haven’t yet….

….invited Megan or the team, but I am now inviting the TEAM, win or lose. Megan should never disrespect our Country, the White House, or our Flag, especially since so much has been done for her & the team. Be proud of the Flag that you wear. The USA is doing GREAT!

In his initial tweets, Trump accidentally tagged the wrong Megan Rapinoe. He later deleted the tweet and tagged the correct one.

At the time, Rapinoe said:

”Being a gay American, I know what it means to look at the flag and not have it protect all of your liberties. It was something small that I could do and something that I plan to keep doing in the future and hopefully spark some meaningful conversation around it. It’s important to have white people stand in support of people of color on this.”

While agreeing to obey a change in bylaws requiring all soccer players to stand for the anthem, she has continued to remain silent during its playing, to widespread criticism and support.

In support of her teammate, out soccer player Ali Krieger referenced the 15 women who have accused the president of unwanted sexual conduct.

In a tweet, Krieger wrote, “In regards to the ‘President’s’ tweet today, I know women who you cannot control or grope anger you, but I stand by @mPinoe & will sit this one out as well. I don’t support this administration nor their fight against LGBTQ+ citizens, immigrants & our most vulnerable.”

Krieger and her fiancee Ashlyn Harris became the first known engaged couple ever to play on the same U.S. national team after the couple got engaged in March 2019.

Both Krieger and Rapinoe have made headlines before, by posing for magazine photographers. Krieger appeared nude in ESPN magazine’s 2015 “Body Issue,” and last month, Rapinoe became the first out gay athlete to appear in Sports Illustrated swimsuit issue.