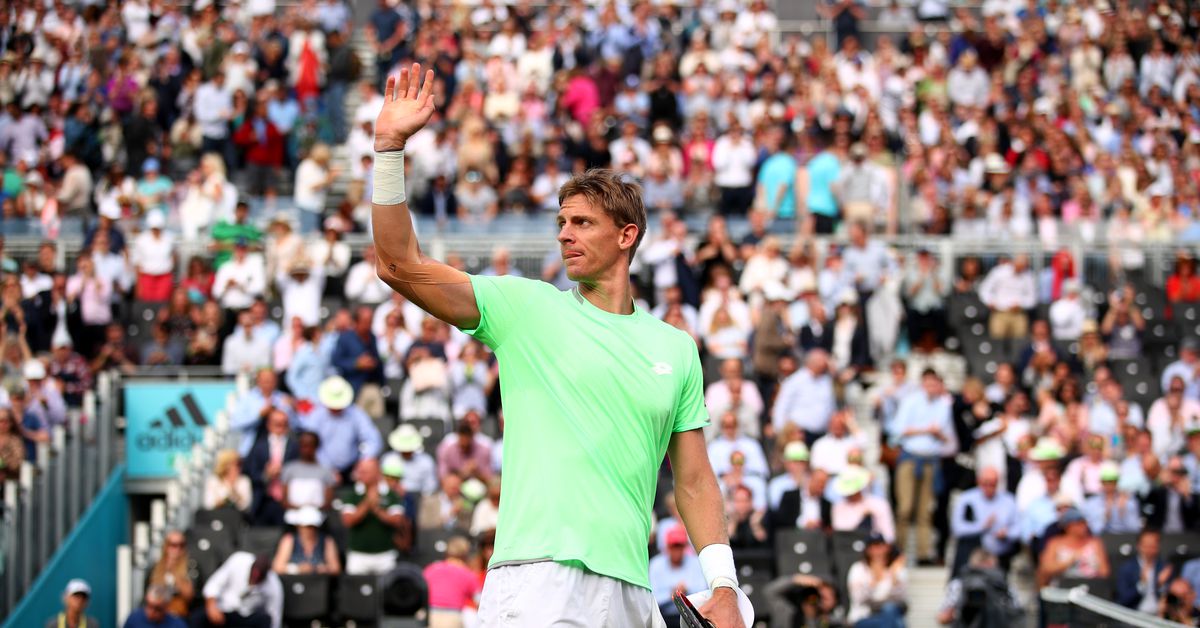 After skipping clay court season due to injury, current world number 8 Kevin Anderson made a return to the Association of Tennis Professionals (ATP) circuit this past week, losing in round 16 to Gilles Simon at the Queen’s Club Championships.

Just before the tournament, Anderson was profiled by The Guardian. There, he continued making the most of his platform in the tennis world to advocate for a shift in the ATP player culture.

Anderson’s support for LGBTQ issues in men’s tennis is unique in his sport. He not only supports coming out but also acknowledges that ATP players have real problems off the court that need to be addressed before many may feel safe coming out.

“My hope is players collectively create an environment where someone feels comfortable. It’s small things, like saying: ‘That’s so gay.’ Somebody who is gay could find it very offensive but not feel comfortable about speaking out,” he said.

Anderson also proposed a concrete change that could have a real effect on helping gay men in the ATP feel more comfortable being out:

“The NBA actually has a system where people are fined for saying that. It can be very offensive and steps like that can be implemented in tennis. It’s part of being respectful and understanding how simple comments like that can be received by others.”

With the noted exception of Brian Vahaly, former career high number 57 who only came out after retiring from tennis, there have been no out players in the ATP.

This is in stark contrast to the women’s tour, where the culture of the Women’s Tennis Association (WTA) was established by several soon-to-be out trailblazers including Billie Jean King and Martina Navratilova, who both set a standard of professional excellence early on, in spite of competing in an environment where the conservatism of fellow players like Margaret Court does not include space for LGBTQ rights.

Journalist Nick McCarvel has held several events in the past year in New York City and the Australian Open to discuss LGBTQ issues in tennis. While talking with McCarvel, Anderson opened up about the social challenges of coming out in the ATP:

“There is definitely a stigma attached to it. Society historically has not been very welcoming. Times are changing because people are talking, which is great, but it will take somebody to break that trend. It won’t be easy. It will take a lot of courage. But hopefully if we can be more welcoming it might make it a little bit easier.”

In spite of relatively recent shows of support from some top tennis players — including Roger Federer, who has made vague statements of support in the past — the fact that no one yet has felt comfortable coming out while actively competing on the men’s tour hints at a more complicated dynamic between not just the players but their sponsors and public images.

Most other players on the tour do not often speak up about this issue, and nor are they asked, with exceptions including Andy Murray, who consistently uses his platform in the sport to speak up for issues of social justice. Still, Murray’s support for LGBTQ issues in tennis paints an all too rosy picture of how accepting his peers are.

Blanket statements of positivity like Murray’s and Federer’s don’t do much to account for the often ugly details about life on the tour, and former number 63 Justin Gimelstob (himself recently convicted of assault) admits “The locker room couldn’t be a more homophobic place.”