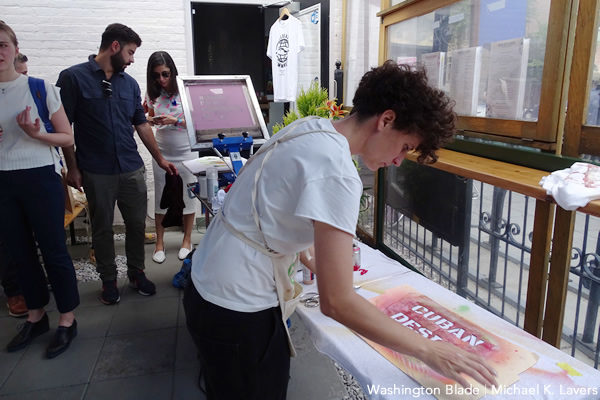 The lesbian co-founders of Cuba’s first independent fashion brand visited the U.S. this month amid mounting tensions between their country’s government and the Trump administration.

Idania del Río and Leire Fernández of Clandestina were two of the Cuban women entrepreneurs who participated in a panel discussion on June 18 that took place at the Washington Office on Latin America’s offices in Dupont Circle.

The Center for Democracy in the Americas, a D.C.-based organization that supports U.S. engagement with Cuba, co-sponsored the panel that coincided with the opening of a Clandestina pop-up store at Dacha Beer Lounge in Shaw.

A second Clandestina pop-up store was open in Brooklyn, N.Y., from June 4 through Monday.

“We are designers and artists. We are entrepreneurs and creators. We are women, and men and anything in between,” reads Clandestina’s website. “We are LGBTQ, we are of every race and background and beliefs. Plus, we’re funny. Hilarious, in fact. Super, super funny. ´Cause in this island there’s more fun than inhabitants.”

Del Río noted Clandestina began in 2015 after she returned to Havana from Uruguay where she had lived for several years. Del Río said she and Fernández met on the street and “started a few projects.”

“Raúl Castro started to change some regulations about the private sector,” said Del Río. “It was like an opportunity and we did this somehow.” 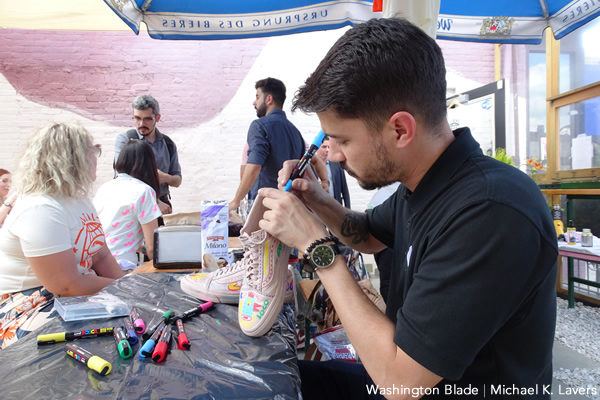 Clandestina has a store and studio in Old Havana and employs artists who are based in the Cuban capital. Clandestina’s website also says it sells their clothing around the world.

“We believe in a more sustainable fashion industry; more fair and ethical,” it reads. “We reuse and repurpose clothing and many other materials. We are inspired in upcycling and waste zero.”

Celia Ledón, a fashion and costume designer who works with Clandestina, said the lack of fabric and other basic materials is among the myriad challenges the brand faces.

Ledón and the other women — including Gabriela Otaño of Cuba Educational Travel — who spoke on the panel said the introduction of 3G internet access on the Communist island late last year has had a positive impact on entrepreneurs, known as “cuentrapropistas” in Cuba. Ledón added she and the other women who work with Clandestina nevertheless continue to face challenges that include machismo.

Cuban LGBTI rights movement has ‘affected us a lot’﻿

The women were in D.C. less than a month after the Trump administration banned cruise ships and educational travel from the U.S. to Cuba. The White House made this announcement against the backdrop of increased tensions between the two countries over Havana’s continued support of Venezuelan President Nicolás Maduro. 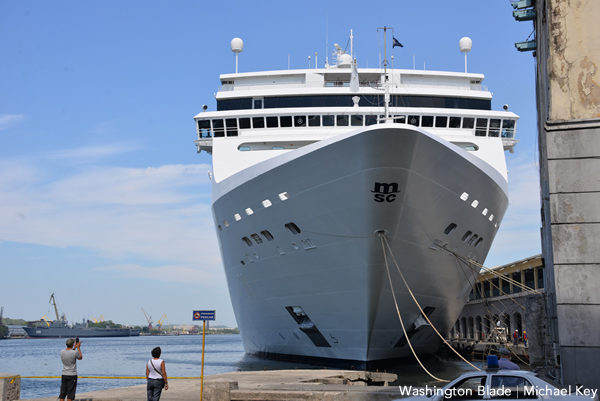 A cruise ship docked in Havana on May 16, 2017. The Trump administration this month announced cruise ships from the U.S. are no longer allowed to sail to Cuba. (Washington Blade photo by Michael Key)

Police on May 11 arrested several people during an unsanctioned LGBTI march in Havana that Maykel González Vivero, publisher of Tremenda Nota, the Washington Blade’s media partner in Cuba that remains blocked on the island, later described as “Havana’s Stonewall.” The Cuban government three days earlier prevented this reporter from entering the country. 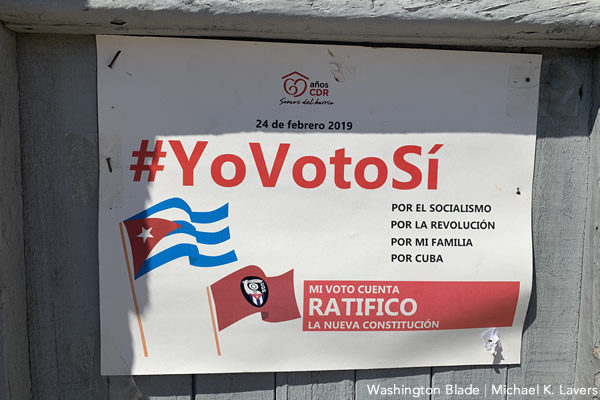 Fernández said the LGBTI rights movement has “affected us a lot.”

“This is a very unique moment,” she said in response to the Blade’s questions.

“The community got hopeful and excited about the renovations in the constitution, but that took a very strange turn and became something different,” she said. “We are still hopeful, but (it’s) different. This is a good moment to make our stand and be strong and also, I think that the community is rising a little bit. You can see all these groups on Facebook … It’s a very important platform now for people to organize and everything … We are on a proper path.” 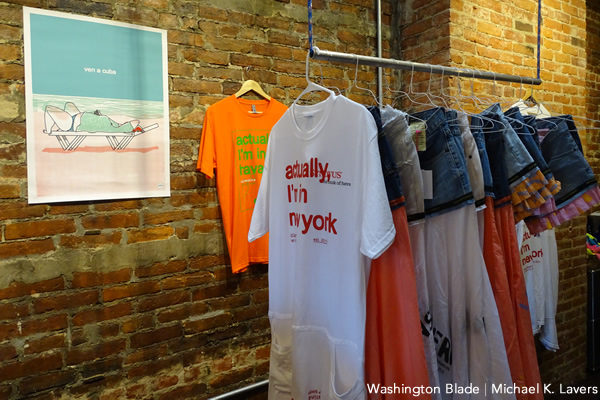