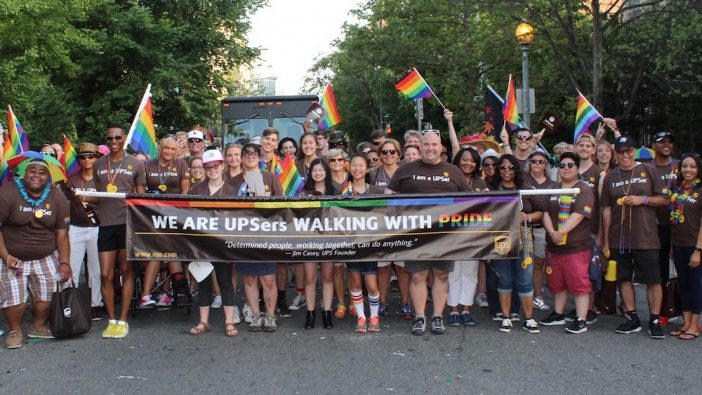 During Pride month, many corporations unveil rainbow versions of their logos in a show of solidarity with the LGBTQ community. However, their actions don’t always match the image the companies try to convey. According to a new report from Popular Information, nine corporations have donated millions to anti-gay candidates — while receiving a perfect score from the Human Rights Campaign (HRC) declaring them among the “Best Places to Work for LGBTQ Equality.”

Much like its Corporate Equality Index, the HRC creates a Congressional scorecard. The report cross-referenced the two reports, and discovered nine companies with a perfect score who donated to politicians who earned a zero for confirming homophobic cabinet members, voting against LGBTQ protections and refusing to sponsor any legislation in favor of LGBTQ rights.

While the CEI [Corporate Equality Index] captures LGBTQ-inclusive policies, practices and benefits, there isn’t a one-size fits all way to consistently score companies on the scope and impact of their political donations. We do monitor employers’ contributions to anti-LGBTQ ballot measures and organizations whose primary mission includes anti-LGBTQ advocacy. It is important for reporting like this that asks tough questions of corporations and brings these donations into the public discussion. The Corporate Equality Index is a critical tool for advancing LGBTQ equality in the workplace, but it is not the only tool.

The biggest donor was AT&T, which donated $2.7 million to 193 anti-gay politicians from 2017 to 2018. These politicians include Sen. Marsha Blackburn of Tennessee, who opposed the Violence Against Women Act because it included protections for LGBTQ people. Blackburn is also against marriage equality.

Comcast donated to politicians like Rep. Virginia Foxx of North Carolina, who called the murder of Matthew Shepard a “hoax.” Verizon gave money to Rep. David Rouzer, also of North Carolina. Rouzer was a supporter of House Bill 2, the anti-gay law that blocked “lesbian, gay, bisexual and transgender people from state anti-discrimination protection” and kept “local governments from adopting their own anti-bias measures.”

Related: Corporate sponsorships of LGBT pride parades on the rise

Investment bank UBS explicitly cites LGBTQ equality as a factor in being economically successful. UBS has also given money to Congressman Alex Mooney of West Virginia. Mooney started his political career in Maryland, where he fought against an anti-LGBT discrimination bill. In the floor debate, Mooney mocked the brother of then-Governor Parris Glendening. Glendening’s brother died of an AIDS-related illness.

Mooney said, “If you’re not practicing a certain homosexual lifestyle, you’re not going to contract that disease. We’re promoting an activity that can result in death.”

For more details, read the full report at Popular Information.