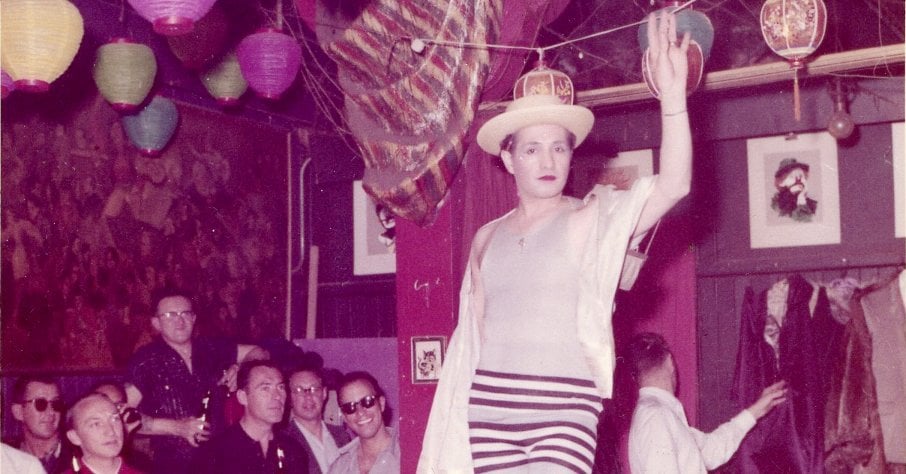 The words of José Sarria, typed with handwritten edits on aging paper, are enshrined behind glass at the GLBT Historical Society Museum in San Francisco’s Castro neighborhood.

“Tonight I would like to explain my platform, ‘Equality before the Law,’” Mr. Sarria wrote in a campaign speech when he was running for city supervisor. In 1961 he was the first openly gay person to run for public office in the United States.

Mr. Sarria did not win, but like so many involved in the initial battles for L.G.B.T.Q. rights, he was a minority-group member and defied gender conventions — he worked as a drag queen at a local nightclub.

Transgender people, drag queens, blacks and Hispanics played outsized roles during many of the earliest milestones of the gay rights movement. Today, however, these same groups have been denied many of the benefits of the revolution they sparked.

They led the riots at Stonewall in New York in 1969, Compton’s Cafeteria in San Francisco in 1966, and Cooper Do-nuts in Los Angeles in 1959.

Maxine Perkins, a transgender woman, risked spending most of her life in prison in North Carolina in 1961 when she fought laws against homosexuality. And Donna Burkett and Manonia Evans, African-American women, defiantly asked for a license to marry in Milwaukee in 1971, and when they were denied they took the case to court.

“I don’t think it’s a coincidence,” said Joshua Burford, a historian and co-founder of the “Invisible Histories Project,” an organization that is compiling and preserving L.G.B.T.Q. history in the South.

Many early skirmishes were “led by queer people of color,” Mr. Burford said. “They had already been marginalized to such a degree, and the fact that they were trans or gay at the time just added another level to which they could be discriminated against. They fought back. They had been pushed and pushed and pushed into such a corner.”

“They are always on the front line,” said Susan Stryker, professor of gender and women’s studies at the University of Arizona. “They are the ones who are being who they are, no matter what. They are catching all the homophobia, all the transphobia that are being directed at queer folks.”

Some were on those front lines because they could not pass as straight.

“The idea of choosing to come out is a luxury for some people,” said Mason Funk, founder of the Outwords Archive, an effort to collect videotaped interviews with L.G.B.T.Q. pioneers. Excerpts from the interviews were first published in May in “The Book of Pride.”

The L.G.B.T.Q. community owes “a huge debt of gratitude to the ones who really didn’t have that much of a choice, who were out there taking the beatings, and taking the verbal abuse,” Mr. Funk said. “They paved the way.”

But experts point out that even though transgender people and L.G.B.T.Q. racial minorities were often vanguards for equal rights, these same groups have lagged behind in gains.

For example, researchers say that while gay and bisexual men have experienced the same rates of poverty as heterosexual men, same-sex couples of color and transgender people have been three and four times more likely to live in poverty than their white and straight counterparts, citing United States census numbers and other research.

Transgender people and gay and lesbian minorities also experience higher levels of H.I.V. and sexual violence, according to the Centers for Disease Control and the U.S. Transgender Survey.

It has even been a struggle for equity within the larger L.G.B.T.Q. community.

“This is not universal because the gay and lesbian community and feminism are broad, diverse. But some of the people who have been absolutely the worst on trans issues have been some cisgender gay men and some cisgender feminists and lesbians,” said Ms. Stryker, referring to those whose gender corresponds with their birth sex.

After Stonewall, Ms. Stryker said, the tactics of many in the gay rights movement eventually shifted from rebellion to seeking acceptance.

“It’s predicated on being a man or woman like other men and women,” Ms. Stryker said. “The trans question is the one, like, ‘No I’m not that.’ The trans question kicks that foundation out from under the main thrust of the gay and lesbian movement from the early 1970s forward.”

Perhaps the most divisive example of this rift involved the federal Employment Non-Discrimination Act, known as ENDA, which would have banned workplace discrimination against L.G.B.T.Q. people. The bill passed in the House of Representatives in 2007, but only after eliminating protections for transgender people.

ENDA failed in the Senate, but there continues to be bitterness from some in the transgender community toward supporters of the bill, including the Human Rights Campaign, the nation’s largest L.G.B.T.Q. rights organization.

Tina White, a board member, is part of the organization’s new leadership that has worked to be more inclusive and move past the controversy, but it still stings. Ms. White said she was recently confronted by a transgender activist who blamed the Campaign for a continued lack of jobs and equality.

“’We’re still living in horrible, deplorable conditions and we hold that group accountable’,” Ms. White quoted the woman as saying. “It wasn’t the answer I wanted to hear, but it was a very fair answer,” Ms. White said.

But Ms. White is hopeful for greater equality and opportunities, and she said she believes change will happen because of the views of those who were not born when early L.G.B.T.Q. pioneers took their stands.

“Teens and people in their 20s — they have such a different outlook,” Ms. White said, noting that many in America’s latest generations do not seem to be biased against minorities or those in the L.G.B.T.Q. community. “They’re opening up a whole new conversation.”