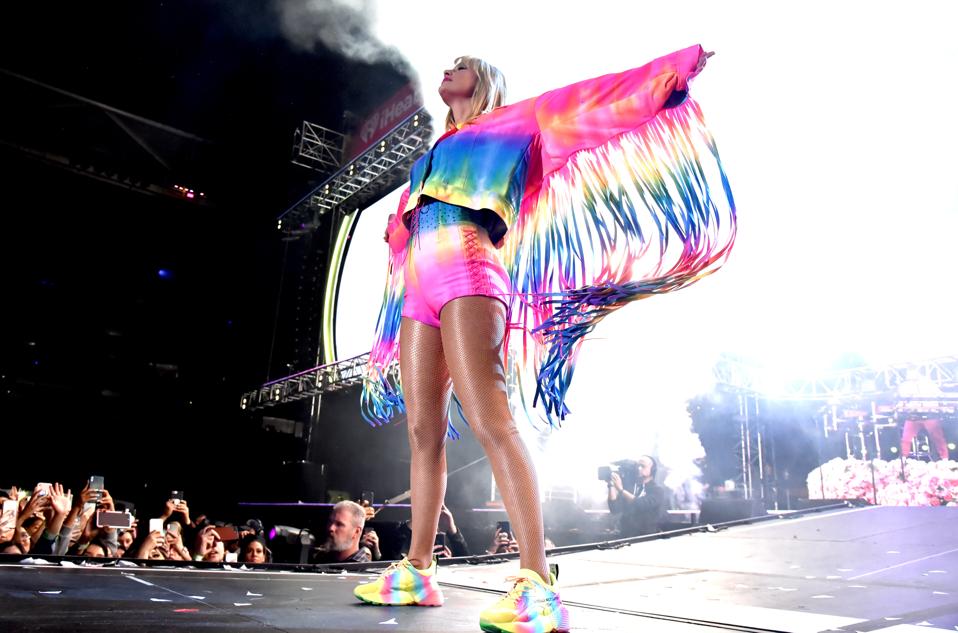 CARSON, CALIFORNIA – JUNE 01: (EDITORIAL USE ONLY. NO COMMERCIAL USE) Taylor Swift performs onstage at 2019 iHeartRadio Wango Tango presented by The JUVÉDERM® Collection of Dermal Fillers at Dignity Health Sports Park on June 01, 2019 in Carson,

Less than a week ago, Taylor Swift attempted to rebound from her recent single “Me!” (which turned out to be more like “Meh.”) which didn’t stick around for long by dropping “You Need To Calm Down,” the second cut from her upcoming album Lover. The song is surely headed toward a lofty debut on the Hot 100 in a few days, but the people the singer was attempting to reach out to with the composition are divided about the tune.

Both the song itself and its accompanying video have cemented Swift as an ally of LGBT community, which is great news for everyone. From the lyrics to the co-stars to the general rainbow hue present throughout the clip (which fits the aesthetic she’s chosen for this era of her career), it’s not just gay-friendly, it’s almost gay itself…except, of course, for the fact that the star of the production identifies as a straight cisgender woman (as far as we know, at least).

After a decade of near-silence on essentially any issue that matters, it’s somewhat surprising to see Swift quickly brand herself as a friend of the LGBT millions, and some have questioned whether she’s doing so for the wrong reasons. Some love the message of “You Need To Calm Down” and can’t stop singing along, while others see it as a way for her to line her own pockets and create another lucrative storyline.

Both groups are correct, but I believe this is a step in the right direction for Swift, and one that will actually help those she’s trying to court the most.

It’s obvious that the former country singer wants “You Need To Calm Down” to become the next great gay anthem, though that is not what it is fated for. Sure, the song is catchy and is bound to be a hit, but gay anthems can’t be made, they can only be chosen. Releasing this tune in the middle of Pride isn’t a subtle move, and while quite a few critics have correctly pointed out the many ways this can (nay, will) help Swift monetarily and in terms of her image, she has gone out of her way to not only paint everything in rainbows, but to do some actual good. That’s the sign of an ally who is, at the very least, trying.

It can’t be quantified, but it’s important to note that simply by putting this LGBT-positive message into the world, Swift has already done something great. There are many musicians who have released songs of support, but few as famous as she is. This single and its video will reach millions, and seeing visuals like “You Need To Calm Down” and hearing it on the radio may change lives of young queer people in less tolerant parts of the country, or even the world. That may not sound like a lot to some, but it matters. 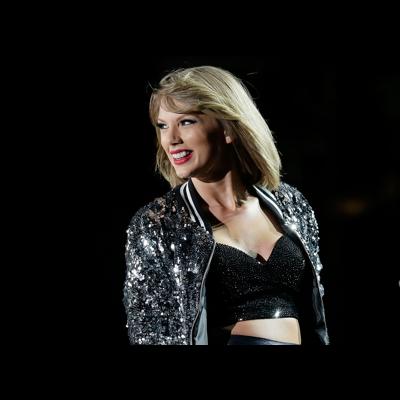 When looking solely at dollar signs, Swift has stepped up as well. She changed the spelling of the world “glad” in the song to “GLAAD” (which can be confirmed by the lyric video), and the LGBT-focused nonprofit of the same name has reported an influx of donations since “You Need To Calm Down” was released. As if that wasn’t enough, the musician herself also reportedly made a “generous” donation of her own.

In the video, Swift and her team made a point to hire a diverse group of stars, including different body types, skin colors, and those who fit under different labels within the LGBTQIA acronym. Many of those who took part were reportedly paid well (something that isn’t always the case when it comes to performers in the drag world), and once the video was out, the chart-topper took to social media to promote all of them, which will help them grow their own fan bases and potentially book gigs. The visual also ends with a plea for viewers to check out Swift’s Change.org petition, which is in support of the Equality Act. That petition now has over 300,000 signatures attached to it.

“You Need To Calm Down” has a lot going for it, but it still feels like Swift is simply pushing another narrative. She did so with her last album, Reputation, when she cooked up rivalries and beefs, though it didn’t pan out terribly well. This time around, she seems to be playing the same game, though at least now the LGBT community stands to benefit…and return the love if they wish.

It may all be a marketing ploy, but “You Need To Calm Down” will have a measurable (and in some ways, immeasurable) positive effect on LGBT nonprofits, performers, and the gay, lesbian and especially transgender youth who need the support more than ever. Her latest promotional push wasn’t perfect, but it certainly shows welcome progress.