It happens every year during Pride season, both in North America and Europe: throngs of companies, corporations and the like temporarily dressing their logo and social media channels in the colors of the rainbow flag to show solidarity with us as a global community. This increasing corporatization of Pride may be something to be welcomed.

I remember walking through Belfast city centre last summer and seeing rainbow flags adorning store windows, public spaces bedecked in inclusive symbols and Pride-themed merchandise filling the shelves of clothing stores. As a gay man living in a part of the world where it was illegal to be gay until 1982, and where my marriage to my husband isn’t legally recognized, it was a heart warming gesture, and a simple one at that for businesses to fly a rainbow flag. It can create an atmosphere of inclusivity, safety, untapped potential and the endless march towards a progressive future for our community. 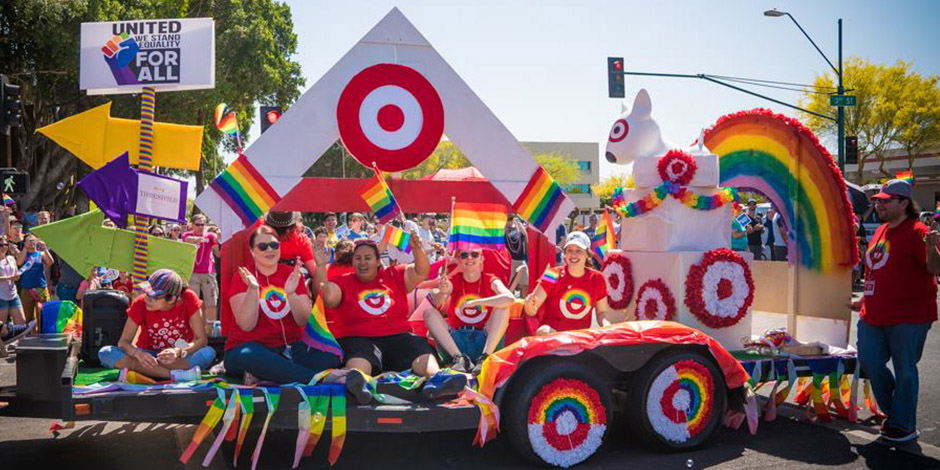 More and more organizations which aren’t LGBT focused — more businesses, global corporations, media organizations, etc. — are allowing their employees to form networks to both support their queer members and to visibly show their colors in Pride parades all over the world.

A cynic may say this is the commercialization of the queer community by businesses that have finally figured out how to make money from a social group that, for decades, was a pariah. Association with anything remotely non-heterosexual would have been a financially detrimental arrangement for some of these organizations merely 15 years ago, but here we are.

In my own country, Facebook, Twitter, Microsoft, Apple, Google, Dropbox and more march proudly in Dublin Pride; Santander, Citi, Ernst & Young and their contemporaries take to the streets alongside LGBT community groups in Belfast Pride. The sight has become the norm, and I think that’s a good thing. 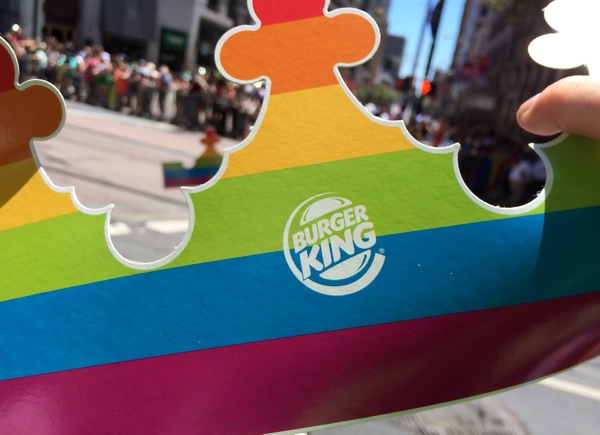 But we need to take a deeper dive into what the corporatization of Pride actually means for our community. Is it beneficial, or is it simply a superficial and shallow use of the queer community and our struggle for liberation as a way of making money off us?

The cynic in me wants to agree with the latter, but it can’t be denied out of hand that, particularly in Northern Ireland, the fight for marriage equality has benefitted from the input of local investors through the Businesses Love Equality initiative. The marriage equality movement in the United States had a similar strategy, as Kevin Cathcart and Leslie J Gabel-Brett talk about in their book Love Unites Us. Belfast Pride, and in fact a huge number of Pride festivals and organizations, are sponsored by large media conglomerates, alcohol companies and the like. But is it enough?

A perfect example of how the actions of a company can directly contradict its self-declared support for the LGBT community is the NSPCC in the United Kingdom. 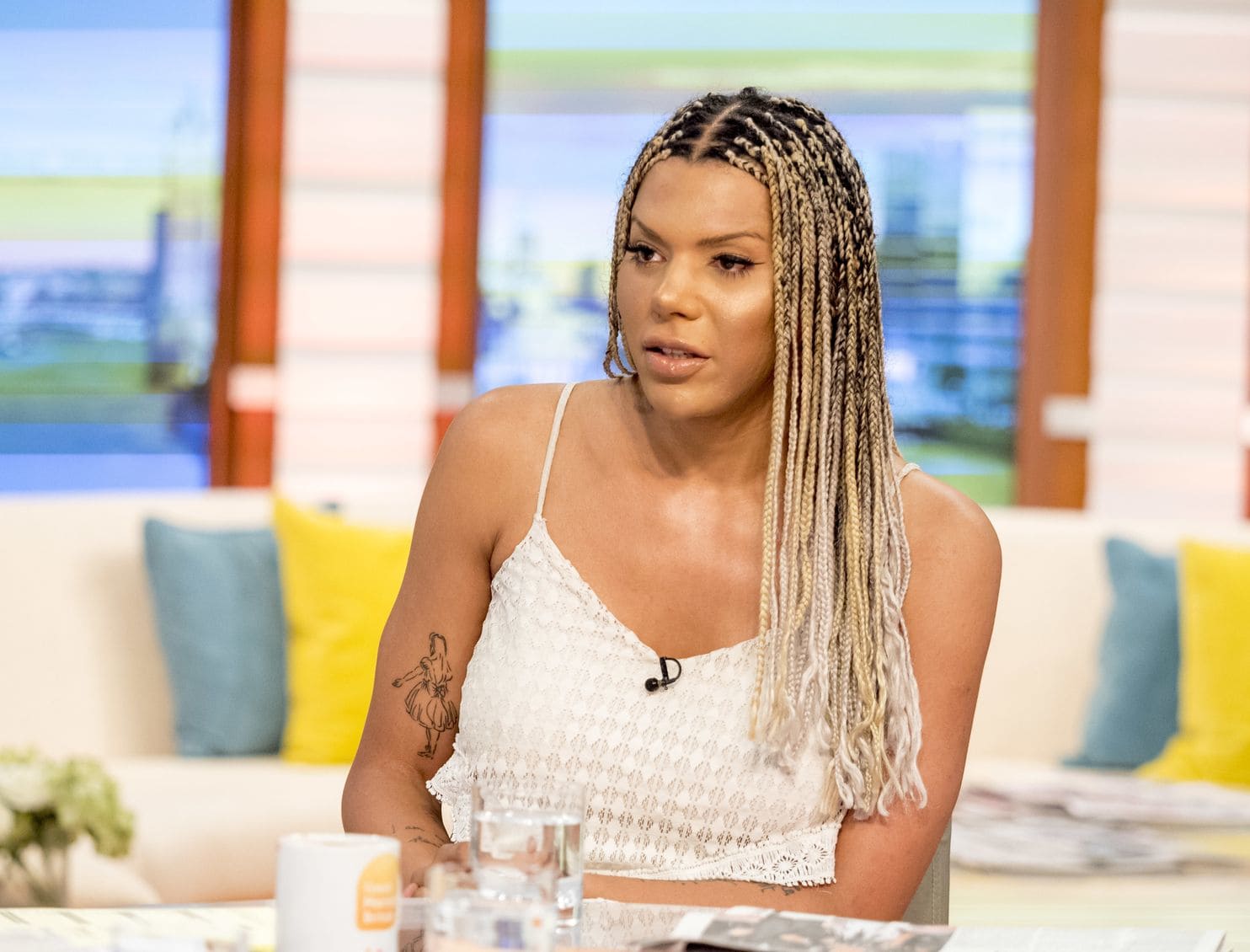 The National Society for the Prevention of Cruelty to Children recently partnered up with transgender activist Munroe Bergdorf as its first “LGBT campaigner.” After a wave of public hostility to the decision due to Bergdorf’s past modeling shots, the NSPCC dropped her without so much as a phone call. You don’t have to drill too deep into the social media comments from those opposed to Bergdorf’s role with the charity to understand that her modeling photos weren’t the issue at all. This was because she is a trans woman of color.

British actress Amanda Holden was an ambassador for the NSPCC and has modeling shots of a similar nature herself, to no public outcry about her suitability as a representative for a children’s charity.

The decision to drop Bergdorf as a campaigner has been rounded on by the LGBT community on social media, and queer people have urged the NSPCC to stop using its rainbow-branded social media logos during Pride month, in addition to demanding answers.

Similarly, there is consternation at the use of rainbow-themed social media branding for the UK Home Office, a department of the British government that has been the subject of headlines before for deporting queer asylum seekers to countries that criminalize their LGBT citizens. During Pride month we see Facebook, Instagram and Twitter adding Pride-themed emojis, hashtags and reactions as options for users, but they simply vanish from our apps when Pride month finishes in the United States.

Massive social media platform YouTube has faced sharp criticism in recent weeks over its handling of homophobic content by right-wing pundits like Steven Crowder, who launched what can only be described as a campaign of harassment towards gay Latinx journalist Carlos Maza. The Vox journalist had taken to Twitter to highlight the inaction of YouTube towards Crowder and posted a compilation of the insults that had been directed at Maza over the course of months.

YouTube has since begun removing content that doesn’t meet its now updated and revised terms and conditions, but it shouldn’t have come to a gay journalist having his home address and phone number doxxed by Crowder’s supporters for YouTube to do something.

Sometimes — most of the time — a rainbow flag on a company’s branding just isn’t enough. The instances I have highlighted with the NSPCC, YouTube, social media platforms and the UK Home Office are just a drop in the ocean of an increasing commercialization of Pride at the expense — rather than advancement — of our community.

We exist all year round, not just in June and July. Our community groups, Pride parades, LGBT youth and services need funding, support and sponsorship 365 days a year, not just for one parade in one city on one day of the year.

We need to demand more from the companies we patronize when they seek to represent us as allies. I have no issue with companies wanting to be allies, of course, but putting a rainbow flag on social media and then acting against the interests of our community is an insult.

What are your thoughts on the recent corporatization of Pride?

or Download the App to read the latest stories