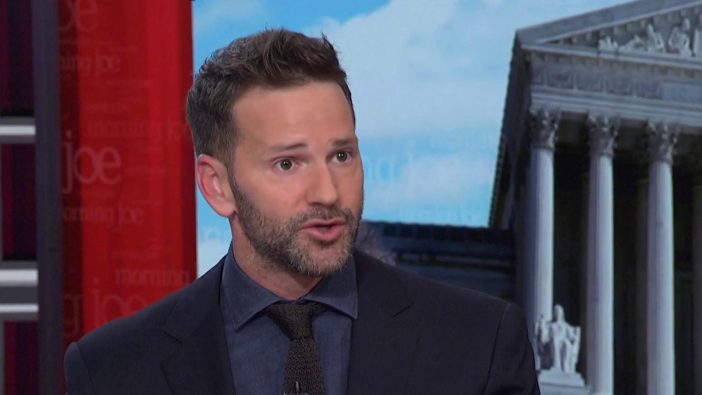 Earlier this week, disgraced Republican ex-congressman Aaron Schock raised suspicions that he might be preparing for a political comeback after he filed a Statement of Organization with the Federal Election Commission (FEC) for the “Schock for Congress” campaign. But Schock has finally revealed whether or not he’s going to run.

Basically the answer is no … for now.

Schock has kept his “Schock for Congress” campaign account active since his resignation in March 2015 and paid a series of legal bills out of it during a protracted investigation into his spending by federal prosecutors that the committee resolved earlier this year with an agreement to pay fines.

He said the recent filing on the account “simply changed the treasurer (position on the account) back to me.” … Schock said that “we don’t need a big third-party compliance firm like we had been using. They’re expensive.”

So it seems he has kept the fund open (even though it reportedly has no money in it) for legal reasons. And it also seems entirely possible that Shock might run again at some other point, though considering the recent leaking of his sexually explicit photos and the 2015 corruption scandal which brought about his resignation, it’s unlikely that he’d do very well.

Rumors of Schock’s sexuality began when he appeared shirtless in a 2010 issue of Men’s Health magazine and later showed up to White House picnic the same year in white jeans, a pink gingham shirt and a teal belt that he later burned after the photo of his colorful outfit went viral.

Related: Gay men in Coachella photo with Aaron Schock apologize because they didn’t know who he was

When asked by Chicago newspaper in 2004 and Details magazine in 2009 if he was gay, he said no. He answered the same way when asked by HuffPo’s Michelangelo Signorile at the 2012 Republican National Convention. He called Signorile’s inquiry “inappropriate and ridiculous” and not “worthy of further response.”

Fast forward to April 2019 when he was photographed sexually engaging another man at the Coachella music festival and later discovered hitting on men poolside at a West Hollywood hotel. Strange behavior for a “not gay” man.

During his time as a U.S. Representative, Schock supported both the so-called Defense of Marriage Act (DOMA) and opposed the repeal of “Don’t Ask Don’t Tell.”